"Every day, we make choices about what we wear and what we eat. This is about living in a way... that is more compassionate."

Amid the crab-free crabcakes and mozzarella-free mozzarella sticks, speakers emphasized the importance of fighting animal cruelty, especially in the wool, leather, fur and down industries.

"When you bring up the issues of factory farming or fur, people say, 'Dont tell me, I don't want to know,' but it's important for us to know and then to make choices we can feel good about," Baur declared to the attendees.

According to the Humane Society:

Saga Furs' Charles Ross argued to CNN earlier this year, "For people that have made the decision not to use fur, we certainly respect that. But, other people should also respect the right for a designer to use it." He also suggested that fur's chain of production was found to be humane.

Fur isn't the only controversial material. Kate Carter pointed out in a 2011 New York Times op-ed that leather can be just as problematic as fur, and some expensive leather "is most definitely not a [meat industry] byproduct, as it comes from newborn calves, or sometimes from calf fetuses."

Check out photos below of the show, featuring Vaute Couture's fashions: 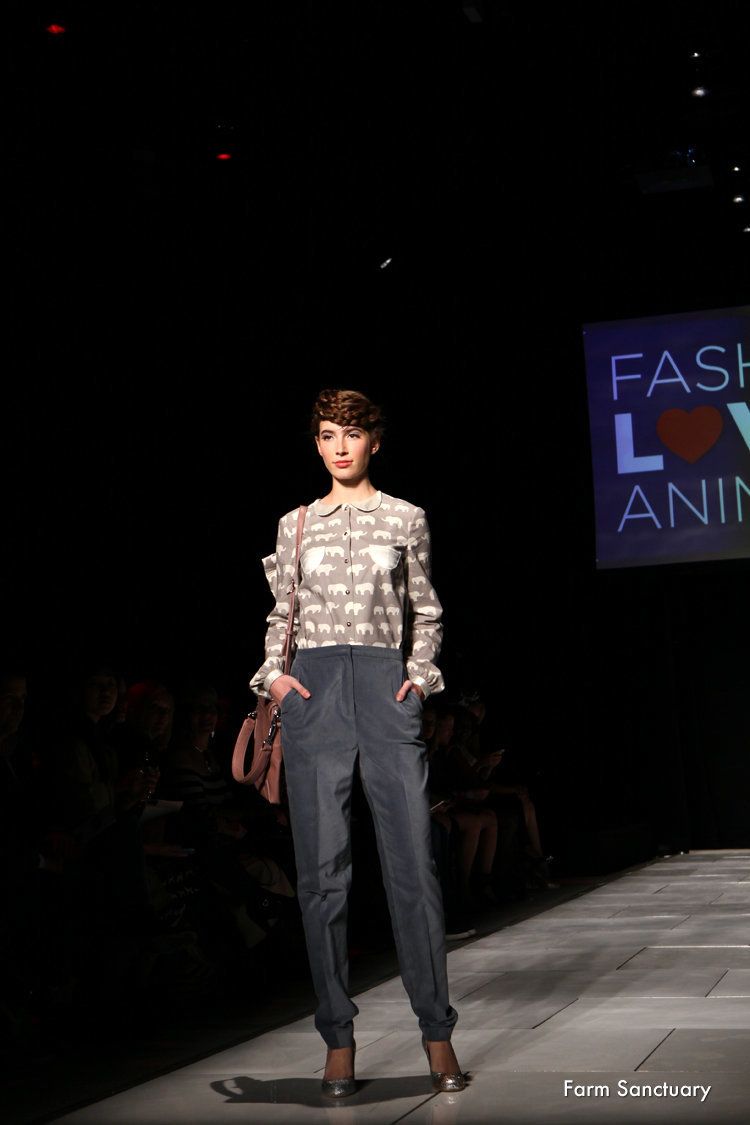