Seventy-five of fashion's most influential minds are set to meet on Monday night to begin the Fashion NYC 2020 yearlong project with New York's Mayor Michael Bloomberg. According to WWD, the group will discuss preserving the city as America's garment capital and:

As a separate initiative, designer Nanette Lepore has partnered with Senator Kirsten Gillibrand to look at ways to save the Garment Center.

"She came to me to hear about the Garment Center cause and has been actively on it ever since. Since our meeting, she has had her economic development director on the case in order to stay on it. I was really impressed with her--she's a go-getter and extremely sincere," Lepore told WWD.

Gillibrand even commissioned Lepore to create her re-election campaign t-shirt, which can be purchased at kirstengillibrand.com. 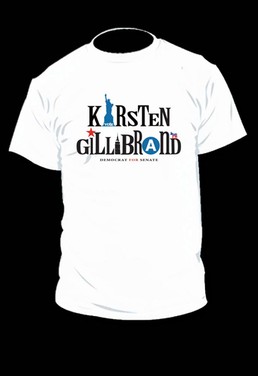