In it's eleventh year, Fashion Week El Paseo is in full swing in the large white tent in Palm Desert, CA. 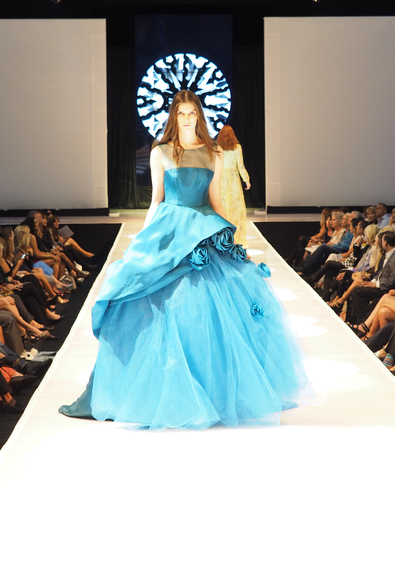 The new line included some of Lhuillier's traditional ball gowns fit for Cinderella, while other pieces were more Bohemian in style and ranged from jumpsuits to swimwear.

In an interview with the Desert Sun, the Los Angeles based designer said she was often inspired by her travels, as well as by art and architecture. She added that she'd love to dress Rihanna someday.

The runway tent was filled to capacity for the first event of the week, although the crowd was disappointed that the designer did not attend.