Do you ever think about whether or not your favorite white t-shirt is made from sustainable cotton? What about the effect of the latest fashion craze on an ecosystem?

Fashion is typically forgotten when thinking about environmental issues. Luckily, some big names in the industry are helping to bring it to the forefront of global issues -- voicing their opinions through their social media accounts and beyond. 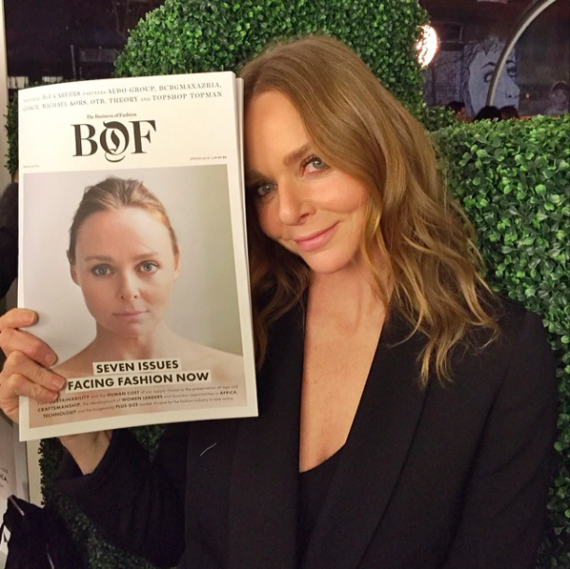 Known for her effortlessly chic silhouettes and evocatively-structured pieces, Stella McCartney has made a name for herself as a major player in the fashion industry. This month, she covered British fashion magazine, Business of Fashion (BOF), special print edition, speaking candidly about environmental issues facing the fashion industry right now. Her high-end garments and accessories are made in accordance with the company's mission statement: "We will continue to consider the impact we have on the planet as we design clothing, open stores, and manufacture products."

The designer does not use fur, animal skins or leather, forcing her to get creative with alternative materials, AND she uses organic cotton, recycled metal and biodegradable shoe soles. Whether or not these issues resonate with you, McCartney deserves a round of applause. Endorsing these products is her bandwagon of famous friends and followers, including Kate Moss, Cara Delevingne and Gwyneth Paltrow.

On runways that see an endless flow of leather and fur, McCartney especially gets points for making magnificently beautiful clothing without them.

Next up, Brazilian supermodel Gisele Bündchen. 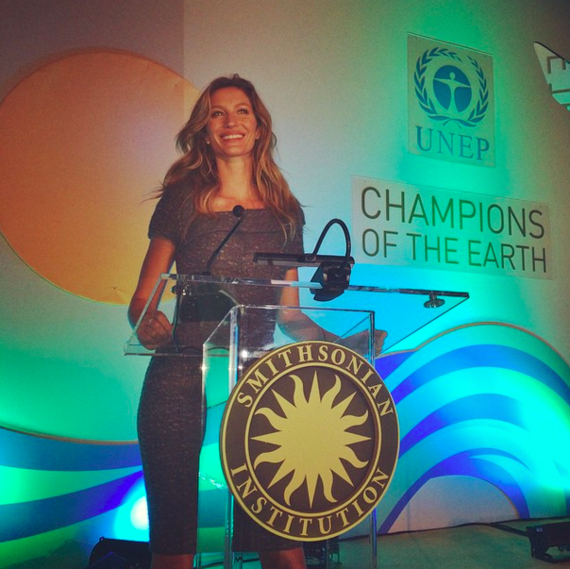 Bündchen, aside from having topped Forbes' list of highest-paid models for the eighth year in a row, is also Goodwill's Ambassador for the United Nations Environment Program. But, that's not all. She has acted as a leader in clean water initiatives, speaking out for the preservation of South American rainforests, and is a major supporter to the World Wildlife Fund. In 2014, she also joined the Rainforest Alliance board of directors.

Furthermore, in 2010, Bündchen even starred in an animated web series called "Gisele and the Green Team," which follows Gisele and her friends who lead double lives as supermodels by day, and environmental superheroes by night.

Her action and influence in the fashion is an inspiration to people around the world to be more environmentally responsible. 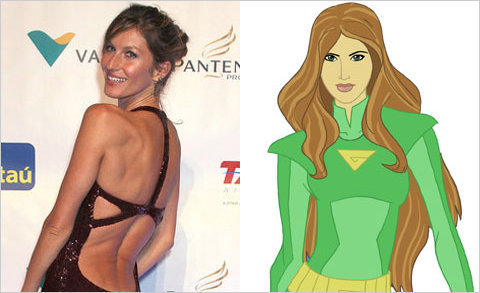 Gisele and her animated counterpart

These two ladies are making having a low environmental impact fashionable. With ethics being paired alongside aesthetics, it's time to increase awareness about what you buy.

Writer interested in how journalism, style, and technology intersect.