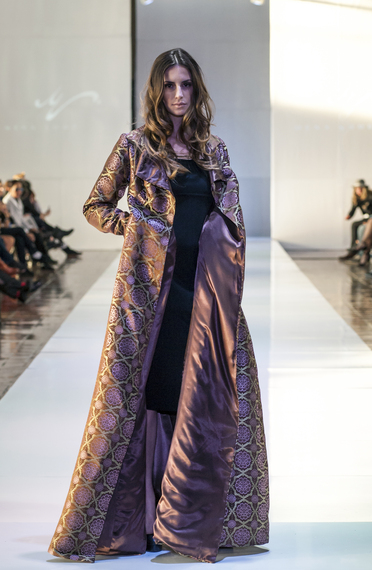 The risk averse and stubborn industry has waited too long to adapt and is now being forced to change as designers are dropping their support in search of more lucrative business opportunities.

"It used to be that designers couldn't afford not to participate in fashion week, but with the shift away from being an industry event, many designers are finding the events to be more costly than they're worth," states Executive Producer of Fashion Week Los Angeles, Christina Iannuzzi.

Participation in fashion weeks across the globe can range from thousands to tens of thousands of dollars just to take part in the event. In a market where people are spending less money on objects and more on experiences, fashion week has adapted to a publicly accessible experience. Temporarily the crisis seemed averted. Then industry heavyweights became deterred by the events accessibility and began withdrawing their attendance.

Short-term gains led to monstrous long-term losses with production companies profiting at the expense of the ecosystem they need to survive. While the historic consolidation of NY Fashion Week held under one tent revolutionized the industry for the better, publicly opening fashion week has done the opposite.

Fashion Week LA has closed its doors to the public to re-establish fashion week events as industry only events with monetization for brands as their key objective. They have removed the logistical problems that result from open attendance and eliminated many others that have historically served as obstacles to the press and buyers.

Negative press plagues Los Angeles Fashion Week with many asserting that Los Angeles will never be a true fashion capital. The high-fashion of Paris and New York may never take off among Angeleno consumers, but it is not the financial lifeblood of the industry that honor belongs to ready-to-wear.

Angelenos disposition to simple and socially adaptable ready-to-wear apparel has been adopted by the world at large, forcing fashion powerhouses like Paris and New York to either surrender their highbrow avant-garde sensibilities or recede into irrelevance.

While New York rose to prominence on the backs of its designers, Los Angeles will rise on the shoulders of its factories. With changing markets, comes new opportunities and Los Angeles is poised to cash in.