Fashion's Night Out: The Show finally came together last night with over 170 looks paraded outside of Lincoln Center in Manhattan, marking the largest public runway show in NYC history. Gisele Bundchen, Naomi Campbell, Adriana Lima, Karlie Kloss and a handful of other supermodels arrived at the show atop a red, double-decker tour bus wearing FNO t-shirts and a variety of elaborate skirts designed by the likes of Carolina Herrera and Oscar de la Renta.

And as quickly as they'd appeared, the models returned to their magic style bus, dancing with their arms up as the driver pulled away, Pharrell in tow imploring New Yorkers to go shopping.

Check out photos from the show and find out who was there. 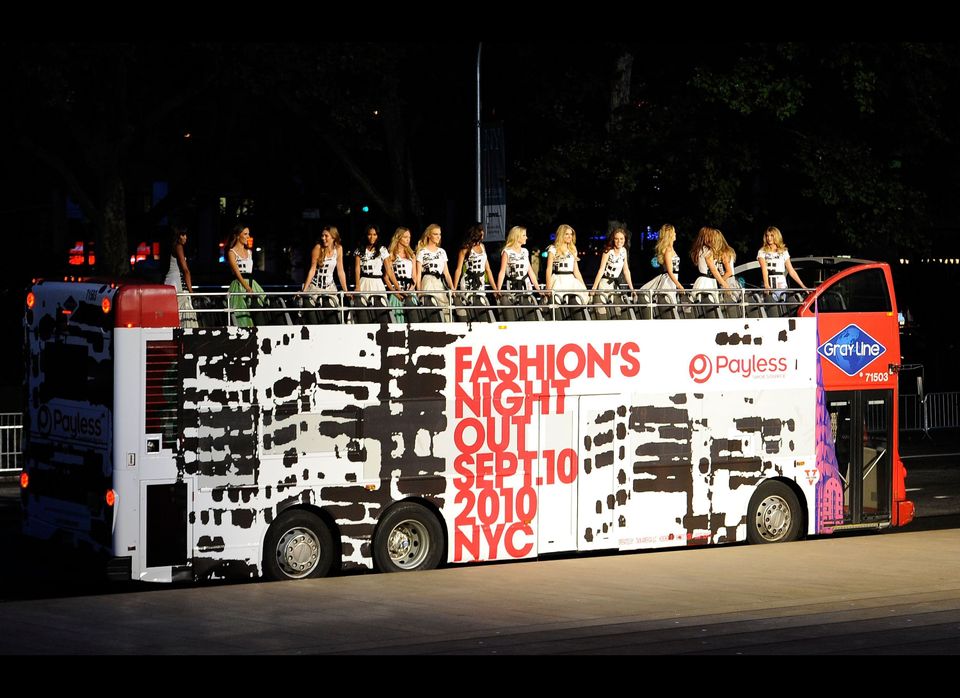 The show was produced by Spec Entertainment and sponsored by American Express, Maybelline, Payless, Volkswagen and QVC.