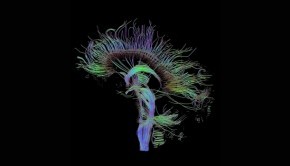 I've been reading a great deal of fiction (crime, literary and other genres) and observing as much as possible, not only about books, but about entertainment in various media.

It seems there's more and more blending of crime novels with horror, the occult, with paranormal events, romance, and science fiction. The genres are coalescing.

It appears to coincide with the proliferation of computer generated imagery in action-packed thriller and fast-moving action movies. We've all watched scenes in which actors engage in amazing feats of skill far beyond any human capabilities (I'm not talking about Spider Man or the other media cross-overs from comic books to the silver screen). I'm referring to the computer-generated imagery (CGI) in so many head-spinning ("Fast and Furious") crime and thriller films these days. Sometimes, these visual and auditory excesses are done at the expense of character development, or even plot. It seems to cater to the juvenile crowd intent on watching bodies fly, cars disintegrate, and buildings explode. I get the feeling I'm watching a comic book, not a movie. It occurs in many popular novels as well.

I guess the blending of book and movie genres makes sense in the context of the cross-pollinating technologies that have become an ever-present part of our lives.

Everything blends and streams: your cell phone; your computer; television; tablet; laptop; Twitter; Facebook; Goodreads; Pinterest; PMs, the blogosphere and texting--it all merges into an explosively-expanding, increasingly-integrated and multi-faceted information highway. There are very few stand-alone technologies now. It all coincides with the increasing role of near-magical gimmicks and technologies in many novels, television shows and movies.

Some of it is great; some is not-so-good.

We've all seen people in restaurants not talking to each other as they text and e-mail people who aren't there. They sometimes text each other--across the table. Our world seems to be moving faster; we've developed shorthand words for texting and writing. In fact, letter-writing is a lost art. I'm told more readers than ever have shorter attention spans. They don't want rich descriptive prose or deeply developed characters. Everything must move--fast and furiously--to a supercharged, easy-to-digest ending. Certain neural pathways in our brains are changing because of these developments. We now skim, scan and glance rather than read, perceive or think more deeply about the world. Our experiences are becoming a frenzied series of multi-media sound bites.

So, while the blending of genres and multiple technologies is fine, some elements of experience seem to suffer. Things are being dumbed (and numbed) down. What do you think? Please feel free to comment.