"Nothing to wear?" Well here's something to think about:

Every piece of clothing we buy has had an impact on our planet before we even bring it home.

That's before you step out of the door, walk down the street, and spot that attractive item you see hanging in the window.

First, there's water consumption. Two billion pairs of jeans are produced every year, and a typical pair takes 7,000 litres of water to produce. For a t-shirt, it takes 2,700 litres of water to make just one - that's the amount of water an average person drinks over the course of 900 days! 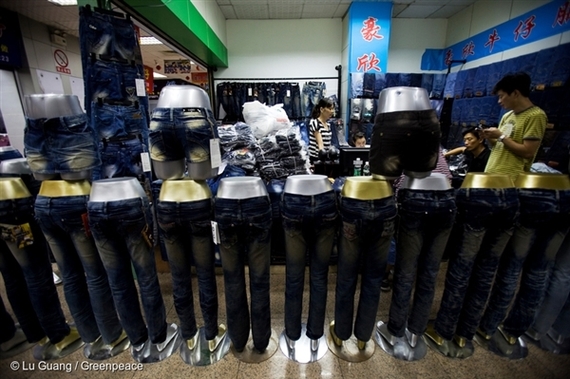 A shop at "International Jeans Wholesale City" in Xintang, the "denim capital of the world" in Guangdong province, China. In Xintang, where the economy is centred around textile production, Greenpeace East Asia has found high levels of industrial pollution and has documented the effects on the community.

Secondly, there's the dyeing process of which 1.7 million tonnes of various chemicals are used; not to mention the hazardous chemicals like PFCs that leave a permanent impact on our environment. 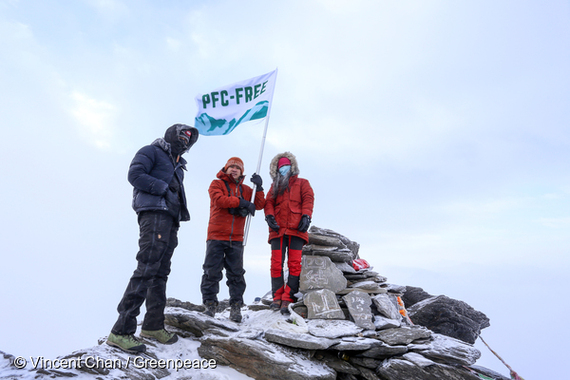 PFCs (per- and poly-fluorinated chemicals) are used in outdoor clothing to make materials stain resistant and waterproof. Some have the potential to remain in the environment for hundreds of years after being released. Here, three climbers from Mainland China, Taiwan and Hong Kong show it's possible to trek in harsh conditions in PFC-free clothing. 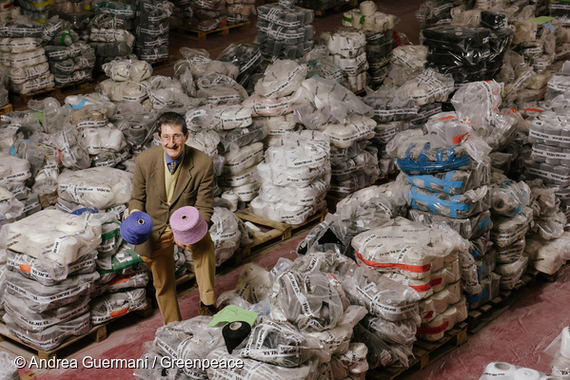 A textile factory in Prato, Italy, the biggest textile district in Europe. 20 companies from here have committed to eliminate hazardous chemicals in their factories. The agreement will affect over 13 thousand tons of yarn and raw materials as well as over 13 million meters of fabric every year.

According to a report by UK-based NGO WRAP, lower prices and reduced demand lessen the incentive for collecting used textiles, which could lead to more going to landfill. And as 2016 Goldman Environmental prizewinner Zuzana Čaputová has shown, no one wants more landfills in their town.

So how did we get this way? Since when did we get so obsessed with clothes? 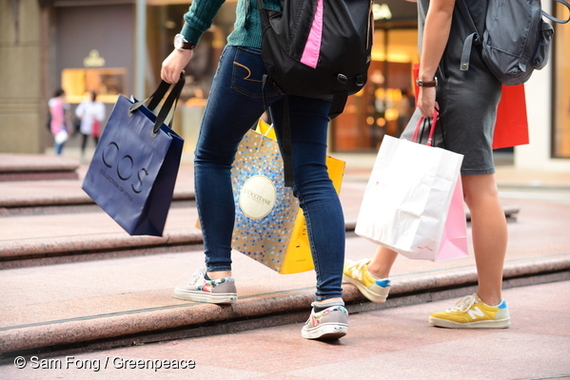 Overconsumption is one of the negative effects of fast fashion. In Hong Kong, residents throw away the equivalent of 1,400 t-shirts every minute!

One obvious reason is fast fashion. In an era of fashion bloggers and getting Insta-famous, being seen in the same outfit has been enough to warrant a "tsk-tsk" from the fashion police. Just over the last five years, the top fast fashion retailers grew 9.7 per cent per year, topping the 6.8 per cent of growth of traditional apparel companies.

But the fashion world wasn't always like this. According to Plenitude: The New Economics of True Wealth by Juliet B. Schor, Americans consume three times as much as their ancestors did fifty years ago, and they buy twice as many items of clothing as they did twenty years ago. In 1991, the average American bought 34 items of clothing each year. By 2007, they were buying 67 items every year. That's a new piece of clothing every four to five days! 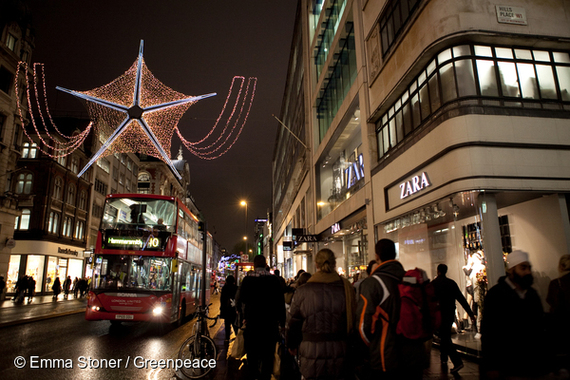 Fast fashion brands like Topshop, H&M and Zara are turning fashion into a "throwaway commodity"

So how can we fix fast fashion problems?

Firstly, it starts with you, the consumer and staying away from impulse purchases from fast fashion retailers. But it's not just about saving pennies - three years after the collapse of the textile factory Rana Plaza in Bangladesh, it's as much thinking about who made your clothes as well as the environmental impact it has made.

And if you think that dumping a bag of clothing at your local thrift store will help get rid of all that unwanted clothing, it doesn't quite work that way. Whilst donating is great in giving your old threads a second life, not all can be recycled. Back in April H&M's World Recycling Week, in which their aim was to collect and recycle 1,000 tonnes of used clothing, was an "illusion" of what true sustainability is, as only one per cent of collected clothing could be used as recycled fibres. 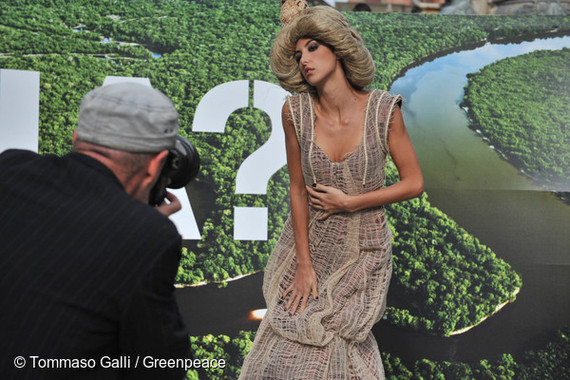 Get crafty! This model is wearing organic fibers and recycled material as an alternative to leather.

Instead get crafty and pick up a needle! 95% of discarded clothing can be upcycled or recycled. And fashion trends come in waves, so hang onto that 10-year-old t-shirt. You could be wearing it again in 20 years time!

But that's not to put all the aspiring artists and independent designers out of work. As legendary fashion designer Vivienne Westwood says: 'Buy less, choose well, make it last.'

So, still got nothing to wear?

This post is part of our "Reclaim" initiative, which showcases solutions to the issue of fashion waste and engages our readers to take action. You can find all the posts in this initiative, as well as feature pieces, investigative stories and video, here. Follow the initiative on Twitter at #Reclaim. And if you'd like to add your own thoughts to our series, sign up here for a HuffPost blog account.