Tens of thousands of protesters gathered across the country on Wednesday to speak out against low wages.

The demonstrations are led by the group Fight for $15, which seeks a minimum hourly wage of $15 for fast-food employees. Though McDonald's raised hourly wages to $9.90 for a fraction of its workforce earlier this month, workers say this is hardly enough and are demanding a basic living wage.

The movement has also grown to include protests for higher pay for adjunct professors, airport workers and employees at large retailers. Marches began Tuesday in Boston and Detroit, and soon expanded to more than 200 cities and college campuses on Wednesday.

Fast-food protests in over 100 cities last September resulted in dozens of arrests. This time, however, organizers are not looking to get arrested in order to make a statement.

"It's something different," says Kendall Fells, organizing director of Fight for $15, told USA Today. "This is much more of an economic and racial justice movement than the fast-food workers strikes of the past two years."

The Fight for $15 campaign first began in 2012 and is funded by the Service Employees International Union. 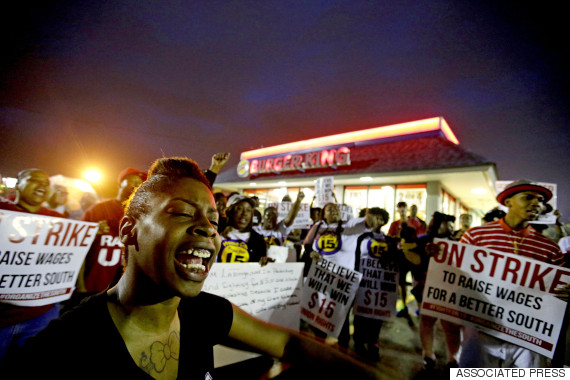 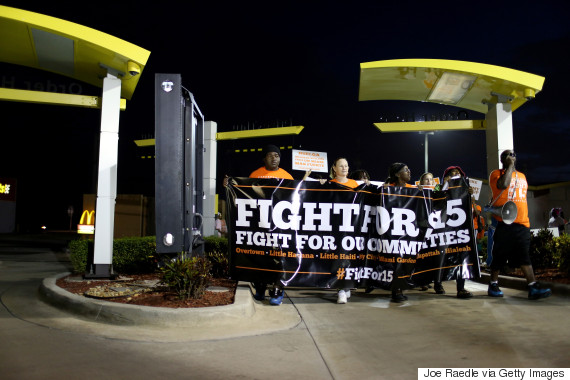 Taking over an intersection in NYC right now! #FightFor15 pic.twitter.com/tlqk13Wxd2 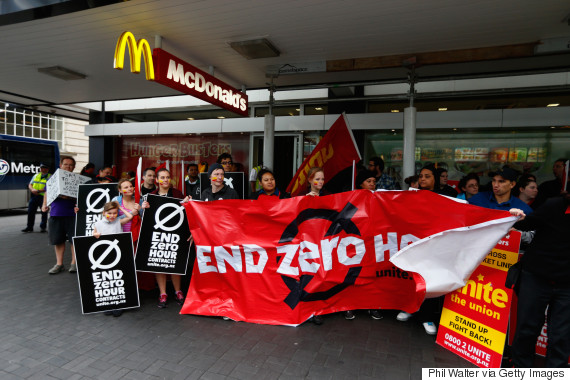