It's no secret that nationwide chains like McDonalds, In-N-Out Burger and Jamba Juice have secret menus. But what items are on these menus ... and why, in many cases, are they kept under wraps?

Although secret menus have been around for a long time at chains like Jamba Juice and In-N-Out Burger—the latter actually publicizes its secret menu—the concept is starting to catch on among other fast food chains, according to NPR. While customers often like knowing what’s on the menu before visiting an eatery for the first time, secret menu items add an extra layer of uniqueness to diners looking to make themselves distinct. NPR also reports that secret menus often make customers feel like they are “in the know” at certain eateries, thus enhancing the connection between the individual and the diner and increasing customer loyalty.

While some of the most popular secret menu items are unique concoctions—like In-N-Out’s “Animal Fries” and Jamba Juice’s “Gummi Bear” smoothie—others, like the McDonalds “Big McChicken,” are combinations of menu classics.

Here’s a list of some of the most well-know eateries with secret menu items that are sure to wow, please and sometimes puzzle you on your next trip. 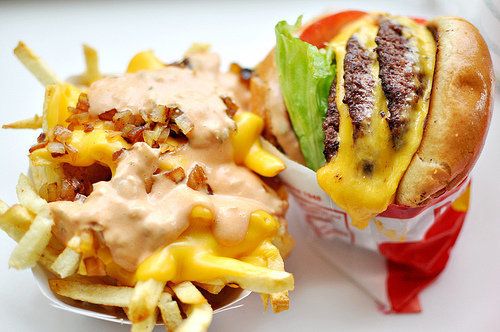