McDonald's, Burger King, Wendy's, Taco Bell -- which one are you craving today? It's pretty likely that you have a favorite fast food chain and that you love many of the tasty options offered at these restaurants. It's hard to miss them. As of 2012, there were 263,944 fast food restaurants in America with a combined revenue of well over $100 billion.

With a Gallup poll revealing that 8 in 10 Americans eat fast food at least monthly and half saying they eat it weekly, these companies know they have a good thing going. And with all the savvy marketing they do, it's no wonder you're itching for that Big Mac. But before you scarf one down, you might want to truly evaluate what's going on with your fast food. Here are some truths that may make you wonder if you still want to go to there for lunch.

Look at this delicious egg sandwich from Subway: 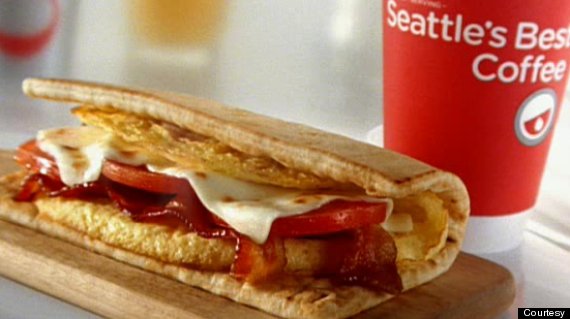 Too bad you're eating a lot more than just eggs:

David DiSalvo, a writer at Forbes, decided to really look into the eggs in popular fast food breakfast sandwiches. What he discovered was that their "eggs" are really a strange concoction that includes eggs and "premium egg blend." Some things that are in this special blend include glycerin, a solvent found in soap and shaving cream, dimethylpolysiloxane, a silicone that can also be found in Silly Putty, and calcium silicate, a sealant used on roofs and concrete. The age of just cracking an egg and cooking it has long since passed.

Here's what you get when you order McNuggets:. 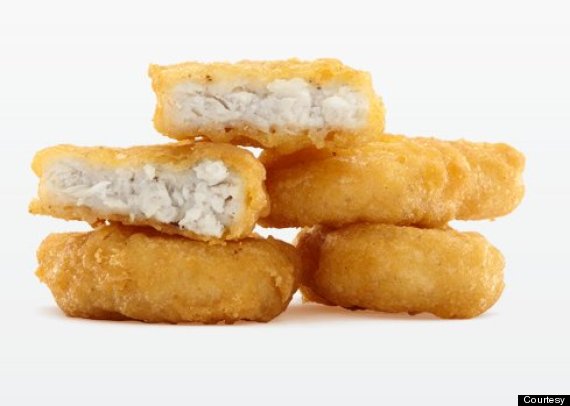 But this is what they may have looked like before: 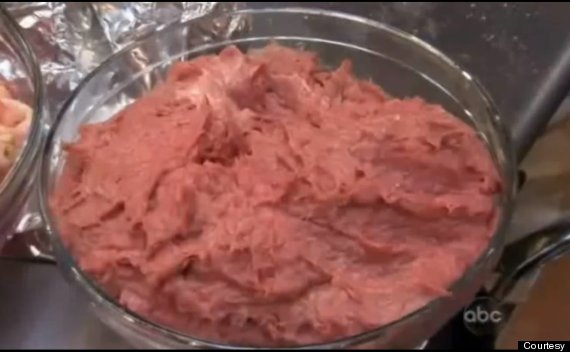 "Mechanically-separated meat" is a mixture created when the bones and carcass of a leftover chicken are mixed together in a food processor. There's been a lot of back and forth about what that lovely pinkish sludge actually looks like, but chef Jamie Oliver decided to create a chicken mixture, shown above, to show what it might theoretically look like. This slime is then molded into a nugget shape, breaded and fried. However, McDonald's has released a statement indicating that the company "does not process any of its meat products in the manner that is described in the mechanically separated chicken story or photo" and that nuggets made in the U.S. are "made from USDA inspected boneless white meat chicken." Reddit user "Dfunkatron," who claimed to be a former McDonald's employee, told a horrifying story about his workplace:

" [...] I accidentally left a whole bag of about 100 chicken nuggets out on a counter for way too long. They melted. Into a pool of liquid. I never understood why. But they were completely indiscernible as being the nuggets i once knew." 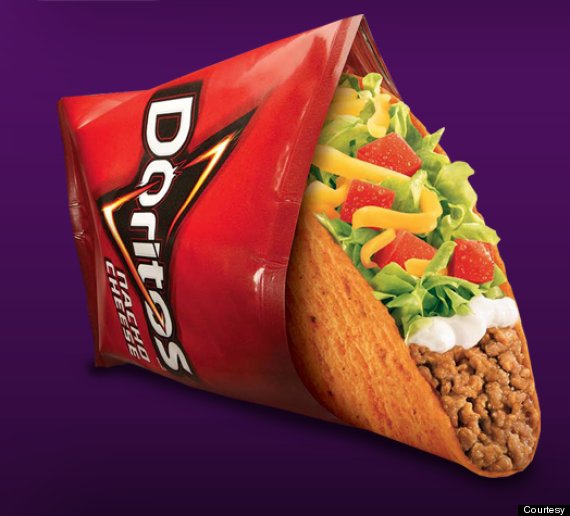 And this is what the meat looks like before it goes into that taco:

This meat-in-a-bag looks extremely appetizing ... it sort of reminds us of gingerbread. Back in 2011, Taco Bell came under fire over claims that its meat was only 36 percent beef. While the controversy has been cleared up and we now know that Taco Bell is serving meat, there's something weird about the fact that it gets delivered in plastic-wrapped sheets. 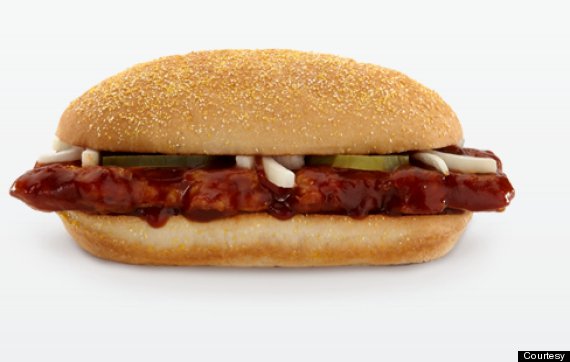 And this is how it was delivered to your McDonald's:

Recently, the limited-time only McRib created headlines when a Reddit user shared what the McRib "patty" looks like frozen. Don't worry, the "breaks" in the meat aren't real bones.

Maybe you're trying to be healthy with a side salad: 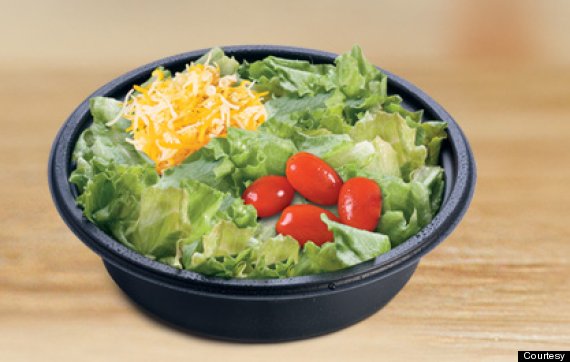 But unfortunately it may have some questionable chemicals in it...

Unsurprisingly, most fast food restaurants don't list the exact ingredients in their lettuce -- you wouldn't think they'd need to -- but many places dust their salads with propylene glycol to keep the leaves crisp. While considered safe for consumption, propylene glycol can be found in antifreeze and sexual lubricants. Above, a picture of someone's Burger King "side salad." We can't tell what's on it, exactly, but it looks sad.

You love the tomato-based sauces at your favorite chain restaurant... 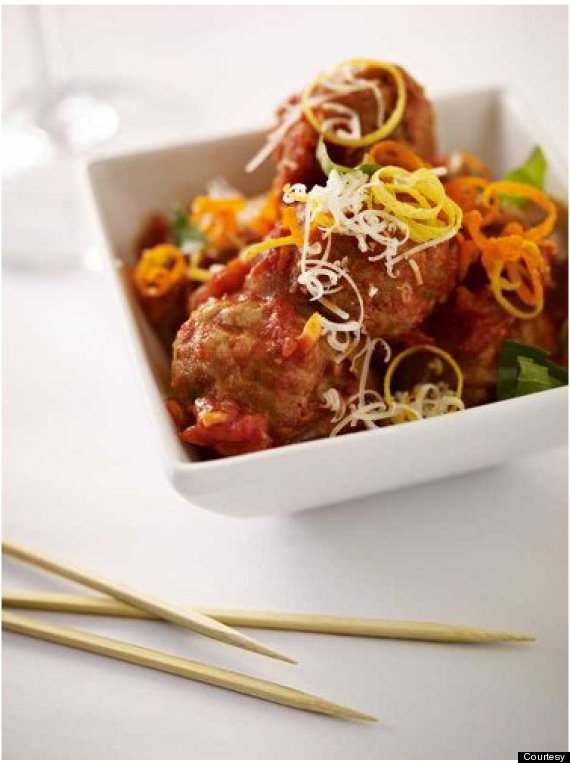 But the FDA is cool if that sauce has maggots and fly eggs in it...

On the U.S. Food and Drug Administration's reports on "Inspections, Compliance, Enforcement and Criminal Investigations," the agency says it's acceptable for sauces to contain "30 or more fly eggs per 100 grams" and "1 or more maggot per 100 grams." At those levels, you probably wouldn't notice, and if you did, it's really just protein anyways. But still ... yum. 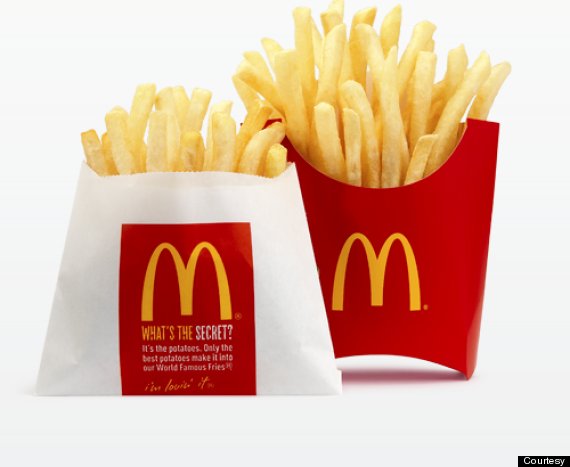 And here are those fries after aging for three years: 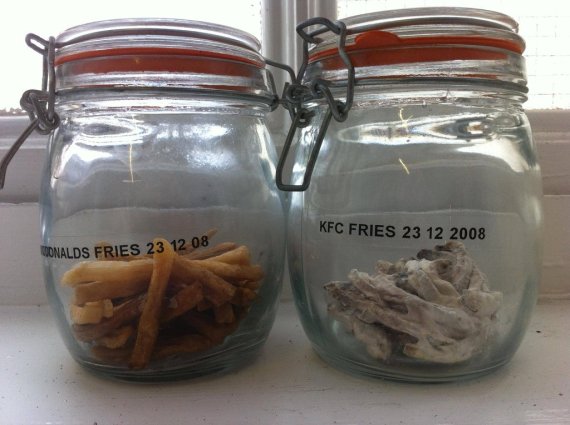 These McDonald's and KFC fries were sealed in these jars in 2008, and the photo was taken in 2012. A little more than three years later and the McDonald's fries show few signs of aging. Marion Nestle, chairwoman of NYU's food studies program, told Salon that you can thank heavy servings of preservatives for that ageless quality. She said McDonald's would have to use "a lot of sodium propionate to prevent bacterial or mold growth." If only eating fries would keep you looking so young.

There's nothing like an order of Papa John's pizza:

But the company refuses to tell you what's actually in their pies... 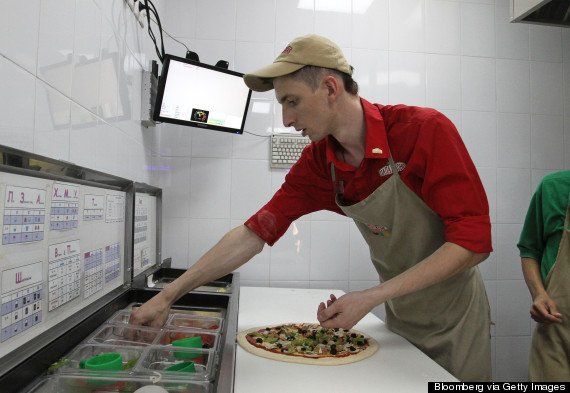 Their motto may be "Better Ingredients, Better Pizza," but Papa John's won't let you in on just what those "better ingredients" are. Melanie Warner, a writer for US News, found out firsthand when she called a Papa John's and asked about the ingredients. The employee told her, "I think they're listed on the website." When Warner realized the complete ingredient information wasn't actually listed there, she called Papa John's customer toll free number. She was told that if she wanted "additional information on allergen or nutritional info," she should leave a message with a certain representative. She left two messages and never got a call back.

While we're still largely in the dark, at least we know that Papa John's has pledged to stop raising sows in gestation crates, which confines pregnant pigs in small enclosures in which they cannot move. While mystery still remains as to what exactly is in Papa John's pizza, they're not the only ones who withhold this information.

Perhaps you would like to warm up with some Wendy's chili: 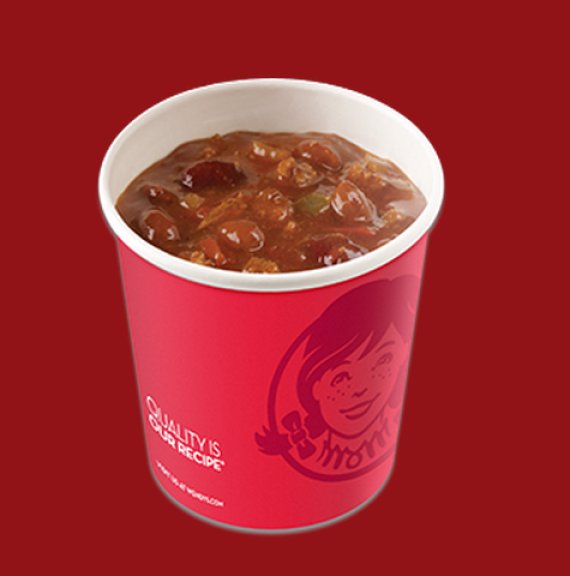 It's filled with sandy goodness...

Wendy's claims their chili has an "award-winning taste." Maybe that's because it has silicon dioxide in it. Also known as silica, silicon dioxide can be found in quartz or sand. It also serves as an "anti-caking agent,” allowing the chili to stay looking fresh.

Here is the McDonald's classic: a tasty hamburger: 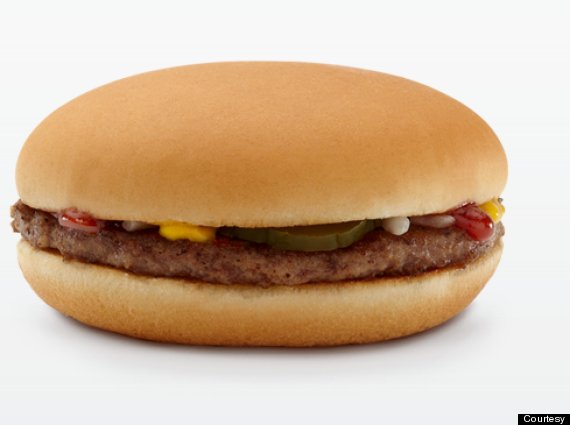 And it looks like you can still eat it 14 years later:

Yes, that is what a McDonald's hamburger looked like after a man forgot it in his coat pocket ... in 1999. David Whipple, revealed to the TV show "The Doctors," that this 14-year-old burger appeared to have never aged. In 2010, J. Kenji López-Alt conducted a series of tests for Serious Eats to figure out if various burgers would rot over time. He theorized that the burger didn't "because its small size and relatively large surface area help it to lose moisture very fast. Without moisture, there's no mold or bacterial growth." We dare you to take a bite.

CORRECTION: A previous version of this post stated antifreeze contains propylene glycerol; it in fact contains propylene glycol. This post also implied that McDonald's used "mechanically separated poultry" in their chicken nuggets. However, the company has repeatedly denied this claim and released a statement indicating that they do not use "MSP."