Originally a popular street food in Vietnam, pho has definitely left the streets and made its way into the hearts of many worldwide.

Picture a bowl of pho and you'll start craving tender meat, steamy broth, and the fresh aroma of natural herbs. Breaking it down, pho is a delicious equation made of three main parts: the noodles, the broth, and the meat.

The broth is probably one of the reasons that keep us yearning for more; the rich intense taste of a good steamy soup is what gives pho that magic touch.

However, a good broth is easier said than done. It takes countless types of meat, various spices, and hours to cook to create that intense flavor. So you want some homemade pho but don't have that time to give?

Well, head to the kitchen with a smile, I've got a fast and delicious recipe pho' sure to satisfy your taste buds.

Looking for some other asian recipes? Check out my posts on Bok Choy Stir Fry and Vegetable Miso Udon Soup. 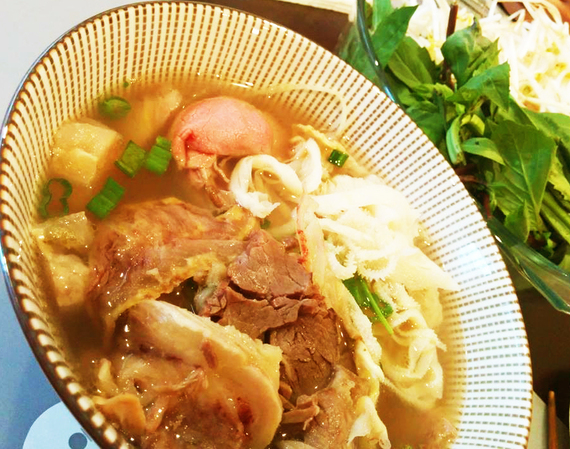 Quality pho is all about the ingredients. It's a pretty lengthy list indeed, but trust me, it'll be worth it.

Goodies to go into the Soup:

Last but not least, is ingredients for the table salad. What makes pho unique, is that every bowl's one of a kind, since everyone grabs what they like from the table salad according to their own personal tastes. 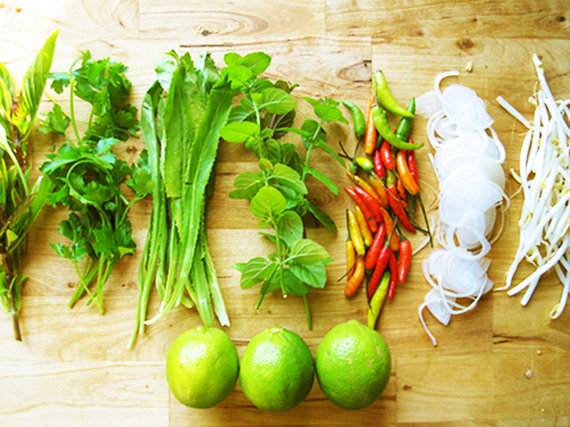 So if you're preparing for a large group, just make sure there's a bunch of choices to satisfy even the pickiest of eaters.

So what you've been waiting for, what exactly is the secret trick in cooking fast quality broth without spending hours in the kitchen?

Well, it's all in the ingredients. According to Vietnamese Chef, Mai Pham, the trick is to toast the onions and spices before adding them into the broth.

Toasting will give off that same rich flavorful aroma that usually takes hours to produce, magic indeed. 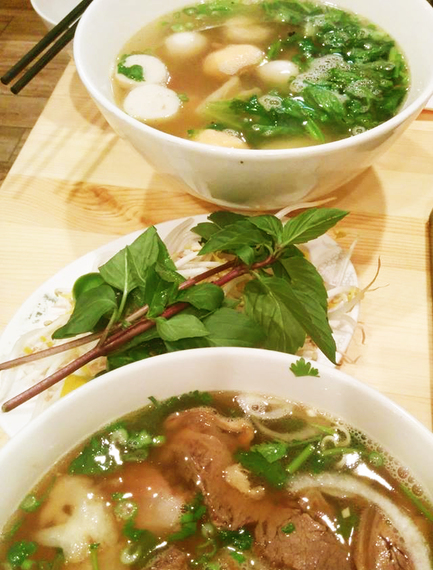 Authentic pho takes medium rare seriously, so make sure to place the meat into the soup raw and let the soup do the work of cooking.

Tender noodles, juicy medium rare meat, and fresh herbs all soaked into a piping hot flavor infused soup, what are you waiting for? Go get yourselves some pho.

An absurd look at the world of food