What do bodies and nationalism have in common and what is the link between beauty and consumption? Julia Korbik talked to British psychotherapist Susie Orbach.

The European: Miss Orbach, what do you see when looking at yourself in the mirror in the morning?

The European: Your books are titled Fat is a Feminist Issue, On Eating or Hunger Strike among others. In London you are treating people who are generally dissatisfied with their bodies. Where does your interest for the physical, for the body, come from?

Susie Orbach: I don’t know! Before I wrote my latest book, Bodies, in 2009, I thought I would never again write another book about bodies. But I was so concerned about the way bodies were becoming commodities and objects. First for girls, and now also for boys. I felt I needed to address how we understand the role of our bodies in culture, in late capitalism. So I think my interests in the issue emanated from anguish and concern. As someone who is critical of contemporary culture, I have political concerns.

The European: In Bodies you deal with issues like hating our own bodies, eating disorders, delusional dieting and cosmetic surgery. “The natural body,” you write, “is a fiction.” What does that mean?

Susie Orbach: We think of the body as being natural. But it is actually more about embodiment.

The European: That you have to explain.

Susie Orbach: The acquisition of the body is something we learned within our intimate family. And the intimate family is an expression of the wider culture -- because our parents or those who raise us are intimate people, but they are also people who live in culture, who also have been brought up. They introduce us to ways of being in and apprehending our bodies, they show us how to relate to our bodies.

The European: For example?

The European: What you’re saying is we learn how a body has to be. 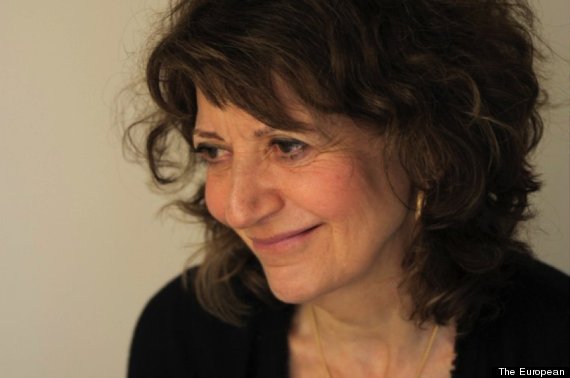 Susie Orbach: Yes! It’s not like we sit down and get instructions. It’s about how we’re treated, how our bodies are related to. So in that sense it’s very naturalized. Because you can’t relate to a baby without relating to a baby’s body: you hold it in a certain way, you pick it up or cuddle it in a certain way. It feels very natural and personal. Which of course it is! But it’s also being given to us by the person who is looking after us.

"You are your body, you have to take care of it"

The European: The body is today at the center of our attention; We follow special diets, we detox and we push our body to its limits by working out excessively. We tell ourselves that we’re doing this because we want to take care of ourselves. The idea behind that is the one of a sound mind in a healthy body.

Susie Orbach: For me it’s not so simple. Sadly, that’s the kind of rhetoric, “You are your body, you have to take care of it! You’re the individual, you’re responsible. It has nothing to do with what’s going on in the wider society.” I mean, a lot of people go to the gym to get a worker’s body, don’t they?

The European: Where does this urgent need to “fix” our bodies, to show that we have worked for them -- that they are earned, not given -- come from?

Susie Orbach: There are different aspects. Of course it’s good to move, especially because a lot of us have very static jobs in front of screens. But there is also enormous commercial pressure, which works in many different ways.

The European: Which kind of ways?

Susie Orbach: On the one hand, it says that our bodies are the most important thing about us, that they’re signs to the world about who we are, what our expectations, our longings and our capacities are -- and that because of this we have to decorate, train and shape them. And then there’s another kind of ideological message: “It’s up to you. You are the person who can make you healthy. It’s not relevant what’s going on in the society. If you protect yourself and keep moving in a certain way, if you eat healthily, you won’t get sick. Well, maybe -- but probably not.”

The European: You are what you eat and how you work out.

Susie Orbach: Exactly. In Germany, in the pre-war period, one had lots of interest in a healthy body as part of what it meant to be a good German. With the beginning of the industrial society, I suppose, people started thinking: “How do I make this body do something different?” Now, in our post-industrial society, we’re doing this again: we’re producing a body that we think is okay. We’re actually producing our bodies instead of producing something else.

The European: What kind of body is considered to be okay nowadays?

Susie Orbach: Something that you buy, actually!

The European: That is to say: something not very natural.

Susie Orbach: Well, something that maybe a couple of people in the world have, but not lots of them.

"The norms have changed"

The European: We all think caring for our body is a natural thing to do. But where does “normal” behavior begin and where does it end?

Susie Orbach: I don’t know, I think we’re always redefining that. It’s very hard. Of course it’s a great pleasure to go for walks, get some exercice and eat really well. But I think there are a lot of people for whom the pleasure comes from having overcome the bounds of the body rather than being in tune with the body. And it’s an artificial version of what “being in tune with the body means” anyway.

The European: In Germany 10 to 20 percent of the population are suffering from an eating disorder. Most of them are bulimic, 20 percent are anorexic.

The European: On the one hand, there are those who starve and throw up in order to become or stay slim. On the other hand, more and more people are overweight -- for which they are despised.

Susie Orbach: Yes, it’s very frightening. Those people considered to be overweight are exposing the very thing the “normal” people want to control. I think you could look at compulsive exercising or depriving yourself of food and compulsive eating as the same thing. The overeating shows, the other ways of managing food don’t show.

The European: In an article for The Guardian you wrote: “Our idea of a healthy body is so destabilized that insecure people have come to bolster their own bodies by deeming others -- those with fat bodies -- less worthy, less capable and less employable.” We despise fat people out of self-hatred. Why do we hate ourselves so much?

The European: In what way?

Susie Orbach: Take the fashion industry: it’s not a nice little business, but a vicious one where people are engaged in making clothes in the most terrible circumstances to satisfy the streets of Berlin and London, New York and L.A. I think number three and four on the rich list are people who are in the fashion business or the beauty business -- take Estée Lauder for example, who is in the beauty business.

The European: But being big and having high sales figures does not make these businesses inherently bad.

Susie Orbach: No. But: these are businesses that thrive, that make their money by destabilizing people, by making them feel that their bodies need to change. Beauty has become imperative rather than pleasing.

The European: I read that you think our disconnection with our own bodies has to do with an incapability of managing our desires.

Susie Orbach: We are invited to manage desire in the terms of which desire is offered to us. We are invited to consume all the time as a form of meeting desire -- as opposed to desire occurring in a relational sense or in an artistic, cultural sense. I’m not against consumption, but that’s the place in our society where desire is supposed to be expressed.

The European: How can we change this consciousness? You for example helped to create Dove’s “Real women” campaign, you created “AnyBody”, a website encouraging women to accept themselves.

Susie Orbach: A very good question. For example, I work very closely with the British government to try to change the attitudes of mothers so that they don’t pass on their troubles to the next generation. I think we have to work with commercial companies to try to show them what’s really happening! We have to work with young women to enable them to have the confidence to contest and transform the narrow definitions of femininity and beauty.

The European: But does this work?

Susie Orbach: Well, political education takes a long time. The environmental movement started 40 years ago -- it takes time for the consciousness to change! We work with a lot of young women, trying to help them change their culture, creating a culture that feels edgy and inte resting and somehow artistic, rather than uniform and homogeneous.

The European: How can feminism be part of that? You as a self-identified feminist once stated that feminism has lost when it comes to body issues.

Susie Orbach: I probably said that at a time when I was very aware of the kind of feminism that was around.

Susie Orbach: …one where all was about individual women rather than about what’s possible at a level of collective action. Now we’re seeing an awful lot of young people practicing feminism or encountering it. I don’t know how it is in Germany, but there is a lot of activism in Britain. It’s exciting! Feminism, like any political movement, goes forward, then backward -- and then it has to go forward again! There’s a tremendous energy now.

The European: You’re in your sixties now. Does aging help to become more relaxed about body issues?

Susie Orbach: On one level: yes. But I’m made to be very aware of these things. It’s obviously part of my very personal quest to accept the changes in my body and to actually enjoy them. I don’t think that’s true for all women -- but there are some studies that show that women become more comfortable in general when they get older. They feel more comfortable about their opinions and expressing themselves. The body is not the central feature of who they are. But, of course, some women we know are still sadly very critical of themselves when they’re 80!