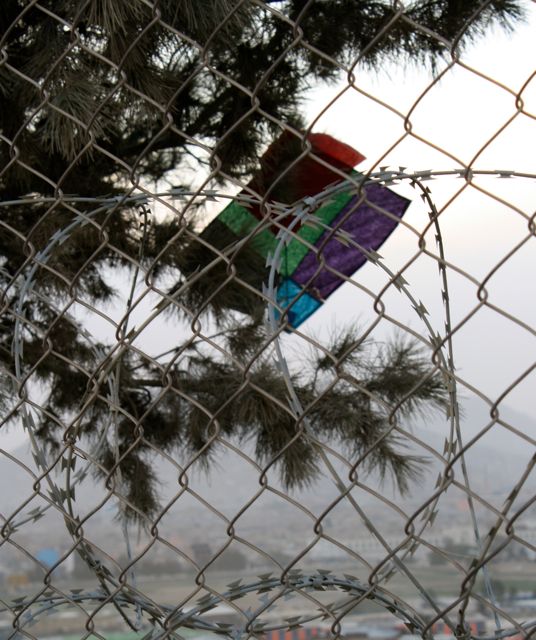 The following is the result of numerous conversations and correspondence with civilians in and from Khyber Pakhtunkhwa (KP) and the Federally Administered Tribal Area of Pakistan (FATA).

The FATA agency of Waziristan is sealed behind an Iron Curtain controlled by the Pakistan Army. Journalists are forbidden entry, except accompanied by army handlers. Meanwhile, Pakistani officials, think tank intellectuals and government-controlled media fill the information vacuum with tales of their nation's constant battle against the Taliban and its fierce tribal allies. The Pashtun people of FATA tell the story differently.

Sometimes the American military makes mistakes. Sometimes they are tricked into making mistakes. Sometimes the U.S. does beneficial work for selfish reasons, and sometimes its policies are bad or just plain stupid. But far more often the thousands of service men and women from the 50 nations participating in the ISAF Coalition are performing vital assistance, rebuilding Afghanistan, a nation that, from 1978 to 9/11, was completely demolished. American Cold War politics contributed greatly to this demolition. However, the inability to accept that all of these things are true makes so-called "anti-war" activists such as Code Pink, easy for Pakistan's Inter-Services Intelligence Directorate (ISI) to manipulate. Clinging to the simplistic Vietnam era mind-set, where ere goes the U.S. military, misery follows -- they fail to comprehend the ground reality of their impassioned "Troops Out -- Stop the Drones" mission.

Pakistan's policy towards Afghanistan, called "strategic depth," is about aggression. In pursuit thereof, truth and respect for human life are the first casualties. No high-priced Hollywood psychic is needed to foresee that terror acts by the Taliban, along with aerial and ground attacks by the Pakistan Army are depopulating FATA's border regions to facilitate a post-ISAF invasion of Afghanistan. The depopulation is greatest in the Mahsud Tribal zone of South Waziristan. Recently, Pashtun scholar and attorney, Muhammad Zubair Mahsud, explained that, since 2004, the army has periodically air-dropped leaflets instructing residents to evacuate in advance of anti-Taliban "cleansing operations." With civilians lined up for miles behind army checkpoints, jihadists and their families are waved along to the front of the line and given safe passage out of the agency. Curiously, the jihadists' homes (to which they return) are spared in the bombing raids, while thousands of civilians' homes are blown to smithereens.

Pakistan wants the U.S. to stop gumming up the strategic depth works. Therefore, its propagandists fulfill with grand showmanship the anti-military expectations of American and European leftists. This was perfectly exemplified by Code Pink's October 2012 trip to Pakistan. Declaring their mission to meet with members of the Mahsud Tribe in South Waziristan, a Code Pink delegation joined former cricket star-turned politician, Imran Khan, in a parade from Islamabad to the town of Tank, just outside of Waziristan. There the army maintained the Iron Curtain by blockading the highway with shipping containers to halt the procession.

Khan pretends to be anti-Taliban, but last year he encouraged them to wage jihad in Afghanistan, ignoring the fact that most Taliban targets are civilian. Khan excuses the Taliban's suicide attacks in Pakistan as a response to the siege on the Lal Masjid Mosque in Islamabad, which began and ended in 2007. His explanation for Taliban activities such as heroin trafficking, kidnappings and extortion, etc., is to write them off as the acts of criminal gangs "in the guise of the Taliban." It is increasingly difficult to discern just what about the Taliban Imran Khan dislikes.

In return for his friendship, the Taliban gave Imran Khan's right-wing Pakistan Tehreek-e-Insaf political party a free pass during Pakistan's parliamentary campaign season, which ended earlier this month. Meanwhile, they declared war on and target-killed at least 130 candidates and campaign workers from three secular political parties, bombed a women's polling station near Peshawar and forbade women in North Waziristan from leaving their homes to vote. How is it American "peace activists" fail to comprehend how their protests support a brutal mafia, under whose oppressive rule they themselves would be loathe to live?

In Taliban and Anti-Taliban, author Farhat Taj explains how the Taliban came to power in FATA and KP, detailing who was bought, who was coerced, who fought back and -- sin of sins -- she has contradicted Pakistan's government, media and think tanks, by writing that the people of KP and FATA are grateful for the drones. According to Taj, Code Pink's quest to visit the Mahsud Tribe was pointless, because the vast majority (hundreds of thousands of them) are internally displaced, scattered across the country in the wake of Pakistan army operations.

"Predator drone attacks in the Mahsud region of South Waziristan have been rare. So why was Code Pink so determined to visit the Mahsuds? North Waziristan is by far the most drone-hit area. If the drones were devastating civilians, the North Wazirs would be as internally displaced as the Mahsuds, but they are not."

Code Pink's co-founders, Medea Benjamin and Jodie Evans, did not respond to telephone and email requests for comment.

Many Americans protest the drones on the basis that the United States is not at war with Pakistan. But few noticed when, at the signing of a lucrative "peace deal" with Taliban commander Nek Muhammad in 2004, General Safdar Hussain made an informal declaration of war, encouraging the Taliban to continue waging jihad against the United States in Afghanistan. This "peace deal" facilitated the jihad by replacing the traditional political order (led by tribal leaders) with a new order (led by Taliban commanders). Taj laments:

"Tribal leaders who resisted or protested were target-killed in the following months and years. Upwards of a thousand tribal leaders have been killed since 2004. Yet no one from the anti-war movement has reached out to their families to learn how they resisted the Taliban and were killed and whom their families hold responsible for the assassinations."

In her book, compiled from thousands of interviews with FATA and KP residents, Taj states the families hold ISI responsible via its proxy, the Taliban. In North Waziristan, where the drones are active, people are home to answer their doors. Though obtaining honest answers from residents on the issue of drones is quite another matter. Terrified to death, they only speak openly to someone who has earned their confidence. Campaigning with pro-Taliban politicians, such as Imran Khan, is a surefire way to avoid ever winning the confidence of tribal area residents. Traveling in FATA accompanied by army handlers, as reporters from Britain's Bureau of Investigative Journalism recently did, will also yield only information consistent with army propaganda -- hence the army's blockade against unaccompanied foreigners in the region. Taj insists,

"Independent journalists, if allowed free coverage, could easily learn that the story of drones killing thousands of civilians is hogwash."

In conversation after conversation, over the past three years, Pakistani Pashtuns consistently report that drone strikes have not killed thousands of civilians and are extremely precise (able to hit a terrorist target in one room, while leaving the rest of the house in tact). While his terrified wife cried, "Hang up, you can't talk to her!" one signer of the Peshawar Declaration (full text link) confirmed that the Pashtun consider the drones their sole source of relief from Taliban and Al Qaeda violence. His wife's hysteria was understandable --five other Peshawar Declaration signers had already been disappeared by the government.

The Peshawar Declaration is a 13-page statement of core beliefs, ratified in 2010 by a thousand-member assembly, representing five disparate political parties. Among numerous other points, the Declaration states support for drone strikes, as well as education for girls and opposition to terrorism. Under government pressure, the Awami National Party later removed the drone paragraph from the Declaration. This coerced cooperation did not result in government protection. Dozens of ANP leaders and campaign workers were assassinated anyway.

Muhammad Zubair Mahsud explained another surprising reason why residents of FATA appreciate drone strikes. The Mahsuds are a Pashtun sub-tribe, and under the tribal code of Pashtunwali, there is an obligation to exact revenge when a family member is killed. Though many media reports cite this as a basis for Pashtun support for the Taliban, Attorney Mahsud described a different cultural result.

"When and if all outside political pressures on FATA have been resolved, a civil war will erupt, because people who have lost family members to target killings by the Taliban will be duty bound to seek revenge. But when a drone strike kills the perpetrator, then the family is off the hook. Odd as it may sound, the drones are not only reducing the number of people dedicated to harming US, NATO and Afghan forces, as well as Pakistani and Afghan civilians, they are mitigating future violence in FATA."

The women of Code Pink were denied an opportunity to learn the truth. They were instead taken to a meeting hall filled with government shills, who joined Medea Benjamin, in chanting against the drones; the entire trip staged to conform to their expectations and ISI policy. Meanwhile, concurrent with their visit, the Pashtun people mourned the target killing of another tribal leader, and the entire world was shocked by the Taliban's attempted assassination of14-year-old Malala Yousafsai -- a crime which stood in stark relief to Code Pink's ballyhoo on behalf of Islamists.

(Note: A Muslim is a person who practices the faith of Islam. An Islamist is someone who believes in the global political dominion of Islamic fundamentalism, achieved at any cost. Malala Yousafsai is a Muslim who was attacked by Islamists.)

Filmmaker and member of the Fieldwork International Group