If you want to see Father Oliver, you’ll have to get through a long line of refugees first. Most of them can’t speak German. Many of them cradle children in their arms.

They wait patiently in the courtyard of the St. Peter Catholic Church (Petershof) in Duisburg-Marxloh, hoping to receive the medical attention they need.

“There are more every week,” says Father Oliver. His small office is located on the first floor of the pastoral building in Petershof, a stone’s throw from the Marxloher marketplace.

For the past few months, Father Oliver and a team of volunteers have been meeting on a weekly basis to provide medical aid to refugees. Once a week, Petershof turns into a makeshift clinic. “On our first day in November 2014, 12 refugees came for help. These days, as many 90 people may show up,” says Father Oliver. 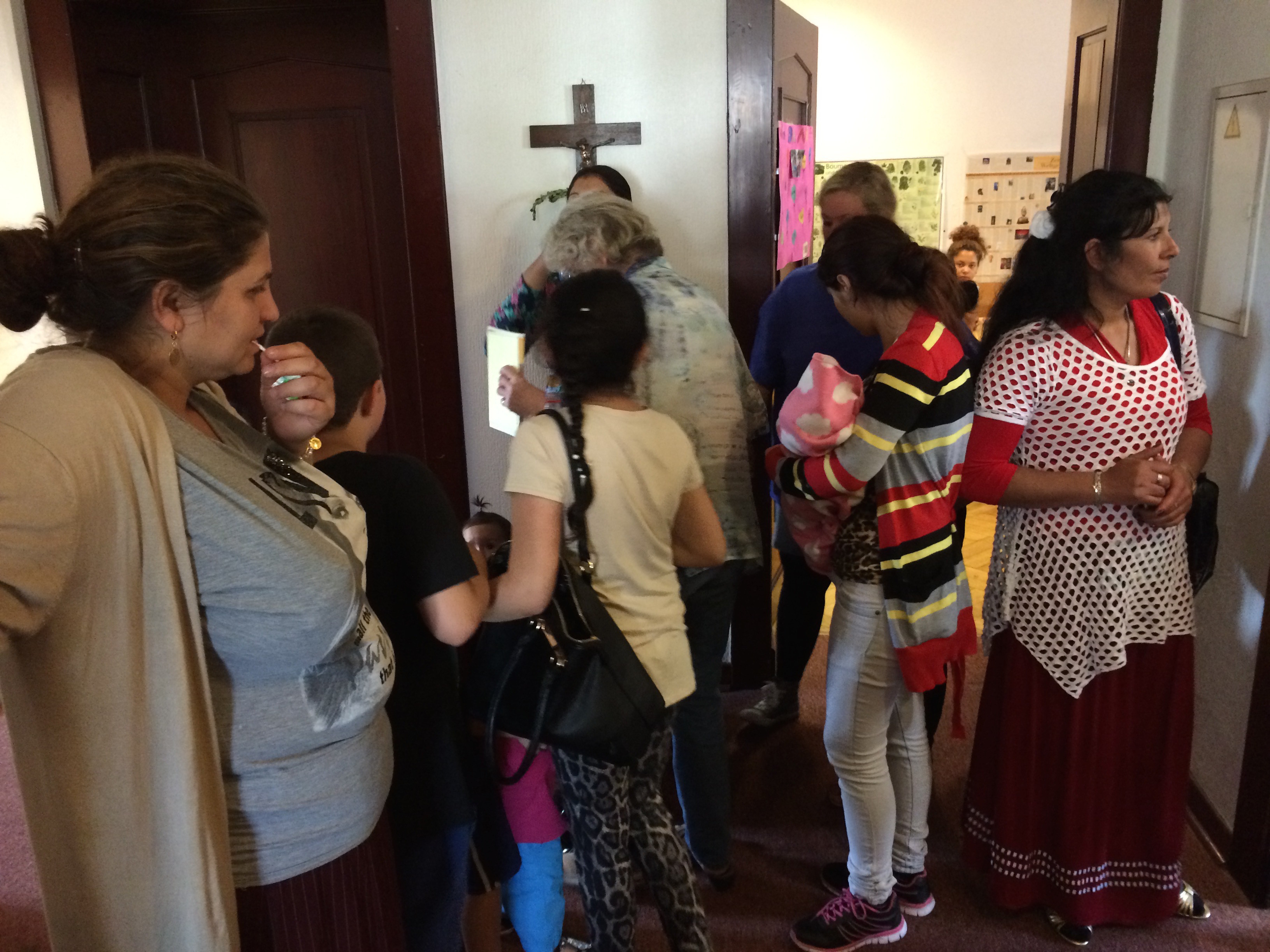 Many of the refugees who seek Father Oliver’s help hail from Southeast Europe. None of them have health insurance. Most of them can’t afford a “normal” check-up. (Image Credit: HuffPost/Christoph Asche)

The success of Father Oliver’s operation is troubling. In Germany, asylum seekers have a legal right to medical aid. So why do refugees resort to Father Oliver’s medical services?

Perhaps it is because the German healthcare system has its limitations: First, help is only provided to those with acute sickness and pain, or during pregnancy and childbirth. Preventive check-ups are not part of the system — which may be a sensible measure taken in order to prevent overloading the German health care system. However, the refugee council of Lower Saxony recently criticized doctors for not doing everything they can to help.

Secondly, asylum seekers must receive approval from the Social Welfare Office before seeing a doctor or visiting a hospital. Such legal proceedings cost time and money for everyone involved. Approximately 10,000 people living in Duisburg don’t have social security. Many of them come from Southeast Europe.

Perhaps Father Oliver is thinking of the man from Romania, who arrived with his wife and children. He has severe abdominal pain; his wife is limping. How long has it been since they’ve seen a doctor? “Long time,” says the man. And he’d been in Germany for a few weeks already.

It’s sad to see how the lack of medical services for refugees affects children. A young woman from Syria holds her son in her arms. He is wrapped in thick garments, a wool hat covering his head. The mother points to her child’s throat and frowns. Sore throat? Swollen tonsils? “Pain” is all she can say, pointing once again to her son’s throat. 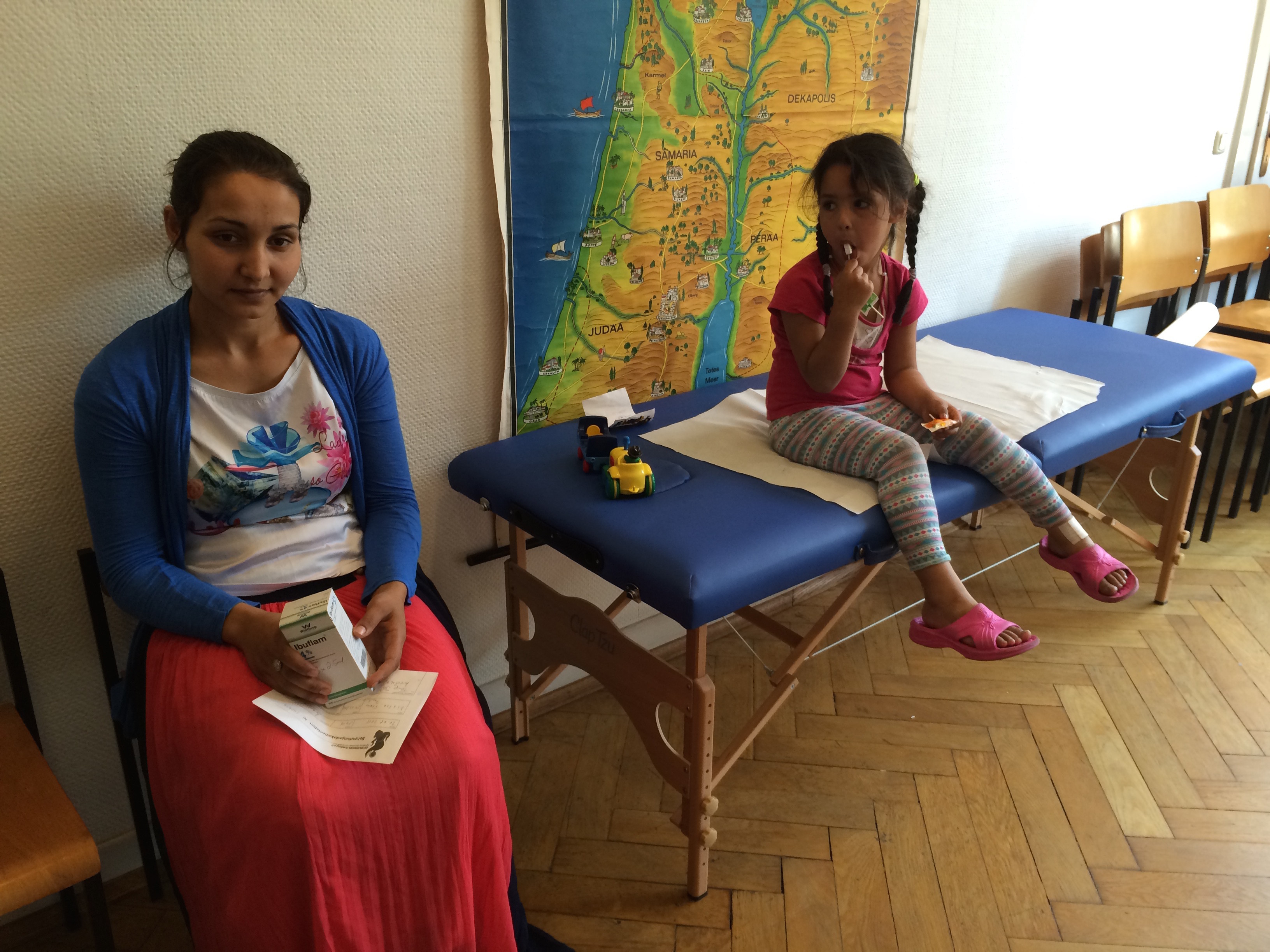 A young woman waits in Petershof to get her daughter treated. (Image Credit: HuffPost/Christoph Asche)

The city recently placed a facility on the church grounds, so that the patients are not forced to wait in the pastoral center’s narrow hallways. But the Petershof volunteers rely mostly on their own resources.

They bought stethoscopes and heart rate monitors from eBay, and they converted the cellar into a play area for children. “It was hard work, but it was worth it,” says former teacher Renate Fasel, who watches over the children while their parents are receiving treatment.

It took a long time for Father Oliver to enlist the city’s help. A few weeks ago, when he warned that Duisburg was on the verge of another outbreak of measles, mumps and rubella, the city was finally persuaded to take action and set up a vaccination center in Petershof. 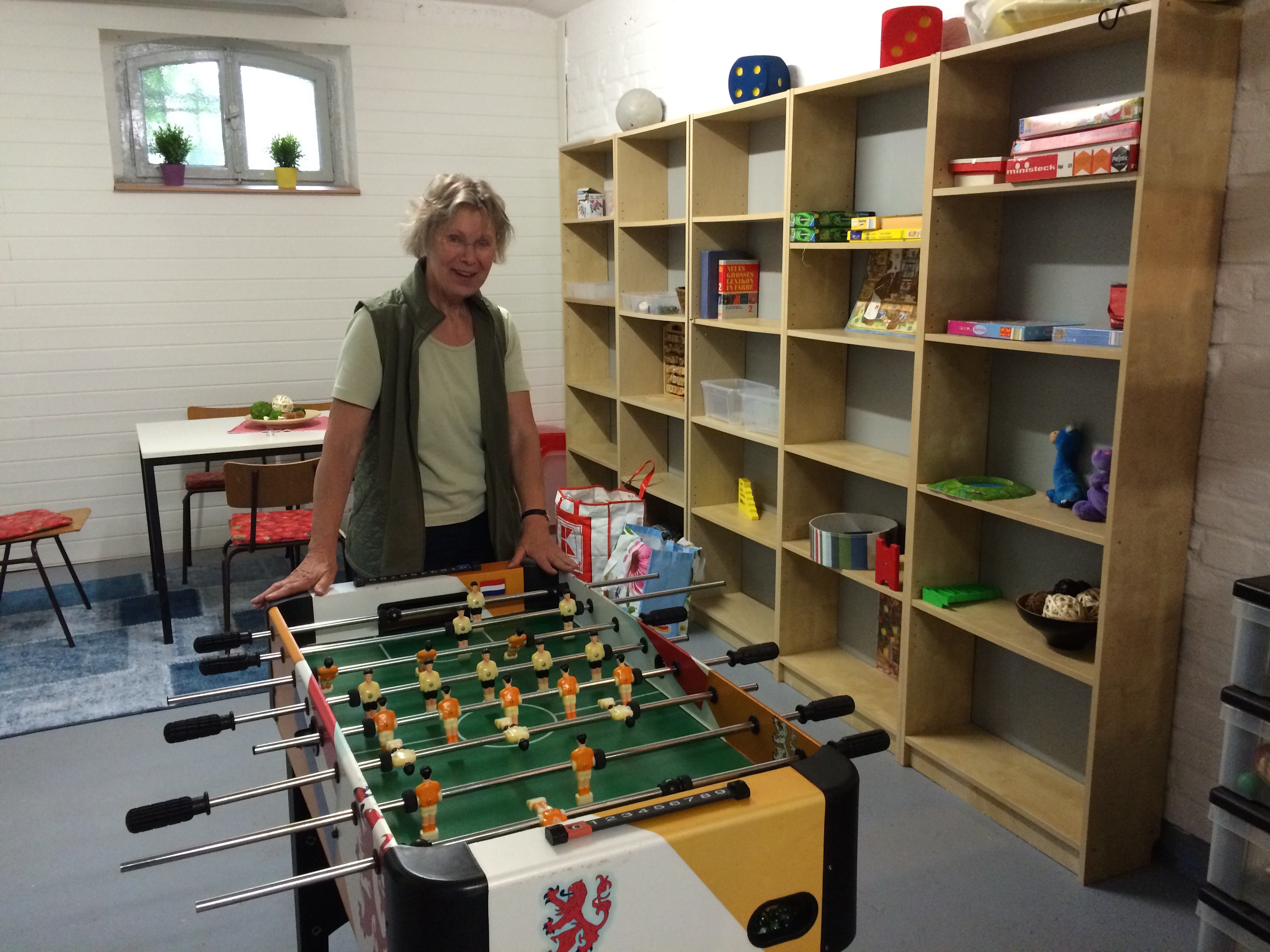 Renate Fasel used to be a teacher. Today she supervises the children of refugees who seek treatment from the Petershof volunteer doctors. (Image Credit: HuffPost/Christoph Asche)

Duisburg’s Mayor Sören Link has his concerns, however. “It can’t be our duty to build parallel health care insurance systems,” he said at the launch of Father Oliver’s vaccination center.

Link has a point: such a system would certainly not be efficient. But Father Oliver is also right. He has been hard at work, doing everything he can to break down the barriers that prevent refugees from getting vaccinated, and to help these vulnerable children.

Still, everyone involved must consider longer-term plans. Would more guidance and education help? Either way, it is clear the solution won’t be simple.

In the meantime, Father Oliver is receiving significant recognition for his work. Next Tuesday, Chancellor Angela Merkel will pay him a visit. (She’ll be visiting Marxloh for the day to take part in civil dialogues.)

“Let’s see how it goes,” Father Oliver says. He doesn’t sound too excited. But Father Oliver has other things to worry about. Downstairs, 40 refugees are still waiting on treatment.