My father—from whom I have inherited all my introvert DNA—is visiting me and my two daughters. He lives in Philadelphia; we live in western Massachusetts. His eyes are not good. He is 71 with various health problems he'd rather not discuss. But every few months he makes the drive—a good five hours and change—to spend time with me and his granddaughters. He always brings me a bag of soft pretzels, my favorite.

It should be noted that my father rarely spends time with anyone these days. His best friend died suddenly last year, and he’s never had the stomach for parties or crowds. He is a complete and utter introvert with a brilliant, sardonic mathematician's mind. He prefers his people wedged in the pages of the thousands of books he reads, or onstage—in the characters he sometimes plays in local theatres. Real-life people and their various follies and dramas exhaust him.

A week with his daughter and granddaughters is a lot of togetherness. At 44, nearly 14, and 11, we three are a lively household, full of frank, spur-of-the-moment discussions about menstrual cups, neo-feminism, and various gender issues. We’re a lot to handle, even for extroverted family and friends. His willingness to immerse himself in our raucous life every few months moves me deeply.

And then, of course, there is the issue of the camera. I often trail my introvert dad when he visits, snapping photos. I can’t help myself; he has a great face. He’s no Robert Redford or Paul Newman—my father is pure character actor, his face a craggy terrain of stunning contradictions. Friendly, yet aloof. Patrician, yet hardscrabble. Dignified, yet always ready with a joke.

He might tell you he is a curmudgeon. I wouldn’t disagree. He is not an easy man. He never has been. He dislikes talking too much about his childhood. He doesn't have to. In nearly all of his childhood photos, he looks anxious, lost, and angry.

During this visit, the photographs I’ve taken of him aren’t working for me. I want to see more of who he is. As I sift through the images I’ve taken during this visit—Dad at the coffee shop, Dad at the sushi place, Dad petting a local goat—Hattie idly asks me if we can bake cupcakes this weekend.

I find him in the kitchen, pouring a glass of wine.

“Hey, Dad,” I say. “Would you let me take pictures of the girls throwing baking flour at you?

He gives me The Look, his epically bushy eyebrows knitting together behind his wire-rimmed glasses, a slight scowl touching his thin lips.

"I think no glasses," I reply.

"What exactly does one wear to such an event?"

"Something dark," I say.

Later that evening, he dons a black sweatshirt given to him by his late friend, then sits cautiously on the love seat I have prepped with a white quilt. The girls join him.

I can see the look in his eyes as we begin: he’s wary. Guarded. I am right in his face with the camera. It’s an introvert's nightmare, almost as fun as going to the dentist or having to make small talk on an airplane. Meanwhile, the girls are giddy, poised with a bowl of baking flour.

"Ready?" I ask everyone.

"But what do you want me to do exactly?" he says with a trace of irritation, a touch of his usual defensiveness. 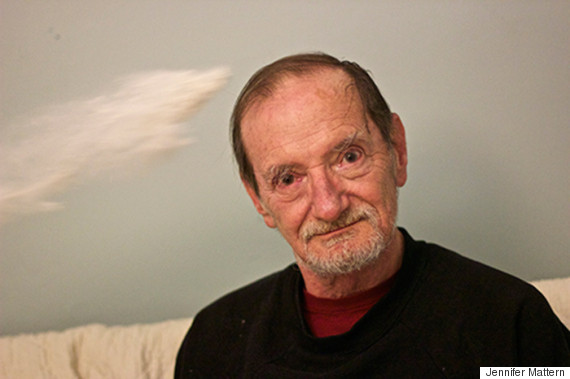 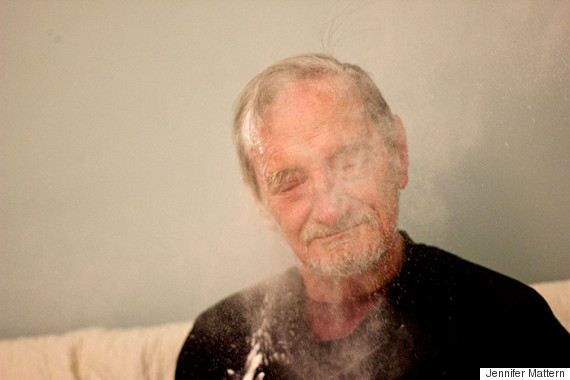 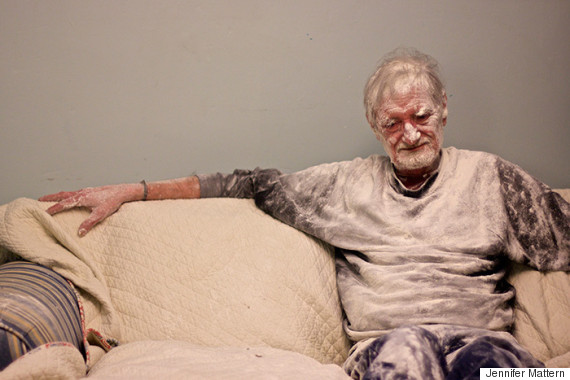 The flour begins to fly. The first handful hits the side of his head and whitens his hair. Sophie, the elder, refuses to have flour tossed at her, but Hattie welcomes the opportunity to turn alabaster with her grandfather. 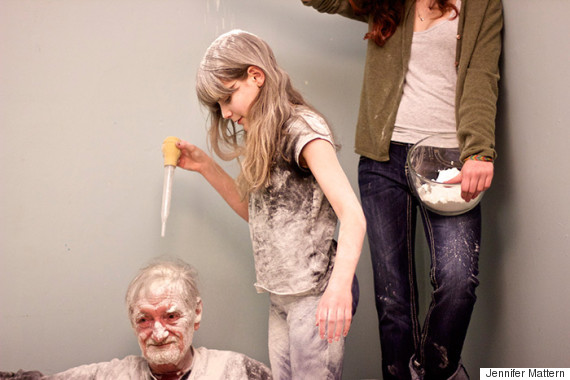 Sophie rains flour upon their heads. Very soon, Dad and Hattie are living statues. Hattie laughs, and my father exhales and smiles. 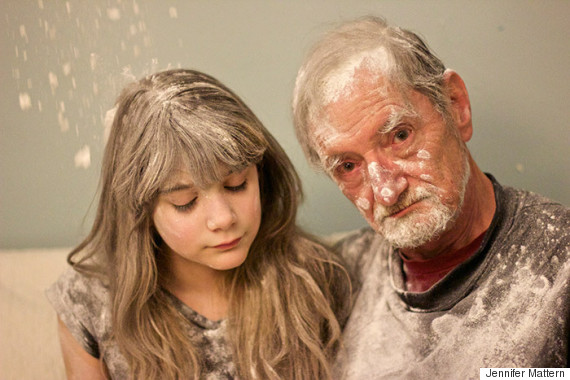 This, I realize, is what I have been waiting to see, waiting to capture. My father, no longer holding his breath.

Now all three of them are laughing, rubbing flour into each other’s hair, tossing handfuls like fairy dust. I snap and watch him simply be. He follows the lead of Hattie the extrovert—mugging, then trying to keep a straight face, which leads to more hilarity. 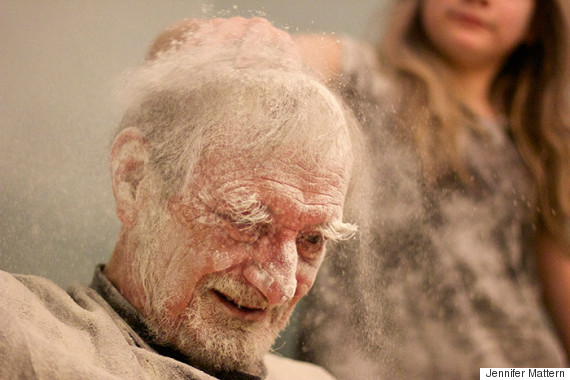 He is playing. For a half hour, we are all playing, in a way we have not played together before. It is absurd and beautiful. 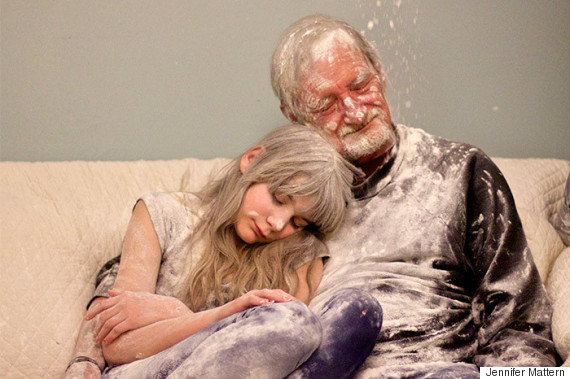 Then my father is finished with the project. He stands and brushes himself off. An introvert knows his limits, after all. He heads upstairs to shower, leaving white footprints on the worn wooden stairs.

I reach for a broom to sweep away his powdery trail, then pause. I stare at the shape of his footprints on the wood for a few moments. I think: Remember this particular mess.

Later, before bed, I show him a few of my favorite shots.

He chuckles, clearly delighted by the results.

“You’re something else,” he says.

This article originally appeared on QuietRev.com.

You can find more insights from Quiet Revolution on work, life, and parenting as an introvert at QuietRev.com.

Voting Made Easy
Register to vote and apply for an absentee ballot today
Register now
More:
healthy living photosintrovertDadsgrandfather
Newsletter Sign Up
The essential guide to taking care of your mind and body
Subscribe to HuffPost’s wellness email
Successfully Subscribed!
Wellness delivered to your inbox