Lots of dads make sacrifices to give their kids the best life possible. A large number opted not to be CIA assassins or treasure hunters, because it would take them away from home too much and stress out their spouse. To thank them for not living the wild lives of the movie characters they love--Jason Bourne and Indiana Jones, for example--take them on an great escape befitting their idol. Herein, five famous ones to spark a dad-bonding sojourn. 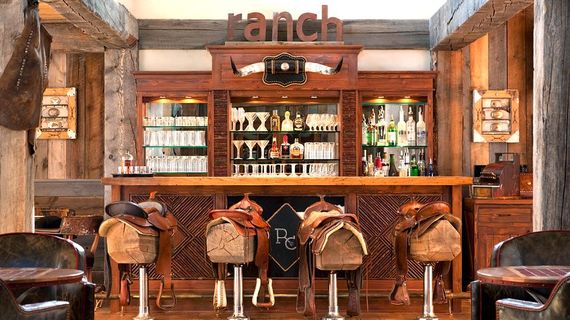 John Wayne
His way with Westerns was so iconic that John Wayne might as well have been a reoccurring character; a name so synonymous with the genre, it overshadows the individual roles, such as True Grit's "Rooster Cogburn." There aren't many men who wouldn't want to channel a bit of the Duke's unflappable masculinity. A getaway to all-inclusive The Ranch at Rock Creek in Montana will bring out his inner cowboy. The bar looks like an old saloon, and activities include horseback riding, fly-fishing and clay shooting. The log cabins and tents feel very Old West. 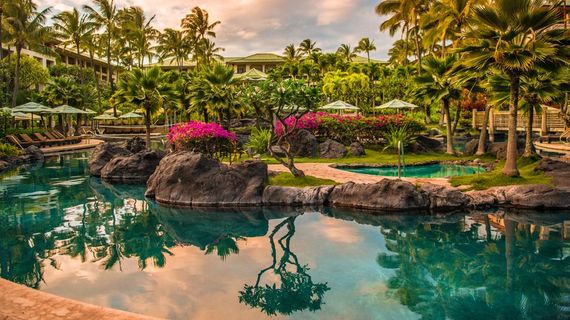 Indiana Jones
To channel everybody's favorite whip smart archeologist, a father needn't travel far. In Raiders of the Lost Ark, the jungle was billed as Peru, but it was actually shot in the Huleia National Wildlife Refuge on the island of Kauai, Hawaii. Pack him a Fedora and book a stay at the Grand Hyatt Kauai Resort and Spa. The property sets guests up for a slew of activities, including hiking, mountain biking and scuba diving. That wide-brimmed hat will also come in handy during a long round of golf at their Robert Trent Jones Jr.-designed golf course. 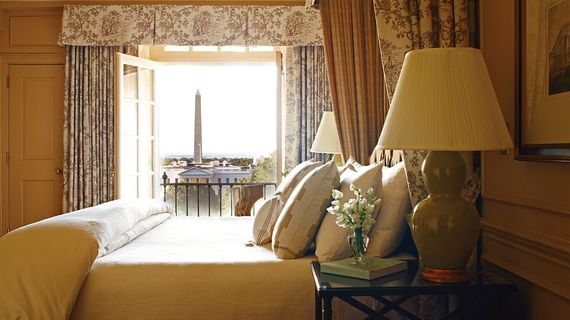 Jason Bourne
The reality of being a CIA assassin ain't pretty, but dad can dabble. If he's spy-obsessed, a trip to the nation's capital, Washington, D.C., will give him a safe taste. Located right across the street from The White House, The Hay-Adams hotel's history is rich and riveting. As is a visit to the nearby International Spy Museum, which has the largest public collection of espionage artifacts, including cipher machines, disguised weapons and miniature cameras. 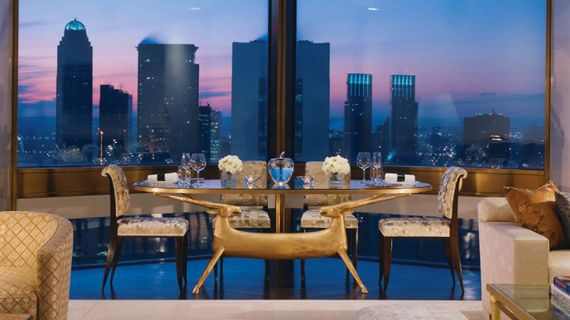 Superman
Working man by day and superhero whenever he's needed: dad or Clark Kent/Superman? The former probably can't leap tall buildings in a single bound, but a weekend at the Four Season Hotel New York puts him sky high in the city that's come to mirror Metropolis. At 52 stories, it's one of the tallest hotels in the Big Apple. The Art Deco façade makes it a worthy stand-in for the Daily Planet building and its Midtown location ensures it's easy to hunt down story-worthy fun. 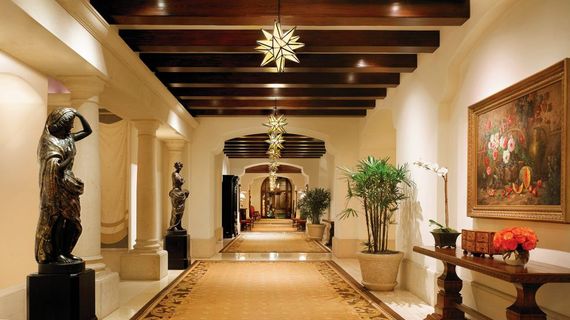 The Dude
There are superheroes and then there are the unlikely ones. Let's face it, some dads long for a life more like that of the slacker, avid bowler protagonist of The Big Lebowski. Give him a slice of laid-back L.A.: hang out in Venice, throw down some strikes at Bowlero Mar Vista lanes, but live like the other Lewbowski at Montage Beverly Hills. He can unabashedly spend all day in a bathrobe at Spa Montage and enjoy a two-therapist massage. That's the life.