Sometimes in the wee hours of the morning I'd hear that funny sound of an audiotape being rewound. Running backwards it sounded like a Swedish movie. I'd get out of bed and go into Dad's study. And there he'd be -- listening, taking notes, going over his act from his last nightclub engagement and getting it ready for the next.

"You hear that, Mugs?" he'd say. "That's a big laugh, but the one after it is weak. You have to pace the laughs. I'm gonna put a song in there." He had an ear for the rhythm, the music of the comedy.

My father's respect for the audience was his compass. When he hunched over the tape recorder like that, he was shaping the act for them -- not for himself, not for the critics. And when I went to Las Vegas and saw the act working the way I had watched him put it together, it was exciting. I felt like a co-conspirator, a rooting section.

But first and foremost, I was a daughter. And though he may not have known it, I was learning at his knee -- about the love of work, and the integrity of professionalism.

Not all kids go into their dad's professions, but for those of us who did, there was a wide array of reasons.

For the Kennedys, the children were instilled with leadership by their patriarch, Joe, and each assumed that role when it was his or turn, almost as an obligation. For the Ripken men of the Baltimore Orioles -- now celebrating a third-generation wearing black and orange -- it was a more natural kind of inheritance, one that began with something as simple as playing catch in the backyard and then grew into a beloved legacy. For Nat and Natalie Cole, it was all about continuity -- keeping that beautiful music playing.

I wasn't expected to go into show business. In fact, my father was very much against the idea. He knew firsthand how bruising the business can be, and he wanted to spare me the pain. He was also very practical. Already a star himself, he told me point-blank that it was a long shot that lightning would strike twice in the same family, and that I should rethink what I wanted to do with my life.

But by then, I was already a goner. Maybe it's fate, maybe it's DNA -- but I'd like to believe that, when we were young, our fathers gave us more than just guidance, or advice, or an allowance, or help with our homework. They taught us life by example. And when we watched them in their careers, we got to see their triumphs and their failures up close. And if we watched them close enough -- and we were lucky -- we sometimes got to witness the deep satisfaction and unchecked joy that comes from doing what you love.

And so on this Father's Day, I once again look heavenward and thank my sweet ol' dad for giving his oldest kid the space to defy his wishes about becoming a teacher or a housewife or the junior Senator from California -- because she decided she liked what she saw in her Pop, and she went with that. And by the way, Daddy, she's very, very happy.

We've compiled a slideshow of some other celebrated dads, along with the children who followed in their footsteps. I can't think of a better way to honor Father's Day. I hope you enjoy it.

PHOTO GALLERY
In Their Father&#039;s Footsteps
Download
Calling all HuffPost superfans!
Sign up for membership to become a founding member and help shape HuffPost's next chapter
Join HuffPost

Father's Day: What We Learned at Dad's Knee
In Their Father&#039;s Footsteps 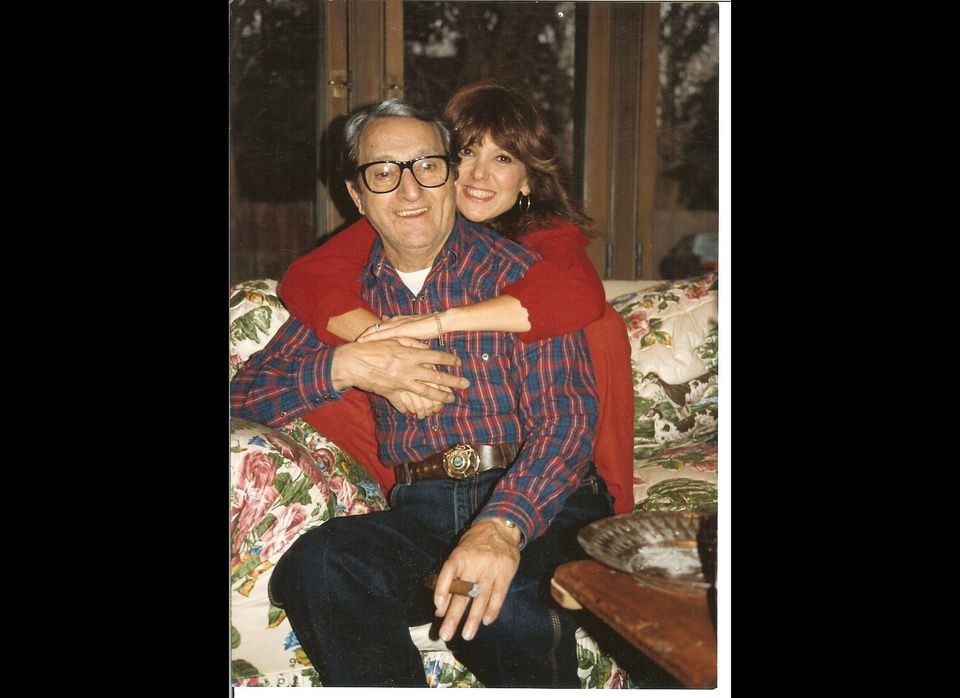 1 / 30
Marlo and Danny Thomas
My father, actor/comedian Danny Thomas, is best known for his successful television career and as the founder of St. Jude Children's Research Hospital. I learned so much from him about the love of performing and followed his lead into my own acting career. His untiring caring for others was a great example to my sister, brother and me. And to this day, we are all passionate about raising funds for the children of St. Jude.
marlothomas.com