When was the last time that you felt fat?

For me, it was about two weeks ago, when I checked into a hotel room while I was on vacation. Always a budget traveler, I usually stay in 16-person dorm rooms at $8 a night hostels. But this time, I sprung for a private room in a three-star hotel -- and holy crap was it gorgeous.

As I danced around the room in victorious glee, I noticed my reflection in a nearby mirror. I saw how my thighs and ass jiggled in my leggings, and for a moment, my joy dissipated. I remembered the Snickers bar I'd eaten on the plane and the yoga class I'd skipped the week before. I quietly beat myself up for not having a smaller waist, a tighter ass, or flawlessly toned arms -- for about two minutes. And then I said #EffYourBeautyStandards, and continued my jetlag-induced happy dance.

Back then, I could have posted a Facebook status about this moment, tagging it with an emoticon that said I "felt fat." But that wouldn't really be accurate. I might have felt insecure, or even ashamed, of the jiggle in my leggings. But "fat" isn't a feeling -- it's a naturally occurring substance, present in all animal bodies, that exists as a soft layer of flesh beneath the skin. It's a thing -- or maybe an adjective -- but it's definitely not an emotion. 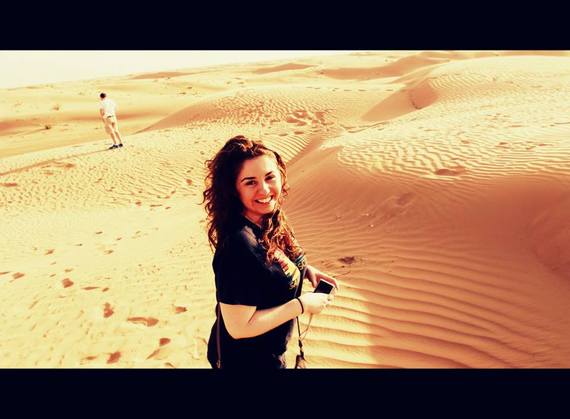 Endangered Bodies, a feminist, body-positive activist and support group based in New York City, understands this. And so, they partnered with Change.org to circulate a petition asking Facebook to remove the "feeling fat" emoticon from its list of emotional options. 16,000 people signed it, and the hashtag #FatisNotaFeeling went viral. By the time I'd checked out of that fancy hotel room, "fat" was no longer an emotion I could tag in my Facebook status.

But that change hasn't come without backlash. Almost immediately after Facebook removed its "fat" emoticon, the Endangered Bodies Facebook page exploded with angry, hateful comments. Sadly -- but unsurprisingly -- most of these comments were left by men.

"We've gotten things like fat asses, queer ass hipsters, retarded, insecure, go get psychiatric help, shut up, your ass looks huge, pathetic, fat and gross, whiney, hypocritical, dumb as nails," said Diana Denza, a 25-year-old Endangered Bodies volunteer who manages the group's social media presence. "One man on Facebook even told me to go make him a sandwich after I wrote a blog post about how difficult it is to be a woman with an opinion on the Internet." 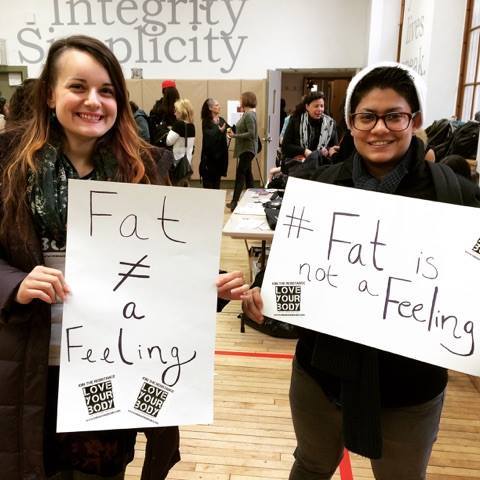 And it hasn't stopped at the Facebook comments. Detractors have formed a counter-petition and an opposing Facebook page, both fighting to bring back the "feeling fat" emoticon. One man even wrote a response blog to Diana, in which he belittles her and the rest of her Endangered Bodies compatriots. And by, "wrote a response blog," I mean he started a blog for the sole purpose of roasting Diana and the Endangered Bodies cause -- there are no other posts -- and has since plastered his public Facebook page with images of Diana and links to her personal social media accounts.

Why has #FatisNotaFeeling inspired such rage from the Internet trolls? Why are the women behind it meriting hate blogs and Internet stalkers? We're talking about a Facebook emoticon, here -- not a federal law or a constitutional amendment.

"I don't think they understand at all what our campaign is about," said Leah Kramnick, a 43-year-old psychotherapist and a founding member of Endangered Bodies, mentioning a perceived sense of censorship. "And combine this with a group of (primarily but not entirely) women activists? We triggered a nerve. How dare we speak our mind?"

Precisely. So, for those of you who may be confused, here's what #FatisNotaFeeling is really about.

It's about empowering people of all genders to own their bodies. It's about encouraging all of us to accurately communicate our emotions. It's about exposing the oppressive, body-negative culture we live in -- one that turns our normal, natural flesh into a negative feeling -- and working to change it.

Our society encourages all of us -- but most aggressively, women -- to starve, exercise, and surgically alter our bodies until we look like we've been permanently Photoshopped. When we fail to do so, we're taught to feel dissatisfied and ashamed. It's unrealistic, unattainable, and unhealthy.

And we're over it. Fat isn't a feeling, it's our bodies. We're done apologizing for them. 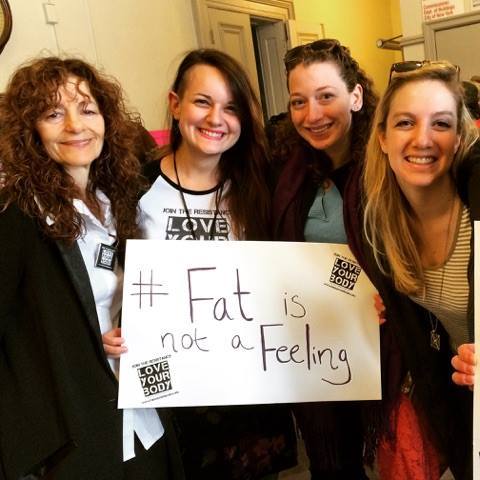 There are plenty of people who'd like to keep us all "feeling fat," and they've taken to social media to tell us so. They're angry that the women at Endangered Bodies and their supporters have taken this opportunity to say no -- to make a claim that language matters, that how we talk about ourselves is important, that we're done with using "fat" as a euphemism for feeling ashamed, insecure, and disempowered.

But no matter how much anger and vitriol is directed at the women behind the #FatisNotaFeeling movement, there's no denying that this is a victory. 16,000 people raised their voices, and they were heard. That's pretty amazing.

"I think it's easy for people to hide behind a computer screen and put down women they don't know," said Diana. "But what keeps me strong is seeing comments like, 'what you're doing is amazing,' from a young girl battling disordered eating on Tumblr. It makes me see how important the fight is, and how vital it is that we end the stigma and shame around fat."

So take a seat, Internet trolls. We're owning our bodies and our emotions, whether you like it or not. And no, we're not making you a sandwich.