Before retiring from racing, the world’s oldest runner has made sure to take a big stride for women’s issues.

Fauja Singh, who says he’s “older than 101,” will be hanging up his sneakers later this month, but he wouldn’t do so before raising awareness for the rights and security of women, the Hindu reported. The seasoned racer, also fondly known as “Turbaned Tornado,” partook in the “Mini Marathon” in January organized by Punjanbi paper the Rozana Spokesman.

The awareness event coincided with protests that have swept across the country in the wake of the devastating rape that led to the death of a young Indian woman in December. While some protesters are calling for the death penalty for the six men accused in the fatal gang rape, the “Mini Marathon” led by Singh focused on bringing in “non-controversial icons” to open up the conversation to social change, according to the Hindu.

Singh, who first took up running at 89, is now planning for his final two marathons in Australia and then Hong Kong at the end of February, according to the Times of India. But he said he plans to continue to run at least four hours a day to serve as an example for others.

"But I will keep running to inspire the masses," he told the Times of India. "Running is my life and I really would not have stopped competing if I had not crossed the age of 100," he said. 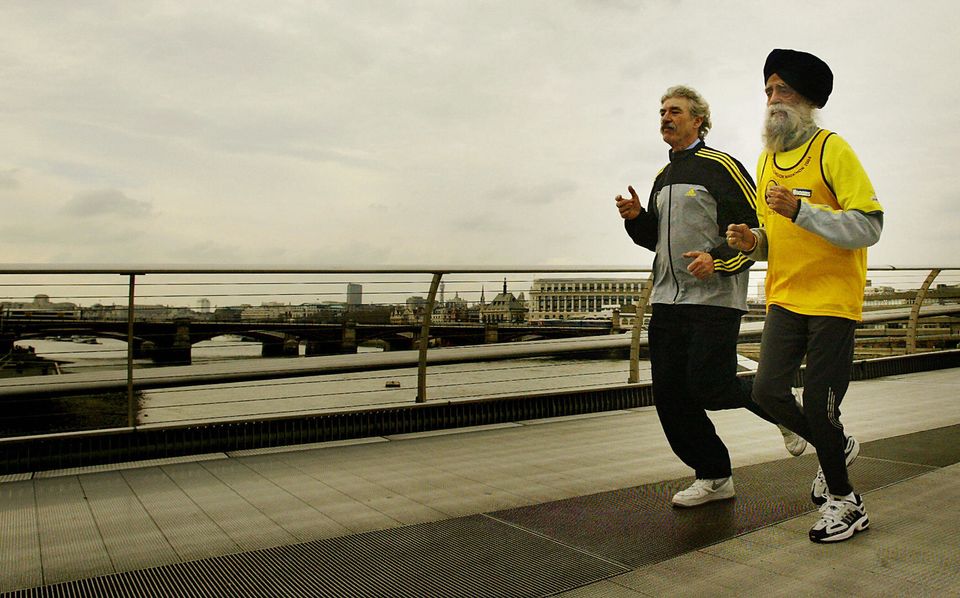