Cocktails have always gotten short shrift in literature. This is partly because the cocktail didn't arise until the 19th century, thereby missing out on most of literary history, but also because from the point of view of the writer the cocktail falls between, if you will, two bar stools: it's not a working class hero like the beer, and it doesn't have the deep interior richness and complexity of wine. Novelists are suckers for that stuff.

As a result, a good cocktail is hard to find, at least in books. Whatever the charms of Eliot's "The Cocktail Party," or the cocktail party in "Mrs. Dalloway," no one ever remembers what was drunk there. Even in John Cheever, where everyone is on a permanent gin and tonic IV drip, it's hard to track down a memorable description of the drink itself. But the cocktail has its literary champions, who have risen to the challenge of its cracking ice and its high alcohol content, which renders streams of consciousness that much more streamy and associative. Here are a few of their more memorable creations: 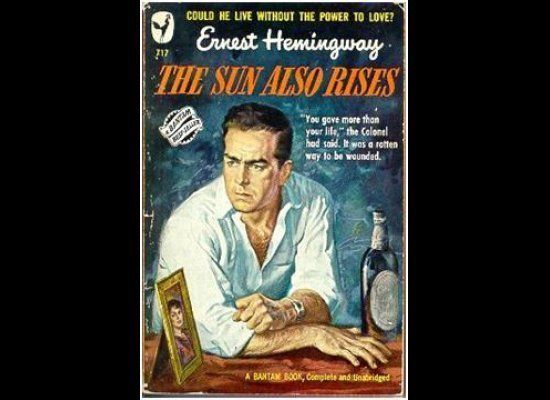 1 / 10
Jake Barnes' and Brett Ashley's martinis
In those devastating last pages of "The Sun Also Rises," when the fiesta's over and everything and everyone is thoroughly ruined, Brett and Jake retreat to a hotel bar to lick their wounds ("No matter how vulgar a hotel is," Jake observes, "the bar is always nice"). The glasses are frosted with droplets and full up to the rim, as martini glasses should be, and they have to clink them together there on the bar instead of lifting them - Brett bends down to slurp at hers before she picks it up. "Bung-o" is their toast of choice. A perfect scene.