Every year in February, Folk Alliance International brings together folk musicians, promoters, labels, organizers, agents, managers, DJs, journalists, and other folk lovers, for a giant trade show and music showcase. I've been attending for years in my two roles as a government folklorist and a music writer. Each year, I come home with a stack of CDs. This year, the meeting was in Toronto, and I came back with a lot of Canadian music, so I'll begin there, with a rundown of recent releases from Canada. 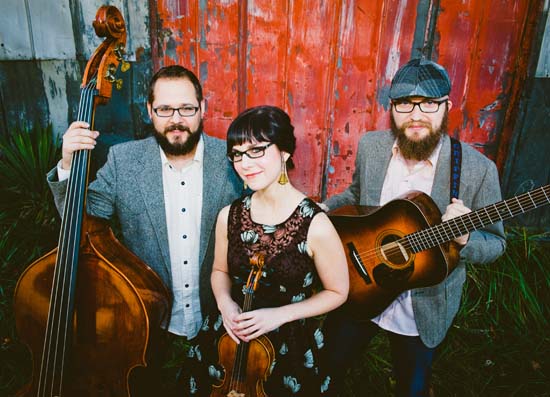 On her ninth full-length CD, Bright like Gold, which will be released on April 2nd, the Ottawa Valley fiddler and singer April Verch continues to take her native traditions and blend them with other styles. Her most consistent gift is for fiddling; with her nimble bow, she covers traditional Ottawa Valley tunes (which belong to the Celtic jigs-and-reels tradition), but concentrates on better-known styles, from Appalachian old-time to Western Swing to Gospel Bluegrass. Her singing tends toward the honky-tonk side, with a few originals and a Loretta Lynn tune making up the bulk of her leads. In addition to her own talents on fiddle, vocals, and step-dancing (which is astonishingly good live, and engagingly percussive even on the CD), she gets help from regular bandmates Cody Walters (bass, banjo, and vocals) and Hayes Griffin (guitar, vocals), plus a cast of guests including old-time fiddle maestro Bruce Molsky and bluegrass pioneer Mac Wiseman. With their help, she pulls all these idioms together into a consistently enjoyable album. It's hard to believe she's so talented at such a wide range of fiddling. I've seen her do it live, though. Believe it or not, she's really that good.

Nunavut, the northernmost territory of Canada, has fewer people than Dover, Delaware, but as much land as Western Europe. It's not surprising, then, that I've never heard of any Nunavut bands until now...they're busy getting from gig to gig! Luckily, the Jerry Cans, a Nunavut band who perform high-energy songs in the Inuit language, came down to Toronto to support their debut album, Nunavuttitut (Nunavut Style). I was impressed with their set, and continue to be impressed with the album, which features a mix of Inuit, country and rock styles -- with most songs in Inuit and a few in English. The English ones are a nice mix of fun and protest. One rails against high food prices, a big problem in Nunavut, by observing "I went in to buy my flour, I went in to buy my eggs/I'm surprised I could walk out of there cause they charged me my arms and my legs." In other sharply-observed songs they skewer the Nunavut Government and PETA. In one bilingual lyric they ask "If I can't hunt well, will you still be loving me," showing that while the particulars of life might be different, young men worry about the same things everywhere. Solid bluegrass-style fiddling and down-home button accordion team up with electric guitar, bass, and drums, and the vocals combine Inuit throat singing, bluesy pop crooning, and even old-school rap. The bright, sparkling arrangements remind me of Spirit of the West and similar Canadian folk-pop groups -- good, clean fun from the Far North! 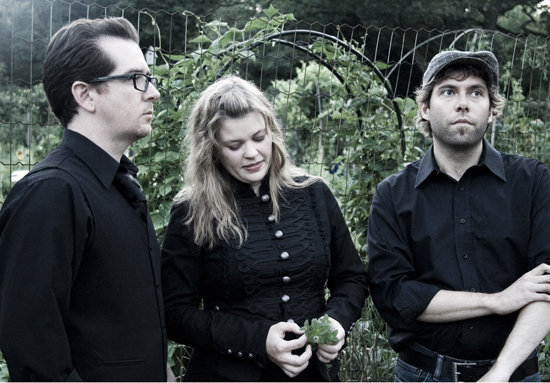 The Once. Photo by Renita Fillatre.

From the island of Newfoundland in Canada's far east, The Once is a trio built around the strong, silky voice of Georgina Hollett and the lush harmonies and string arrangements added by Phil Churchill and Andrew Dale. On their second full-length album, Row Upon Row of the People They Know, they perform a selection of traditional and original songs, and a couple of covers.The originals range from upbeat pop ("A Round Again") to earnest country ("Ode to a Broken Heart"), and their covers are quirky (Queen's "You're My Best Friend" is transmuted to Nanci-Griffith-esque sweetness). Not surprisingly, though, my favorites are the folk songs, especially the unusual World War I ballad "The Valley of Kilbride," a uniquely Newfoundland version of the "Dying Soldier" theme, which was collected by my academic grandfather back in the 1950s. The string trio is augmented on the disc by accordions, keyboards, bass and drums, all tastefully produced by the band with Mark Neary. There's something for everyone on this album, and Americana fans will love it. By the way, The Once is named for an unusual bit of provincial dialect; in Newfoundland they say "the once" where other English-speakers would say "at once." If I tell you to listen to them "the once," I don't mean one time, I mean immediately...so hop to it! 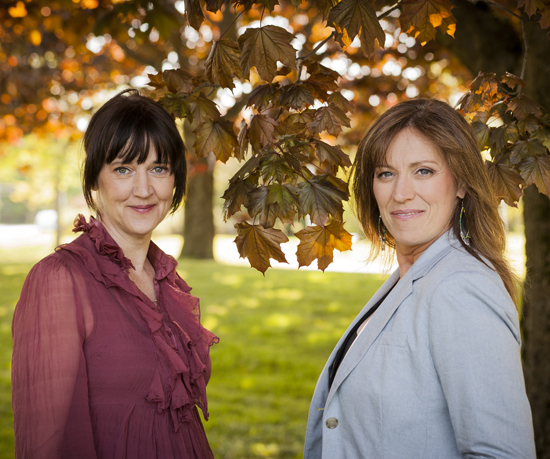 From the Celtic enclave of Cape Breton Island, Nova Scotia, where folks go to speak and study Gaelic, singer Mary Jane Lamond and fiddler Wendy MacIsaac have produced Seinn. Individually, they're leaders of their generation of Cape Breton Gaelic musicians, and their joining forces as a duo was an inspired move; Seinn is one of the best new Celtic albums I've heard in years. Lamond's singing has only gained in power and character since I first heard her in 1996, and MacIsaac's fiddling is crisp and commanding. The material includes lots of traditional Gaelic songs and fiddle tunes, plus compositions by MacIsaac and other contemporary tunesmiths, all in bright, modern, mostly acoustic arrangements. Add to this guest musicians from the top of the folk and Celtic scenes in Canada, Ireland and Scotland, including Ashley MacIsaac (piano), Corinna Hewatt (harp), and Seph Peters (guitar and banjo), as well as vocals from Moya Brennan, Tríona and Maighread Ní Dhomhnaill, Mairéad Ní Mhaonaigh, and Catherine-Ann MacPhee, and this album is irresistible to anyone who's ever danced or grooved to Celtic music. 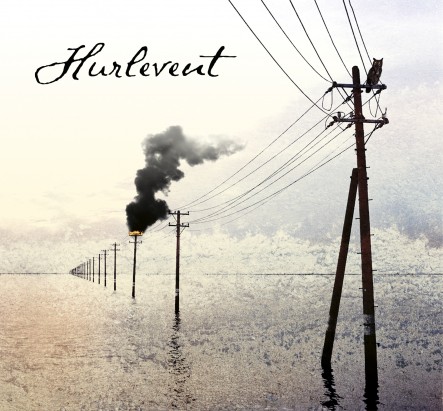 Finally, we'll visit Quebec, where the progressive folk band Hurlevent recently released their second album, Ensorcelé à l'Aube (Bewitched at Dawn). Don't try to read up on this band on the English version of its website, or you'll encounter amusing passages such as: "We take traditional music enhancement of our heritage and festive meeting. However, we dispossess its jargon and mind at the sugar shack." Instead, give the album a listen, especially if your French is decent. You'll hear a band fronted by voices, fiddle and flute, backed by bass, acoustic rhythm guitar, and the insistent foot-tapping that's so much a part of Quebec folk music. The prominence of the flute is unusual in Quebec bands, and that mixed with the band's pursuit of new vocal harmonies makes this sound at once fresh and somewhat retro. The songs are mostly original compositions, and tell tales of French-Canadian history and folklore, long winter nights spent fretting and drinking in Montreal cabarets, and (of course) les affaires de coeur. The fiddle and flute weave a sweet hypnotic spell, the bass rumbles your bones, and the guitar and feet propel it along beautifully. Seek them out and get swept up by the wind!