When creating book and album covers, designers have free reign to work in photography, collage, or illustration. When it comes to movie posters, however, there’s a fairly standard template: glossy photos, usually featuring the lead or leads.

Faye Moorhouse, a British illustrator, didn’t appreciate this homogeneity. “I find that most modern movie posters are quite boring, and often use photography,” she told The Huffington Post in an email. 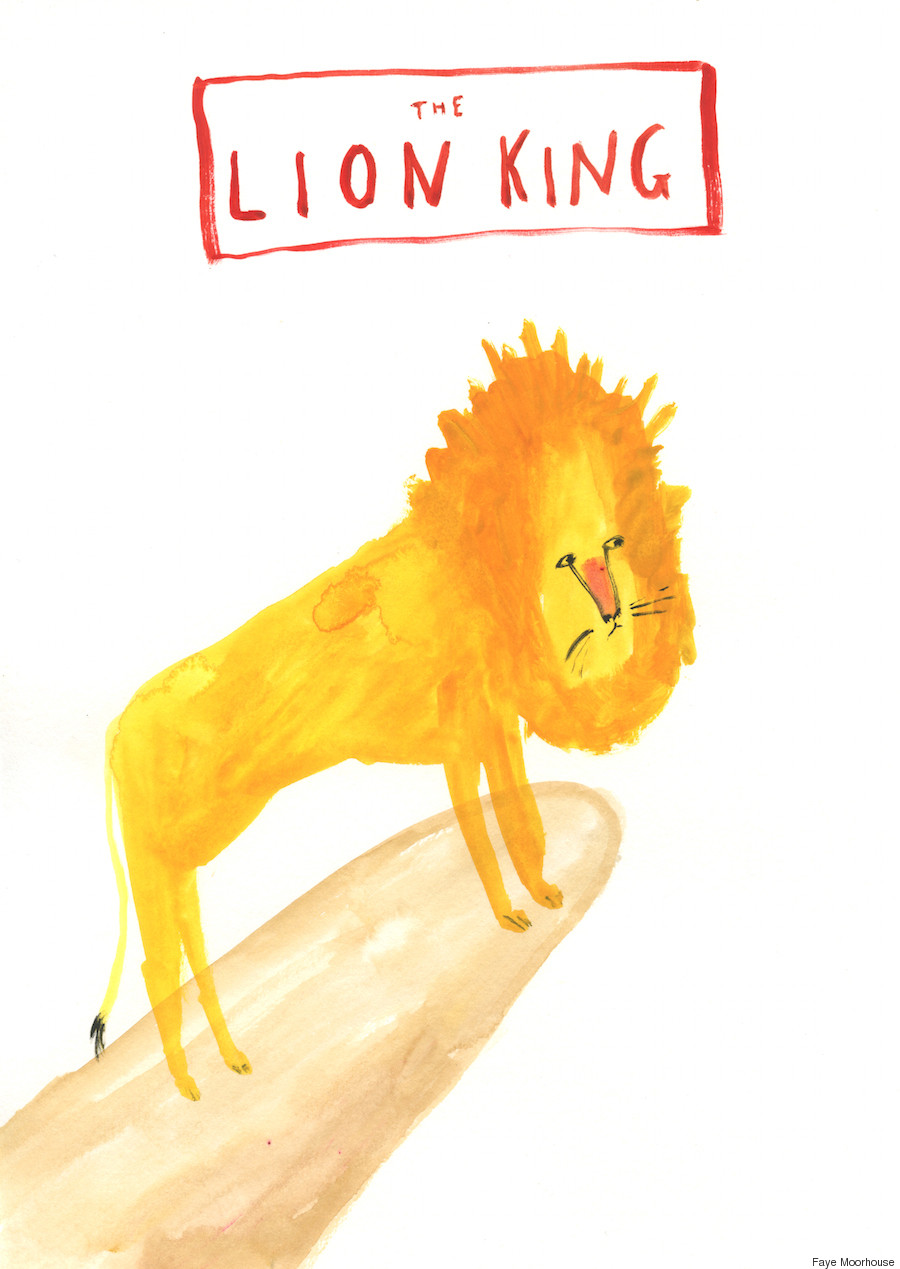 Fortunately, she took it upon herself to spice things up by applying her vibrant, playful aesthetic to re-illustrating movie posters. “I wanted to show that illustration could do the job just as well,” she said. The series, “Fayes Wonky Movie Poster Show,” was created for a 2015 show at Faye's Video and Espresso Bar in San Francisco, after the owner, Michael McConnell, saw her work on Instagram. “I painted a couple of movie posters just for fun last year and people seemed to love them,” she said. 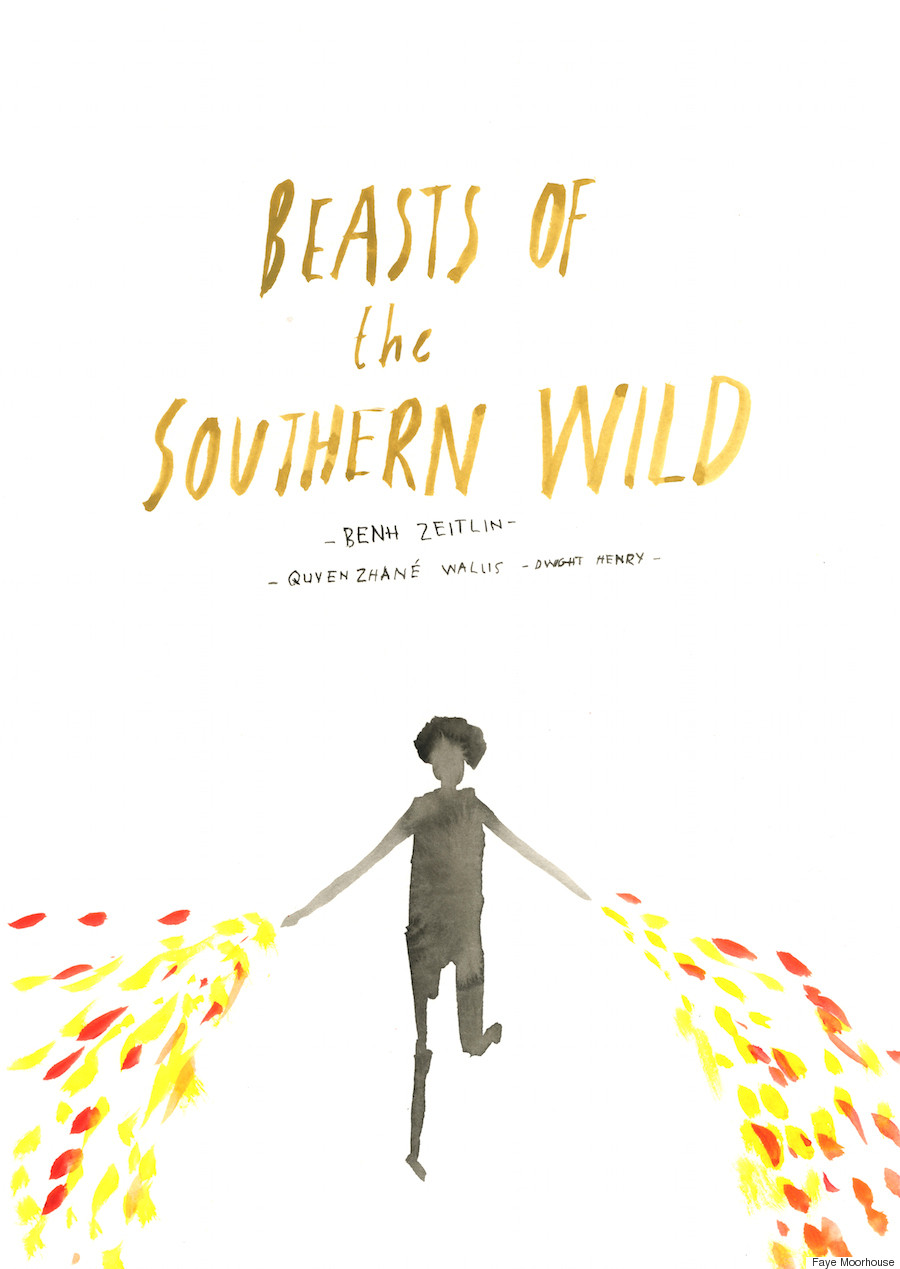 Moorhouse has painted posters for animated films like "The Lion King" and art-house films like "Nymphomaniac" -- even the over-the-top food documentary "Super Size Me." She told HuffPost she chooses “just films I like, either because they are really crap or really good!”

The result is a varied slate of movies, united by her bold, unstudied style. “My illustration style is very messy and immediate,” she explained. “I don’t do roughs.” The aim, she said, is to capture the “emotion and character” rather than adhering to detailed accuracy. Her "Twister" poster features a dark mass of clouds, brushstrokes hasty and visible, while an ominous tunnel cloud sweeps the ground below it. For "Beasts of the Southern Wild," a defiant figure, somehow both dynamic and iconic, brandishes two dazzling sparklers spitting emphatic splashes of red and gold. 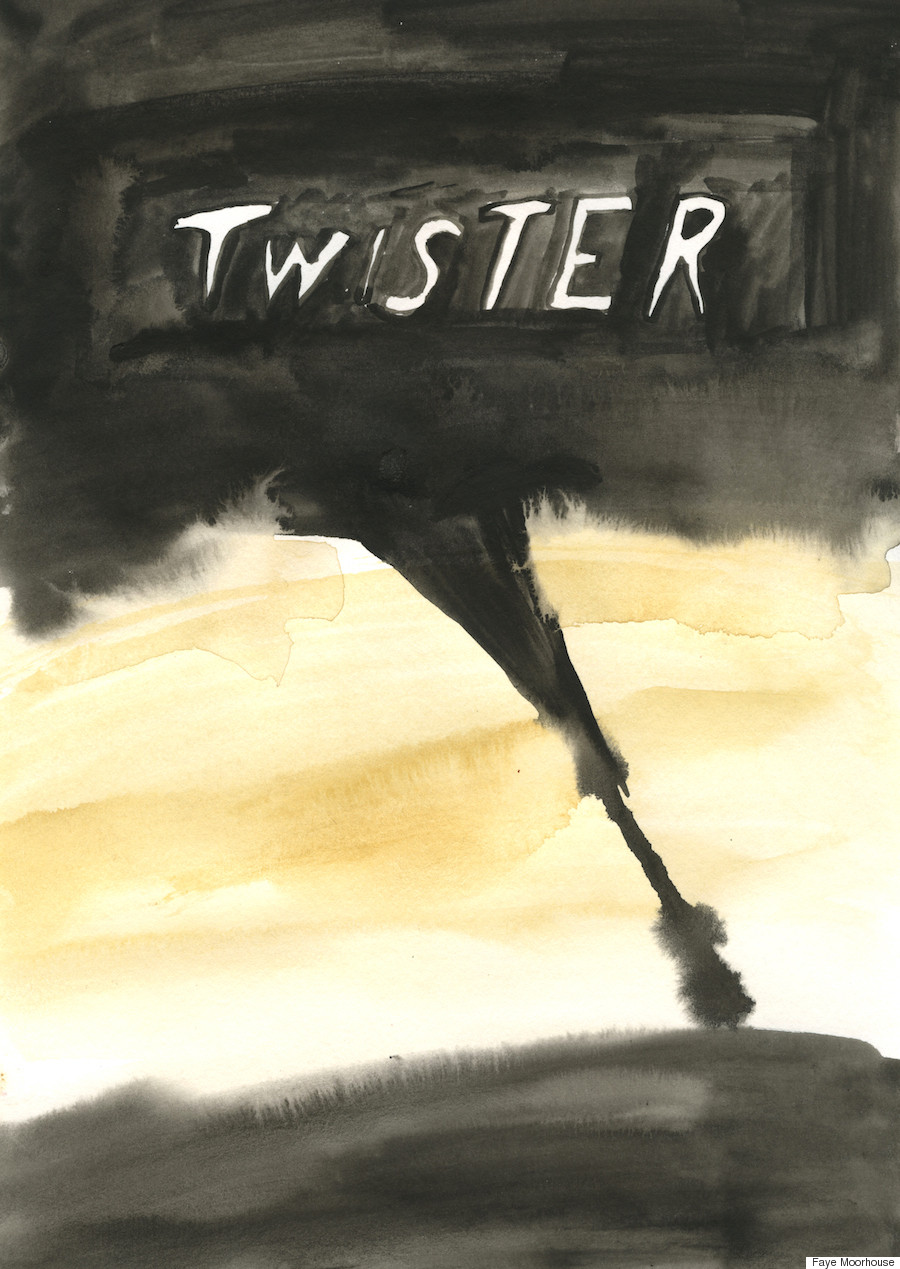 “I just wanted to make people laugh or squirm,” Moorhouse told HuffPost. But she also injected the sometimes overly self-serious movie industry with a touch of the whimsy and imagination that makes browsing book covers and art galleries so delightful. It’s hard not to look at her posters and imagine a more creative row of “coming soon” flyers on the wall of your local movieplex.

Moorhouse says she's more than willing to lend her talents to an official film poster, exclaiming, “I would love to!” Movie studios: take note. Check out more of the posters below, and see more of Moorhouse's work at her website.