I cook for about 40 kids every day.

Since 2009, I’ve made lunch from scratch for the kids of the Burlington Children’s Space, or BCS. Open for the last 30 years, BCS is located in the heart of Burlington, Vermont’s historically poorest neighborhood, the Old North End.
I had a lofty goal in mind when I started this job. I wanted healthy food to become a central part of the school culture by taking advantage of Burlington’s unique urban farming landscape and teaching the kids about fresh, local food and sustainable community food systems. 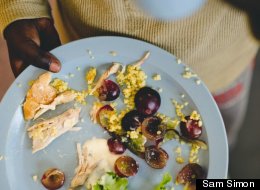 But I quickly realized this wasn’t enough. As one of our faculty succinctly put it, where your food comes from or even how it tastes doesn’t matter, until you have enough of it. And more than half of the kids we were serving desperately needed only one thing from their lunchtime: enough food to eat.

A preschool boy, I’ll call him James, came to BCS from a wildly chaotic environment. At only four years old, he’d already experienced homelessness, hunger, violence, and a distinct lack of positive interactions with kids his own age. Understandably, he couldn’t quite settle in to the rhythm of the school day. He couldn’t connect with his classmates because he was worried about his basic needs being met.

During his first few weeks at school, mealtime was stressful. James would refuse to eat, or empty everything out of a serving bowl onto his plate. He would throw tantrums, and try to take food from others at the table. His teachers tried to encourage him, by sitting at his side and talking calmly about what was on the table. 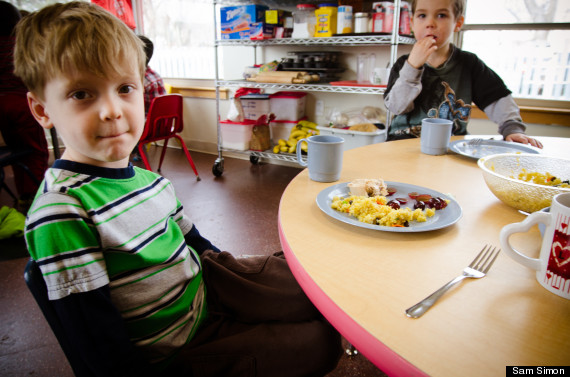 Gradually, James learned that I was ready to feed him as much as necessary. He began to trust that he would get enough to eat, and would come to the table every day without a fight, waiting for his turn to serve himself.

One day, I made mac and cheese, a preschool favorite. I noticed that James seemed distracted; he was calm, but wasn’t eating much, and kept trying to keep the bowl close to him. I knelt down next to his chair. “Hey, don’t worry,” I said. “ I made extra mac and cheese today. There’s plenty for everyone.”

“I know.” He replied. “But Kate’s not here! This is her favorite. I have to save her some for when she comes back!”

That was the moment I realized that making simple school lunch is much more than a way to support kids physical development. It’s a profound way to support their emotional growth as well. 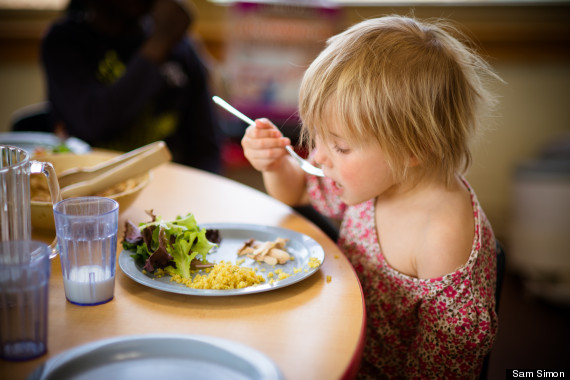 “Food insecure” is a term that describes anyone who cannot depend on daily adequate nutrition, and it leaves a gaping hole in the development of growing children. As James showed me, when children don’t have to worry about getting enough to eat they can relax and play and their social interactions improve. They start to connect with their teachers and their peers. They open up to the love around them, and they start to give love in return. School lunch programs replace that insecurity with a sense of abundance, care, and community.

Sometimes we get so caught up in the mechanics of getting food in front of kids, at school and at home, that we forget what we’re actually doing – nourishing people we love. Food is a language we all share, and preparing and sharing food are powerful ways to show how much we care for kids, especially at school.

At my school, when we teach kids to work, play, rest, create, and eat together, what we’re really doing is teaching them to care for each other. To make healthy choices for themselves and those around them. To love one another, and themselves.

What I learned about love by making school lunch is simple. For our kids, a good lunch IS love. 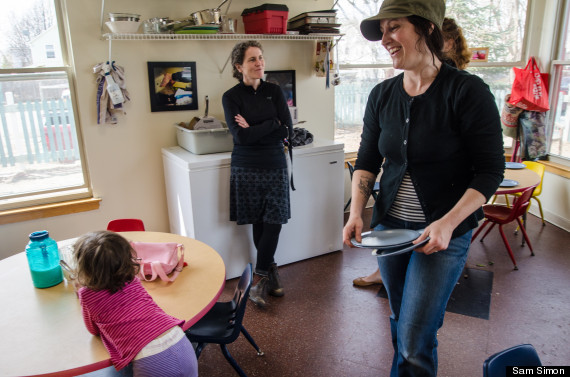 Chef, writer and artist in the Old North End of Burlington, Vermont