Lawmakers from Virginia pressed a House of Representatives panel Wednesday to forgo a requirement that a potential new FBI headquarters be located close to the Capital Beltway, a provision they said gives Maryland an unfair advantage as the two states compete for the lucrative development.

Maryland officials have been working for months to lure the FBI to Prince George's County if the agency leaves its 38-year-old headquarters, the J. Edgar Hoover Building, in downtown Washington. The state is competing for the roughly $1 billion development project and the 11,000 jobs associated with it.

But at a hearing of the House subcommittee on economic development and public buildings, lawmakers from Virginia and Washington, D.C., pushed back on a provision included in a Senate resolution that would require the building to be situated within 2.5 miles of Interstate 495 -- a provision they said would give some Virginia counties a disadvantage.

"That would arbitrarily prevent sites" in Northern Virginia from competing for the project, said Rep. Frank R. Wolf, a Republican who represents the region.

The General Services Administration, which acts as the landlord for the federal government, is in the early stages of considering whether to build a new headquarters for the FBI. The GSA received 35 responses this month to a solicitation for interest in the project, but has not discussed details about them.

The Federal Bureau of Investigation's current headquarters has been plagued with problems, including a crumbling facade that has threatened pedestrians with falling debris. The FBI has so outgrown its old building that about half of the agency's staff don't fit; they work in 21 satellite offices scattered around the region.

That forces the FBI to spend about $168 million annually for rent. Consolidating the buildings would save $44 million a year, said Kevin L. Perkins, the bureau's associate deputy director.

The GSA is seeking a 45- to 50-acre site that can accommodate 2.1 million square feet of office space and meet the FBI's unusual security requirements.

To move forward, the House Transportation and Infrastructure Committee and the Senate Environmental and Public Works Committee must pass resolutions. The Senate measure, advanced by Maryland Sen. Ben Cardin, a Democrat, included language that gave preference to sites within two miles of a Metro station and 2.5 miles of the Capital Beltway. It passed in 2011.

Virginia lawmakers are objecting to the second requirement, arguing it could shut out sites in Loudoun and Prince William counties. A Greenbelt site supported by Prince George's County officials would meet the requirements, as would several other potential sites in Virginia.

"We hope that this committee, in drawing its criteria, will frankly be more flexible and more open than maybe the Senate was," said Rep. Gerry Connolly, a Virginia Democrat.

A Cardin spokeswoman noted that the requirements in the Senate resolution match assumptions made by GSA in a 2011 feasibility study. "The location of the facility is assumed to be within 2 miles of a Metrorail station and 2.5 miles of the Capital Beltway," the document read.

But on Wednesday, the commissioner of the GSA's Public Buildings Service, Dorothy Robyn, said that language was included for the purposes of valuing property, not as a requirement. The language was also not included in the agency's recent solicitation for interest in the project.

Maryland Reps. Steny Hoyer and Donna Edwards, both Democrats, used the hearing to pitch Prince George's for the development, noting its proximity to the National Security Agency, the University of Maryland and downtown Washington.

Hoyer cited a report last fall from the Maryland Department of Business and Economic Development that found 43 percent of FBI headquarters employees live in Maryland, compared with 17 percent in Washington and 33 percent in Virginia. The report did not survey actual FBI employees -- a difficult task given security concerns with those workers -- but rather extrapolated the figures from other federal agencies.

Virginia officials, meanwhile, noted they are home to the Central Intelligence Agency as well as several prominent FBI annex facilities.

Washington is also vying for the project. 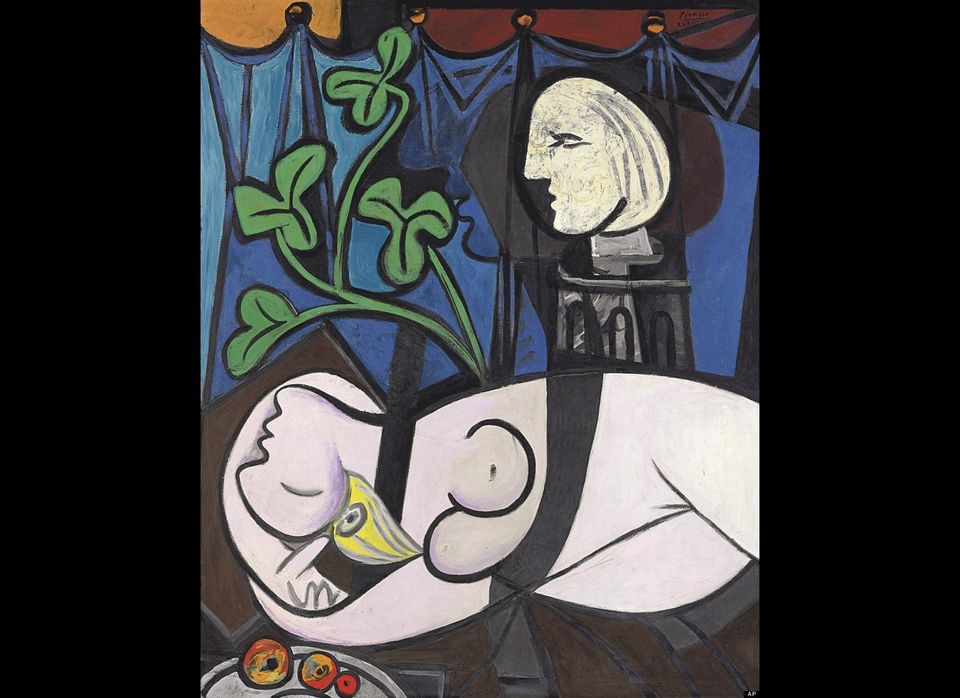 1 / 10
Pablo Picasso
Pablo Picasso was born in Spain, lived most of his life in France, and never actually visited the United States, but that didn't stop the FBI from gathering a particularly thick dossier on the famed cubist painter. The Feds kept track of the artist for 25 years, monitoring what he wrote, said and painted. Labeled as a "Security Matter -- C" (for Communist) and "Subversive," it all amounted to 187 pages, most of which we imagine was filled with very incorrect interpretations of "<a href="http://www.pablopicasso.org/guernica.jsp" target="_hplink">Guernica</a>".
AP