On the eve of Facebook's much-anticipated initial public offering, many users may be wondering just how much the social network will be making off of their very valuable online data.

Look no further: Disconnect, Inc. is offering a free tool that lets you see what your Facebook data is worth.

With its "FBME" tool, the Menlo Park-based startup, which offers features "to help users understand and control the data they share on the web," according to its site, combines the estimated value of your personal user info with information about Facebook itself (such as its share price, its advertising revenue in 2011, and its total valuation) to measure what you're worth. (They helpfully break down the math on their site here)

To use the tool, simply click "Calculate." You'll have to log in to Facebook so the tool can use your profile info in its calculation, but, according to the site, your information will only be accessed, not stored.

Here's what you get: (Mousing over the different categories of personal information, such as "location" and "education," will show you "how many times more or less valuable than an average user each attribute makes you," Disconnect explains) 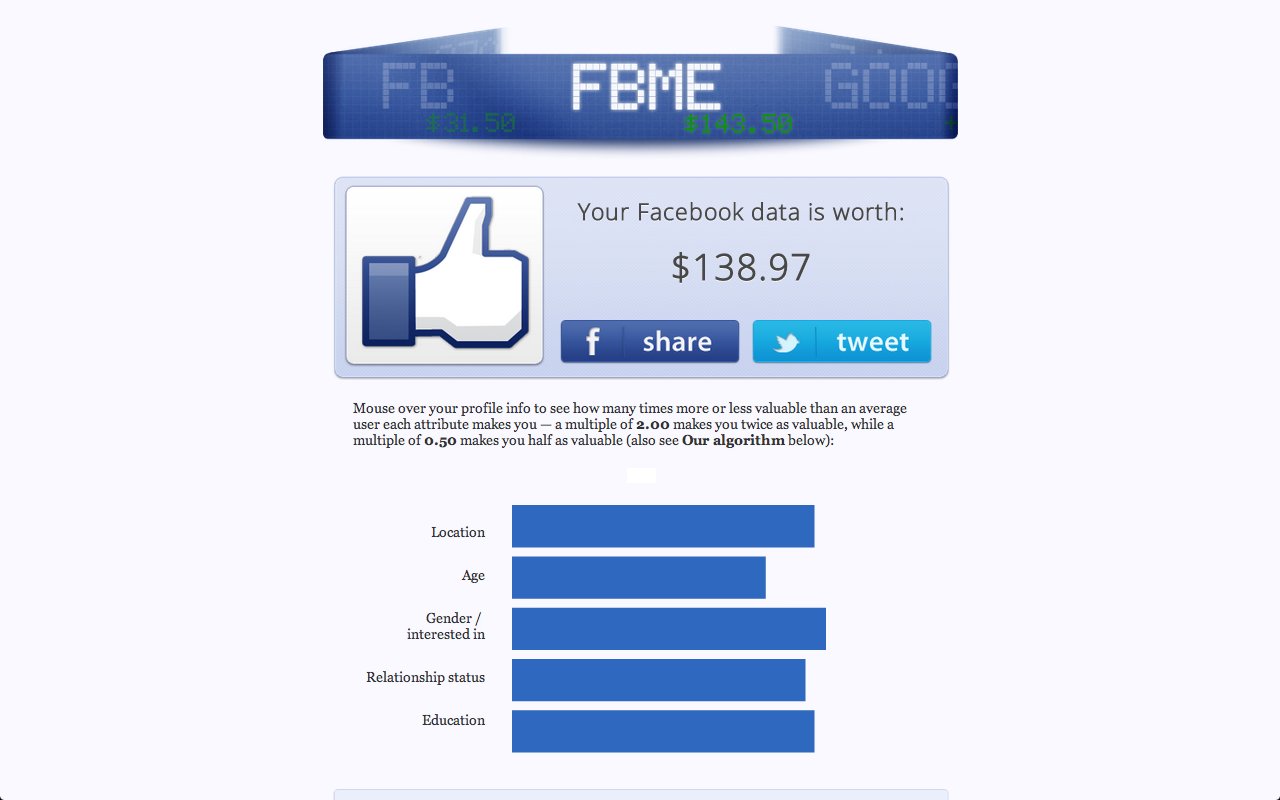 We had a few people try out the tool to see how the results varied by user. The winner (a.k.a. had the highest value put on his data) was a 26 year-old single guy with a B.A. living in San Francisco. His data was worth a whopping $394.63 to Facebook. The loser was a 22 year-old girl with a B.A. living in Brooklyn, who doesn't specify her relationship status on Facebook. Her data was worth $143.27.

The value tended to increase for people listed as living in New York and decrease for users living in Brooklyn. Being older tended in up the value of the data as well.

Online privacy company Abine offers a similar tool called the "Facebook Val-You Calculator." However, instead of pulling information from your actual Facebook profile, Abine simply asks seven questions about yourself and your use of the social network. 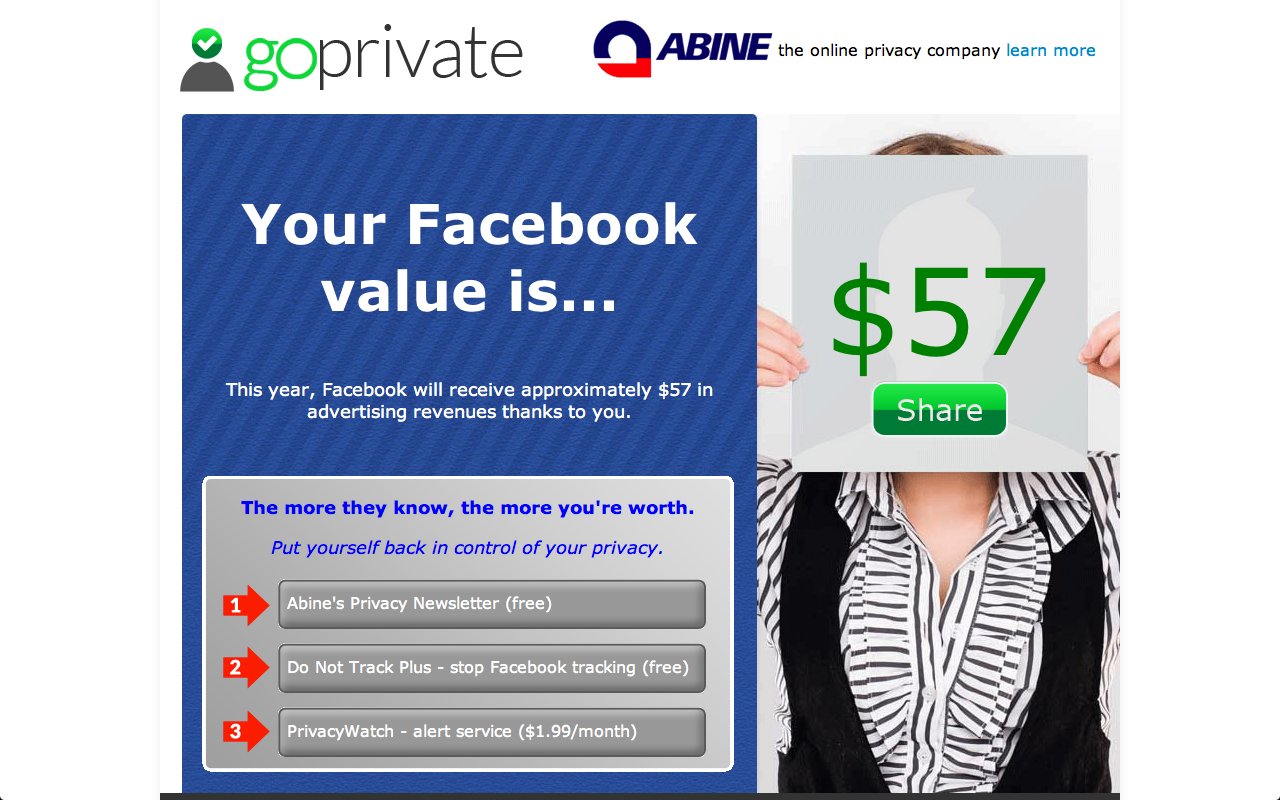 According to Mashable, the tool was launched last Thursday and calculates values based on data from "the Facebook S-1 Filing, independent financial and market research analysts, data from Facebook advertisers, as well as Abine’s internal modeling and estimates." However, as PCWorld's Dan Tynan points out, the values Abine uses are based on revenues the social network announced last year, approximately $4 billion, so its estimates may not be up-to-date.

Are you interested in finding out your worth to Facebook? Which of these tools do you think you'd use? Let us know in the comments!