David Bray is an extraordinary chief information officer. In his new role as the CIO for the Federal Communications Commission (FCC), David Bray (@fcc_cio) is charged with partnering with the FCC Bureaus and Offices who work with the private sector as partners in regulating the wired/wireless public infrastructure. To rise to the unique challenge of modernizing the infrastructure for a federal agency that is composed of 18 bureaus and offices with over 207 different IT systems, (where there is one system for every 9 people and 40% of the systems are over 10 years old) Bray draws on his 20+ years of experience in working with the government - a career that began at the age of 15. 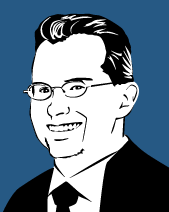 As he heads into 2014, Bray is focused on improving both IT and non-IT processes so the FCC can better engage and partner with citizens as well as the private sector to provide data that is more accessible and open - empowering citizens to take the lead in some areas and reducing the reliance on government. Bray is a social CIO, super active on Twitter, and incredibly accessible, engaged and community driven.

Bray has a unique perspective for a CIO when it comes to change: He believes that it's about the art of figuring out where you can bring joy and benefit to the organization and the business can tolerate it. Here are Bray's recommendations for CIOs who are faced with making change in a culture that is resistant to it.

5 Ways to Create Change in a Change-Averse Culture

1. Put culture first - Quoting Peter Drucker, Bray says, "Culture eats strategy for breakfast". You can have the best IT strategy in the world, but if you don't take into account the different cultures of the different organizational units, it won't matter. Bray says 80% of his focus is about people and 20% is about technology. "It's about the people each day and the technology is there to make our lives more helpful, easier and productive," says Bray.

As CIO, Bray's job is about both technology and collaboration and encouraging people to use technology to collaborate and achieve the goals of the organization. Bray spends more time dealing with "technology interwoven" and feels the CIO should understand what the business side is really looking for and how IT can best help them get to where they need to go. "Any CIO needs to think in terms of technology, people and culture change," says Bray.

2. Create a culture of "intrepreneurs" - For a small organization of under 1800 people with a history of having a separate IT unit for each of the 18 bureaus and offices, the FCC has struggled with serving the immediate needs of each office while delivering an enterprise view across the FCC. Previous efforts to consolidate, increase efficiencies and reduce redundancies, left the individual offices feeling estranged in terms of their IT needs. To strike the balance between having a decentralized and centralized approach, Bray has placed what he calls "intrepreneurs" (entrepreneurs on the inside) within each office.

The intrepreneurs are dedicated IT liaisons to the individual bureaus and offices and are tasked with being the single point of contact to all IT activity going on in their bureau. Empowered to be problem solvers in modernizing the infrastructure, these intrepreneurs will be crucial in helping to balance a desire for change with a need for consistency. By understanding the workflows of the different bureaus and offices and identifying modular components that can be reused, they will be able reduce production times and save money where possible.

3. "Bottoms up" to empowering people - Bray does not feel that every decision needs to come up to the CIO. By setting boundaries and letting people come up with solutions in that space, Bray is trying to empower the people on his IT team. "In our changing world if you try to be top-down you will be out of date; you are not going to be relevant to what is happening on edge. By taking a bottom-up approach, the CIO takes on the role of a facilitator and cultivator of his team," says Bray.
Bray advises to not take yourself too seriously and openly admits to his team that he does not have all the answers and counts on all of his people to point out what he is missing, explain why and bring forth the data.

4. Identify supporters and resistors - In the private sector we have what my co-host refers to as the "corporate antibodies", the forces of resistance that emerge when there is an innovative disruptor. Bray looks to our 16th president, Abraham Lincoln, who created a cabinet of people that were both for him and against him so he could learn from all of the different points of view. Bray says if you really want to create change, you need to understand the context in which you are operating and manage friction by identifying who your potential advocates and supporters are and also who your potential resistors are and figure out a way to bring them together. It is important to recognize that people mean well and are there for the right reasons but there are huge differences in the narratives they are trying to bring forth for what the organization as a whole is trying to do.

5. Opt for agile adoption in phases - When it comes to large IT projects, Bray is cautious when any project aims for a resolution date of year or longer because technology is changing faster than that. He recommends rolling out projects in phases and breaking projects into shorter, modular components. He also stresses the need for technologist to be at the table with the business people. Bray says it is important to understand the context in which you are operating and to have a plan that can be adaptive. "CIOs need to have a vision, but be open to changing course directions along the way," says Bray.

Bray's final advice is to think externally and to not lose sight of the fact that it takes a network of people to create culture change.

You can watch the full interview with David Bray here. Please join me and Michael Krigsman every Friday at 3PM EST as we host CXOTalk - connecting with thought leaders and innovative executives who are pushing the boundaries within their companies and their fields.