Now that the Food and Drug Administration (FDA) has announced draft voluntary targets for food producers to cut back on salt, you may be wondering, "What does this mean for me and my family?"

The short answer is that it could help all Americans become healthier.

As I recently wrote, the more sodium you consume, the more you risk elevating your blood pressure, and elevated blood pressure can be a gateway to heart disease and stroke, the top two killers in the world. So if there is less sodium in our food supply, our risk of falling prey to those diseases would go down.

Clearly, this is a step in the right direction. However, it also should be viewed as just that: a first step.

That's the gist of the FDA announcement Wednesday -- less salt. The agency asked food makers, restaurants and food service operators to look to gradually ratchet down the amount of sodium in our diets. As you might expect, it's a thorough, detailed approach, and it could change based on feedback from the industry and public.

The FDA's release of proposed voluntary targets provides direction for the food industry as it seeks to reduce the sodium in their products to moderate, healthy levels. This starts an important discussion about the sodium content in our food supply and gives the food industry goals to work toward. While the FDA adjusts and finalizes the targets over the next year, members of the food industry should take steps now -- if they haven't already -- to start reformulating their products. The importance of this cannot be understated, as the average American consumes more than 3,400 milligrams of sodium per day, which is more than double the 1,500 milligrams recommended for ideal heart health by my organization, the American Heart Association, and way above the maximum of 2,300 milligrams recommended by the U.S. government. But, as the saying goes, a journey of a thousand miles begins with a single step.

My hope is that you will follow the government's lead and take some more steps toward lowering the sodium in your diet. The rest of this column will help show you how, with tips coming from one of the nation's foremost experts in this area: Dr. Alice H. Lichtenstein, who directs the Cardiovascular Nutrition Laboratory and is the Gershoff professor of Nutrition Science and Policy at Tufts University in Boston. Dr. Lichtenstein has been a member of the American Heart Association's Nutrition Committee since 1995, having also served as its Chair and Vice-Chair. 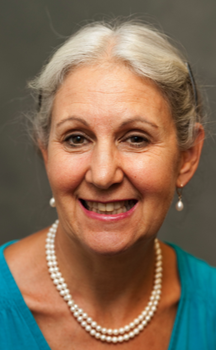 First, though, let's start with a story about another country that cut the sodium in its food supply -- Finland. It just so happens that Dr. Lichtenstein regularly spends a week each summer as a visiting professor in Finland. And, every time, her taste buds remind her of the differences between Finnish bread and American bread.

In the 1960s, Finland discovered it had the highest rate of cardiovascular disease in the world. Lowering the amount of salt in its bread was among many changes they made that has had big results.

It's not just her. Everywhere she eats in Finland, she sees visitors from other countries happily chowing down on breads. Clearly, they, too, adjusted.

That's all it is -- an adjustment.

Less sodium doesn't have to mean less flavor. It just means different. And different can even be better. Better for you, of course, but if you push yourself out of your comfort zone, you may discover different brands and flavors that you find are even more delicious.

This all leads to one of Dr. Lichtenstein's top pieces of practical advice: At the grocery store, check out the sodium level on the things you buy regularly, then compare it to similar products nearby.

"You can do this with bread, crackers, cereal, soup -- any prepared food that has a Nutrient Facts label," she said. "Compare different types you think you might enjoy and pick the one with the lower sodium content. It doesn't need to be burdensome. Just put in a few minutes one time. If you like the new item, keep buying it. If you don't, try the process again next time."

Note that Dr. Lichtenstein isn't saying to change your diet. That is, she's OK with you still buying, say, pretzels. She just recommends buying a bag of pretzels with less sodium.

"The message is, within each category of food you enjoy eating, see what your options are," she said. "There are a lot more options than there used to be. I wouldn't be surprised if you find some that are better tasting than what you're used to eating."

While this may have been true at one time -- and can still be the case with some items marked as "low sodium" - the food industry caught on quickly. In order to sell more products to the sodium-conscious consumer, companies invested in the "reduced sodium" category.

Several major food companies are already on the bandwagon.

Within the last month, Nestle, Mars Food, Unilever and PepsiCo announced support of FDA's plan for voluntary sodium targets. Last year, General Mills announced that it already had cut up to 20 percent in many products. Domino's, Schwan's and Revolution Foods are among others moving in this direction. Aramark has committed to a 20 percent reduction by 2020. Subway, which in 2011 was among the first major quick-serve restaurant company to voluntary cut back on sodium, continues to offer lower-salt sandwiches.

While those are all good signs, Dr. Lichtenstein also recommends that people rely less on packaged food. Put more simply, she urges you to cook more.

"If you do as much of your own food preparation as possible, you have more control of how much sodium goes in," she said.

That segues nicely into her final tip, which also taps into meals at home: Don't keep a salt shaker on the dining table.

"When I was growing up, we had a shaker on the table and my dad salted everything," she said. "Now, I never put it on my table and I can only recall once or twice when a guest has asked me for it. If you don't see it, you're less likely to use it. If you have to ask for it, a lot of people won't bother."

Studies show that table salt accounts for only about 10 percent of daily intake, obviously a small part of our nation's sodium problem. But Dr. Lichtenstein sees a bigger lesson from this notion of "out of sight, out of mind," one that ties directly to the FDA's action. She also notes that 10 percent is an average number; for some people, the contribution of table salt can be much higher.

"If companies ramp down the sodium in prepared soup, bread, crackers and yogurt, people aren't going to start looking for the saltier options," she said. "The default option is going to be a healthier option. Without even thinking about it, consumers will eat less sodium. This can have a tremendous positive impact on our population."