Everyone has their magic place. Mine is a small, dark karaoke place in downtown Hong Kong. I came across this place by accident when following a long-haired middle-aged guy wearing dark glasses and a colorful shirt tucked into elegant trousers at night. When I stepped inside the neon lit building a couple of moments after him, it was like I had walked onto a movie set co-directed by Stanley Kubrick and Wes Anderson. The light was dim but bright enough to see that the walls were painted in a part bright orange and part purple army camouflage pattern. The ceiling was full of Christmas lights. The wall was adorned with a small altar with some whiskey bottles, green apples, candles and incense. Roughly ten tables with thirty locals glanced at me when I entered, though quickly returned to their conversations and watching the stage.

Everywhere you looked in the room was a scene from a movie. All night long. An old man playfully pushing an even older lady in a wheelchair. A group of lewd, drunken middle-aged guys with bottles of whiskey. A guy dragging around a falling-down lady, later gently lying her on chairs next to the wall. A skinny, shirtless man carrying a huge keyboard with its high octaves poking out of a bag. A gay couple, one wearing white gloves, the other dark shades, smoking hashish. A big Chinese guy with dyed blonde hair and a pair of (apparently mandatory) sunglasses. An old drunk getting thrown out before he could even firmly set his foot on the inside side of the door. Yet the cherry on top was an aging fellow with long loose hair, a large dragon tattoo flanked by a big black dog on a leash and a small dog running around freely. It didn't take long before we were drinking together while he honoured me with the mandatory tattoo stories, plumbing the depths of his near-mythical-sounding life path. The tattoo was carved into his skin using a common razor-blade while he was in prison. Immediately after relying this information, he grabs his big black dog and bear hugs him to the dance floor for a short dance. Later in the evening, I was drinking and chatting with a guy with a big golden ring on his hand and a scar on his face. After the fourth whiskey chased by beer, he starts to explain his position as one of the ten brothers that are running Hong Kong's criminal underground. It turned out that the dragon tattoo guy another brother, while the colourful shirt guy that I followed to the place and who kept playing cards all night in the corner of the room, was the oldest brother.

Weary and intoxicated by both the booze and vivid impressions of such an establishment, I took off for home around 4 a.m. The early flight the next morning was the only thing that stopped us from venturing further into the depths of this high rise city.

The photographs below are a part of a ongoing project that will hopefully end up in a book.

More photographs of the author you can see on www.matjaztancic.com or Instagram: Matjaztancic 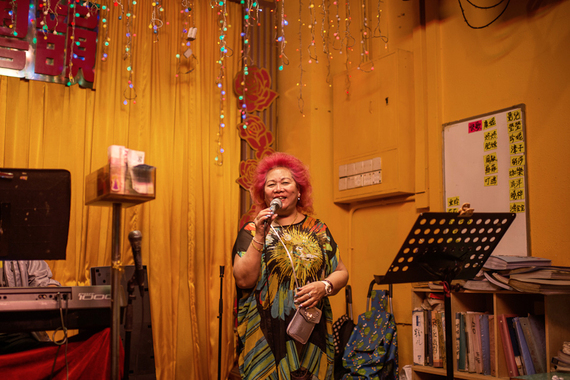 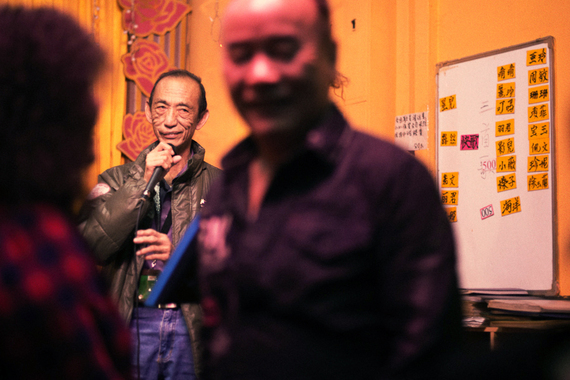 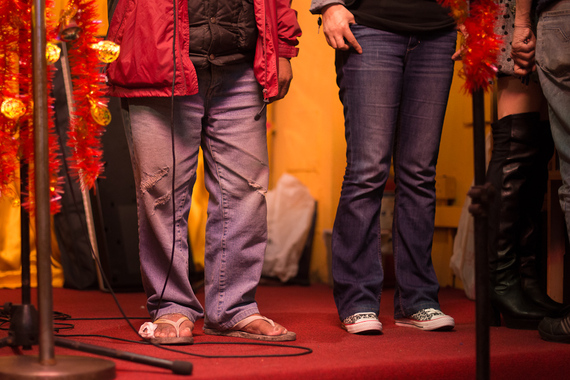 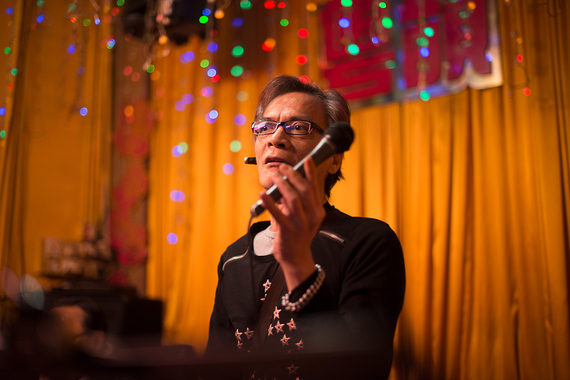 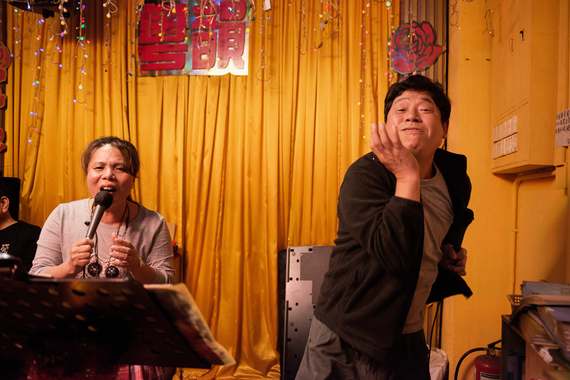 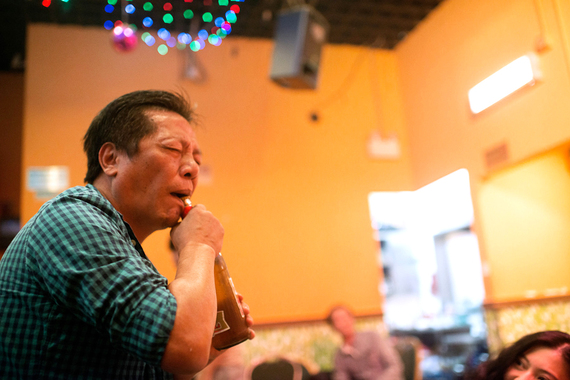 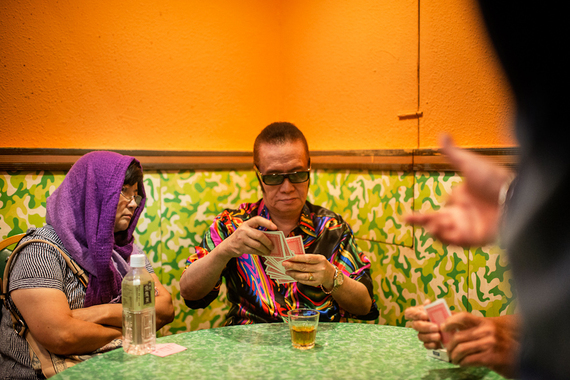 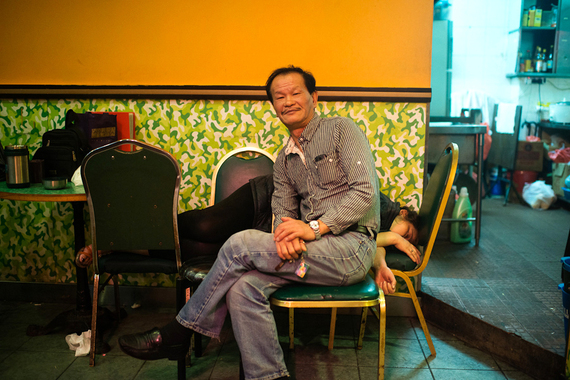 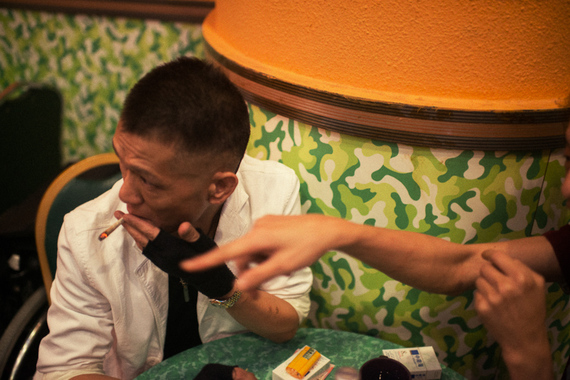 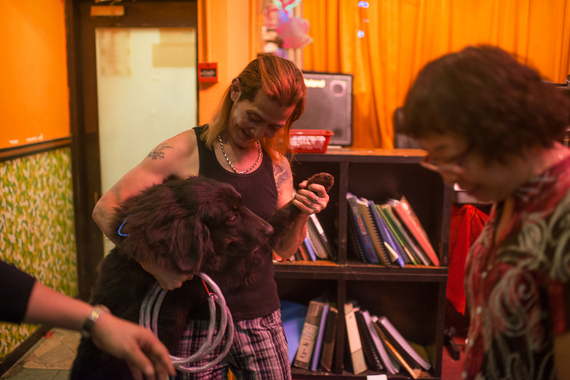 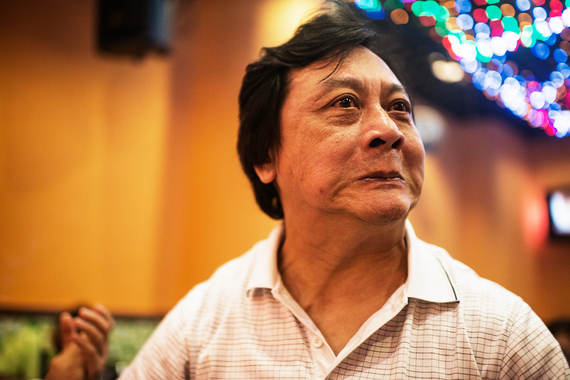 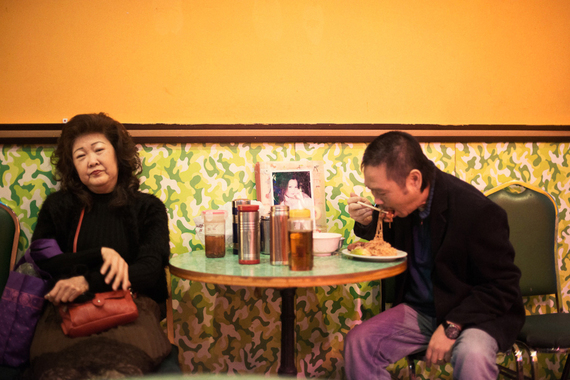 A Slovenian photographer based in Beijing, China.