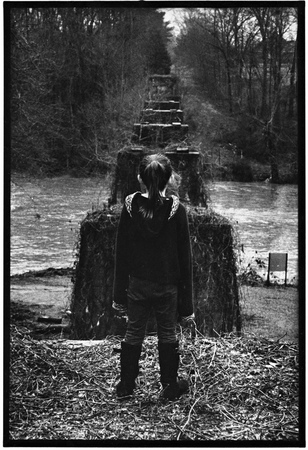 Shawn Henfling shares the crushing emotional burden and fear that come with every setback in his recovery from depression.

Depression and my refusal until recently to combat it have nearly cost me everything. My wife, only a few days ago, admitted something that I should have known but hit me like a brick nonetheless. Were it not for the few good days I had over the past few years, she would not have stayed with me. I was not the man she fell in love with, and was too stubborn, mentally ill, or arrogant to admit it. I realized then, and not the first time, that my depressive episodes were as difficult for her and my children as they were for me. However, I grossly underestimated the effect of my demeanor and mood swings on everyone in my family. Unfair though it may be, I let it continue for years as I tried willing myself into happiness. Treatment has been an enormous help, but a pill or counseling isn't a magic fix. The condition still exists.

...we are only a misstep away from plunging into darkness and crushing despair.

I live in a near constant state of fear. I hear the stories, have read the literature, and know the cold, hard facts of life with depression. My mind is about as trustworthy as your average teenager. I can usually count on it, but there are times when it'll go off and do something stupid and irresponsible. Treatment and recovery are difficult and fluid. Setbacks are terrifying, because you never know when you'll feel the ground start giving way beneath you. Suicide is a real possibility when you cannot trust your own mind. Think of standing on the precipice of a cliff, admiring the view, when suddenly the earth gives way, plunging you who knows how far down into the dark abyss below. We can't back away, we can only stand frozen, waiting for the inevitable, breathing the fresh air and admiring the vast blue sky, but knowing the danger all too well of the slightest shift in our footing. We know better than most that despite the clear air and deep blue sky, we are only a misstep away from plunging into darkness and crushing despair.

Depression, and mental illness as a whole, is an animal unlike anything we're prepared to encounter. It is a predatory chameleon, hiding for days or weeks at a time, revealing itself only when you are backed into a corner and escape becomes futile. During recovery, these episodes can be even more terrifying. Most days since I began treatment I am a normal, functioning adult, able to smile with ease and enjoy life. Setbacks remind me that I may never escape the confines of the fog enveloping my mind. Clarity, it seems, will never be a permanent state and my fear is that the fog may engulf me in its chill embrace, slowly suffocating me into a state from which I may never recover.

Though my mind tries vainly to override the fear, telling me over and over how irrational I am, it surges through me without forgiveness as if coursing through my bloodstream, intensifying with every heartbeat.

I've been working on my recovery from depression for roughly six months now, and the setbacks can be brutal. Analytical by nature, I've looked for patterns and triggers -- anything that I can use to help predict when I may feel the decline in my mental state. Nothing has revealed itself as a predictor as episodes have been initiated by minor stressors in life, but not major and vice versa. It is a humbling experience knowing the one thing I'm most proud of, my mind, will frequently function against me; turning what should be a satisfying life into days of turmoil and despair.

"I felt like I was trapped inside my own head." I use that metaphor pretty frequently to describe how I feel during any depressive episode. The words convey so many things for me: the loneliness, despair, lack of control, all of it. They also bely another fear, deeper and more primal than just another depressive episode. I fear that it'll never end. I am terrified by the prospect of a setback rolling on, interminably for days and weeks, months at a time. Merely contemplating the prospect of a lifetime in depression, unable to escape or feel joy allows the fear to sink its talons into my very soul, much as a raptor grips its prey, preventing escape. Though my mind tries vainly to override the fear, telling me over and over how irrational I am, it surges through me without forgiveness as if coursing through my bloodstream, intensifying with every heartbeat.

Today is my birthday, and I can feel myself slipping into another setback. I don't like it. I know I'm supposed to be happy, thankful for another year. I've recently had a family member endure a tragedy that showed me just how quickly life can change. What was can be severed from what is with the precision and pain of a surgeons scalpel. I know there is much to be happy about, that I'm going home to a wife and daughter who love me, but in my own warped and twisted mind, I cannot see it that way. Instead, my rational mind is overridden by the irrational and emotional torment. The fear, which I'm unable to let go, binds me to my depression in ways I wish I could forget.

I will trudge dutifully on, knowing in my head that this episode will end, that somehow I'll find a way out. Right now, it doesn't feel as though it will be as devastatingly bad as others I've experienced, but the slide has just begun. I, just as so many like me, will put on a brave face and endure because I must. I hope to someday recover, that these setbacks and regressions do not continue indefinitely, but there really is no guarantee of that. I simply go on, living for the good days that now outnumber the bad ones and take solace knowing I have the support of my friends and family. My desire is to never lose that ability, that I never admit defeat, or become another name on the list of those who've lost the war on their minds. I hope that, as time goes on, and if the setbacks continue to occur, I seek not an exit but a welcome embrace. Until it is over, for better or worse, I will continue to chronicle my struggles, making them public in an effort to let you know you are not alone.