His Holiness, Pope Francis at the Vatican:

The purpose of this official letter is to request citizenship in Vatican City, authorized by His Holiness Pope Francis. To be clear, I seek to become a citizen of Vatican City.

I am a member of the African American persecuted minority in the United States of America. African peoples were transported to the 'New World' during the Trans-Atlantic Slave Trade. After slavery was officially abolished in the USA, black African peoples have faced discrimination, hatred, lynching, forced into separate schools and separate housing, forced to reside in poor ghettos, and subjected to police brutality and unfair incarcerations.

Recently, a movement known as "Black Lives Matter" has generated publicity and public sympathy regarding the unfortunate deaths of unarmed African Americans. Pope Francis, my life matters. I call upon you, Holy Father, for protection and prayer. When I look in the mirror and see my black face, I realize that I am terrorized by white privilege. 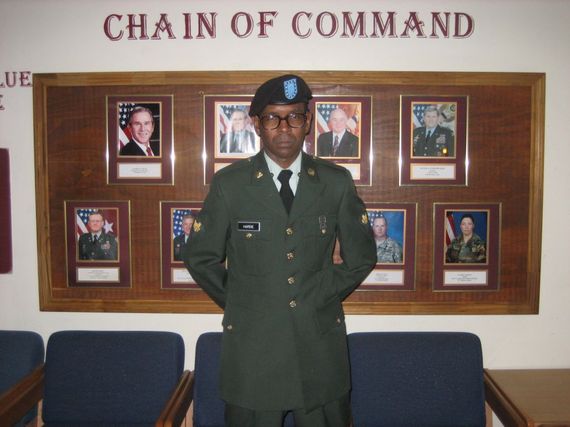 Mark Hardie, who has the Christian name Mary Bernadette of California, served in the US Army.

This unfair and hateful treatment has caused me spiritual stress. I ask His Holiness Pope Francis to pray for me. I also ask for the direct intervention of His Holiness in my request for citizenship in Vatican City. I ask for a written response to this request as soon as possible.

I pray to Jesus Christ for forgiveness of my sins. I ask for the blessing and guidance of the Holy Virgin Mary. I ask for the spiritual intervention of St. Bernadette of Lourdes. My God bless this initiative.

Respectfully, With Faith in Our Lord,
Mark Charles Hardie
Mary Bernadette of California