It would be set in LA for one, and months before the outbreak had spread so widely. It would also have less gore. All of that made sense--who needed a Walking Dead clone?

Well, they replaced gore with bore. The show feels stalled. People keep repeating themselves. Endlessly. Sometimes within the same episode.

The junkie son keeps asking for drugs from his mom.

His mother keeps frowning. At everything.

The totally clueless sister keeps wondering what's going on, but nobody tells her.

They keep turning on tons of lights to let the zombies know they're home.

The quasi-heroic boyfriend/stepfather keeps denying that the "sick" people are incurable and that the world is collapsing around him. He actually tries to reason with a zombie.

At moments like that, you long for the slashing wit of Scream. Even a minor earthquake would divert you from the tedium. 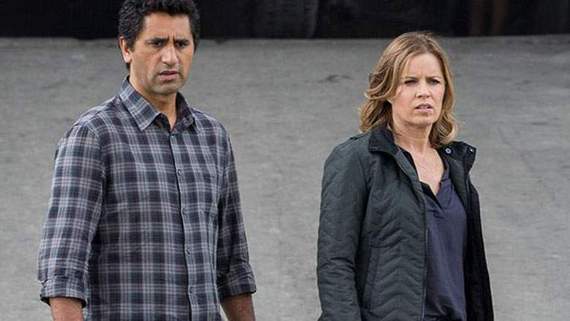 No such luck. Because the same holds for most of the other characters: they're dull, dumb, or both and going through the motions. Oh--so--slowly.

They seem almost as zombie-like as the turned neighbor in this week's episode who stood at a ragged wooden fence, weakly growling, her arm thrust through it. Can zombies (and the fear of them) be boring? You betcha!

And because the show is so frustrating, it makes you gripe: how is it possible that so many of the characters in Fear the Walking Dead have never seen a single effin zombie movie or read a zombie book? How unbelievable is that? And how can Angelenos be so hapless in a crisis?

If the show were any slower and its characters any dumber, it would at least be campy.

But Fear The Walking Dead is just brainless. Pun intended. 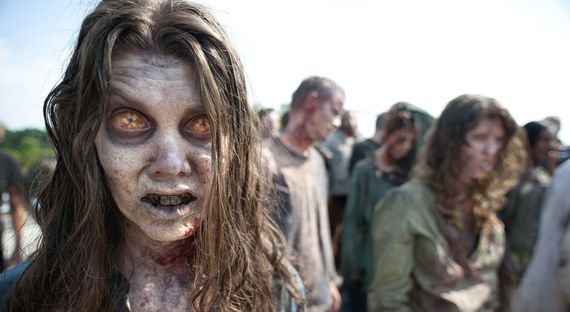 Lev Raphael is the author of The Vampyre of Gotham and 24 other books in many genres.