According to reports, the first "Fear The Walking Dead" trailer will air after this Sunday's "Walking Dead" finale, during "Talking Dead."

"Fear The Walking Dead," which will star Cliff Curtis (“Missing"), Kim Dickens ("Gone Girl," "House of Cards"), Frank Dillane ("Harry Potter and the Half-Blood Prince") and Alycia Debnam Carey ("Into the Storm"), will air its first batch of episodes later this summer. A 13-episode second season will debut in 2016. 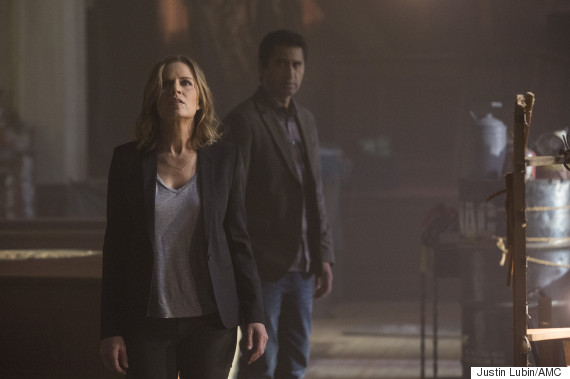