An empty parking lot and a large oval mark on the front of the building where the sign once hung are all that is left of the Ralphs supermarket on the corner of Martin Luther King Jr. Boulevard and Western Avenue in South Los Angeles. Only five Ralphs -- owned by Kroger Co., the largest grocery chain in the nation and fourth-largest retailer in the world -- remain in this community with over a million residents.

If this was just one store shutdown, we could chalk it up to a business decision. Unfortunately, corporations abandoning or refusing to serve South L.A. is a recurring story, and sadly a common theme in communities of color across America.

Over the past decade, we have seen more than our fair share of grocery store departures. In fact this is the second Ralphs in South L.A. to close within a few months. Thousands of residents have taken their regular trip to the supermarket only to find boarded-up windows, a deserted parking lot and a poorly placed sign announcing the closure. Although Ralphs never had a reputation for offering high quality service or products in South L.A., residents were justifiably angered by the exit.

Because first and foremost, this is about equity

Whether poor or wealthy, all people deserve fresh food and need it to thrive. Although some communities have many opportunities to make healthy choices, ours does not -- which unfortunately is not an uncommon occurrence for too many inner-city and rural communities.

Here in Los Angeles, on the West side of town and in Hollywood, Ralphs and other full service supermarkets are competing to provide vast varieties of food including organic produce, deli selections and prepared items -- as well as services such as banking -- in clean and aesthetically pleasing environments. In contrast, grocery chains and other large corporations pigeonhole South L.A. inhabitants with large quantities of processed foods, fast food restaurants and liquor stores. Residents who want fresh food and services (and yes, there are plenty of us) are forced to go without or travel far distances to get them. 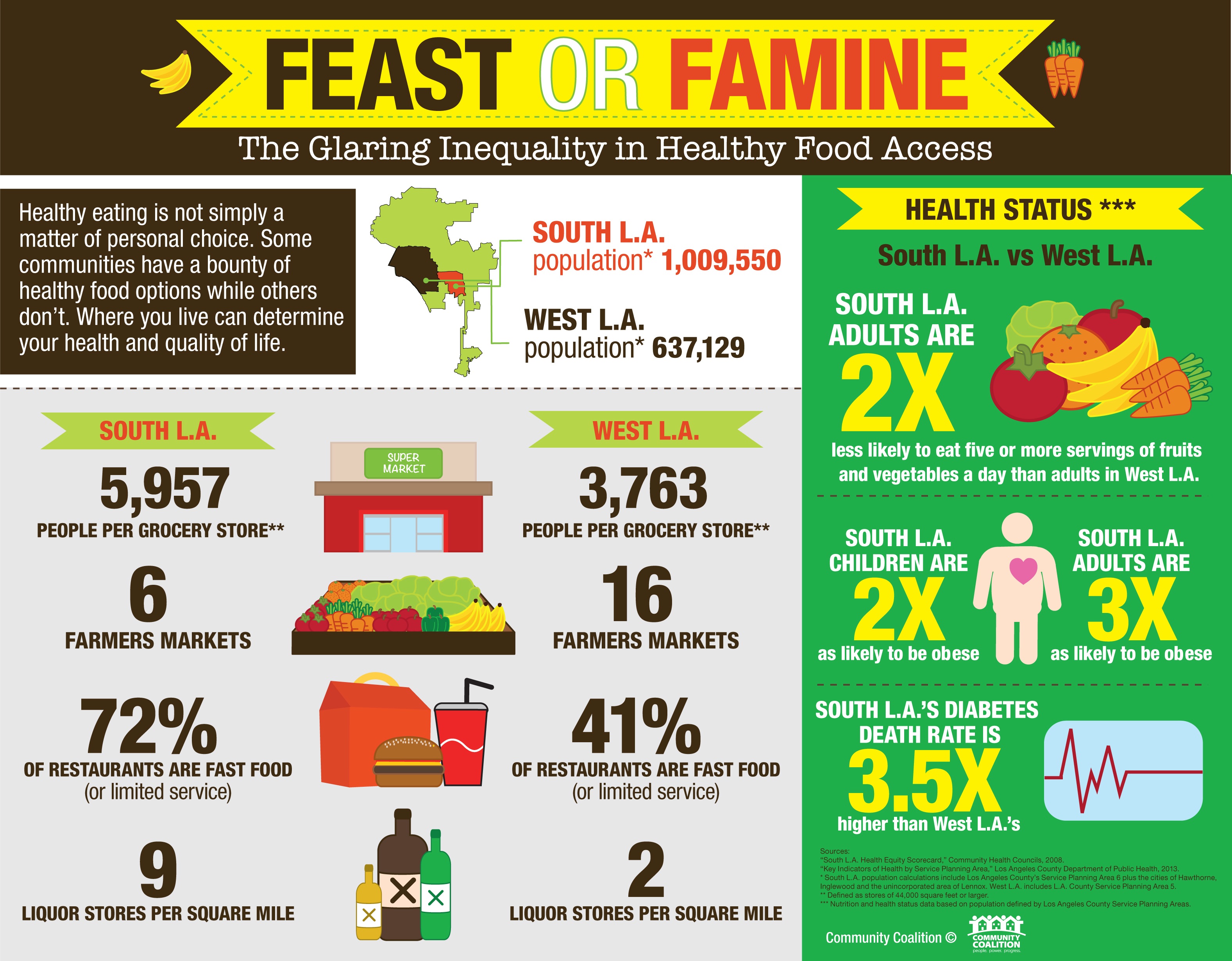 Secondly, this is about respect

My parents taught me that you leave a place better than you found it. Not only did Kroger stealthily give less than two weeks' notice, it left behind yet another abandoned building and a string of broken promises to invest in South L.A. after the 1992 civil unrest. This type of disrespect would not happen in a wealthier part of town. It shows how little regard the company holds for this community.

Lastly, this is about greed over need

Kroger reported $96.8 billion in revenue last year. How is it possible that a corporation that pulled in almost $100 billion is closing yet another store in a community of great need?

Access and availability are not determined by market forces, but increasingly by a few companies that monopolize control over such basic things as food (and even water); in doing so, they unfairly decide what different neighborhoods will get in terms of quality, selection and price.

It's time for action

South L.A. has a history of turning moments of crisis into ones of promise. The closure of Ralphs represents an opportunity to insist on something better, and to organize ourselves to make those demands a reality.

Let's work together to ensure that the building left behind gets immediately filled with a quality grocery store. Let's pressure Kroger to upgrade the quality and management at the few other stores it has left in South L.A. Lastly, let's create alternatives by supporting our new produce stand opening just a few blocks away on the corner of 39th Street and Western.

Together we can, and will, make a difference.