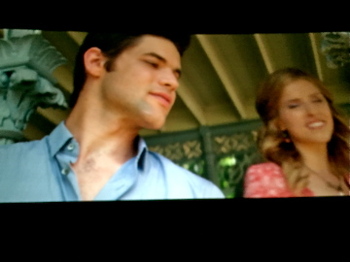 I made it to the 8:20 a.m. showing of, "The Last Five Years," and loved it. Nothing like a musical to start the day, not to mention, transport you to New York City via the story of a struggling actress, played by Anna Kendrick, newly married to the "It" author of the moment, played by Jeremy Jordan. Film director, Richard LaGravenese, sets the right tone so that every chord rings true. I barely noticed that the whole film is sung as I was so pulled into the story. To me, it seemed like life in your twenties, the way you get so hopeful and giddy with first love, and marriage, unprepared for the compromises and disappointments that inevitably present themselves. You feel for Cathy Hiatt (Anna Kendrick) as she struggles to make it as an actress only to have to go back to Summer Stock in Ohio, while you totally get how intoxicating success would be for Jamie Wellerstein (Jeremy Jordan) and how irresistible the temptations would seem. How can a young relationship survive?

At 10:00 a.m. I headed over to the Santa Barbara Museum of Art, to see the documentary, "Gardeners of Eden," directed by Austin Peck and Anneliese Vandenberg, executive produced by, and, featuring Kristin Davis ("Sex and the City"). Dame Daphne Sheldrick founded The David Sheldrick Wildlife Trust in Kenya to protect elephants from the savagery of poaching that is wiping out the species at an alarming and heartbreaking rate. "We are the endangered species," Dame Sheldrick says at the beginning of the film, "because we have stepped out of nature." The worldwide population of elephants has gone from 3 1/2 million down to 300,000 today. We learn that in the Tsavo National Park, where animals in the wild are supposed to be safe, "poaching is epidemic." The David Sheldrick Wildlife Trust runs an orphanage for baby elephants whose mothers have been killed. The babies are brought back to the orphanage and nursed back to strength until they are healthy and strong enough to be released back into the wild. 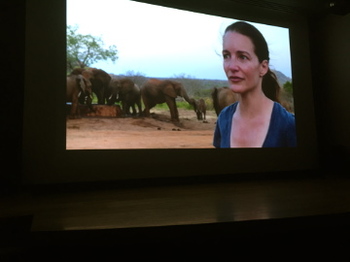 (Kristin Davis in "Gardeners of Eden")

We see the footage of the mother elephants after they have been shot, their tusks ripped out of their faces and their feet chopped off for trophies or stools. The film is horrifying and heartbreaking and several times throughout watching it I found myself wiping away tears. What has become of us? How can we stand idly by and watch this happen? The film lays out the problem clearly. We see the work that the Trust is doing not only in coming to the aid of the elephants, but in their Team going after the poachers (risking their lives) to stop them. The poachers are armed with AK47's. The high stakes are due to the market for ivory that still exists. Poor african villagers fall into poaching as a means of making money. The trade is equated to the drug trade. "Behind China, the U.S. is the second highest market for ivory." You hear facts like that and it makes you want to cry. How can we be so crazy? 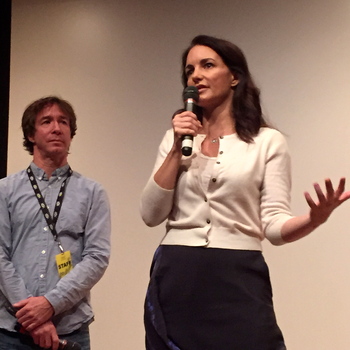 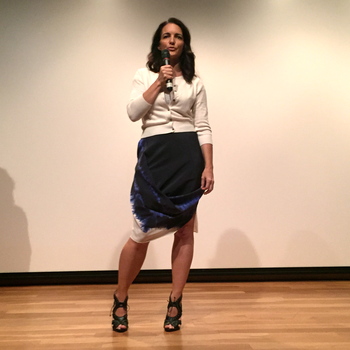 There are things that can be done and that are being worked on that Kristin Davis spoke passionately about in the Q & A. (The film, "Gardeners of Eden, " was her idea.) Legislation in California is up supporting the President who tried to pass a nationwide ban of ivory sales but the NRA fought back. Kristin, who has worked for the trust for nine years, said that they are working on educating the children in Kenya. They are hiring the villagers and educating them so that they see the economic (tourism) value in protecting the elephants. There was a group of women in Hong Kong that did "an ivory burn." They are encouraging other "ivory burns." They are trying to use social media.

"Gardeners of Eden" is one of the most important and impactful films I have ever seen. It is a call to action that is directed at each of us. Do you get it? If we don't all do something what kind of world will this be? I applaud the work that Kristin Davis is pouring her heart into with this film, informing us of the work of the David Sheldrick Wildlife Trust, giving us all a chance to act before it is too late. This is the power of film.

"Swains Island," is Director Jim Knowlton's film about this remote island located north of American Samoa, "one of the last jewels of the planet." Swains Island was owned for generations by the Jennings family and now is part of the National Marine Sanctuary of American Samoa. Knowlton films Jean-Michel Cousteau as he explores and swims around the pristine coral reefs surrounding Swains Island. Scientists and Jennings family members trace the history of the island. The island is less than a square mile and a lake takes up one third of it. Unless you want to make the 50 hour journey, 22 hours by boat, this film is a great way to travel to this very special part of the world. 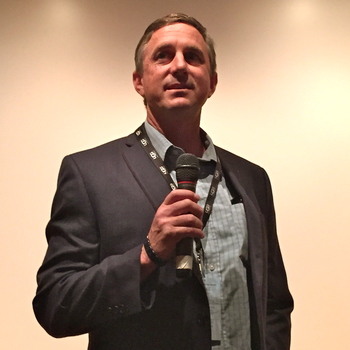 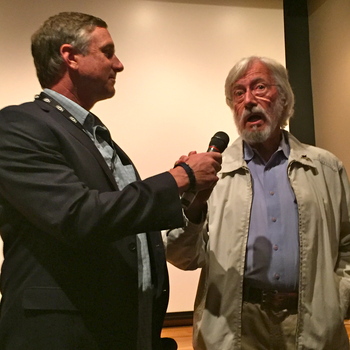 Next on the agenda, Doc Shorts:Behind the Scenes, a selection of short documentaries that highlight the artisans in filmmaking, foley artists, italian voiceover actors, visual EFX artists and a 35mm projectionist at a Drive-In movie theater. "The Secret World of Foley," directed by Daniel Jewel, showed us the process of creating sound effects by filming two foley artists at work. In "Changeover," a film by David Ketterer and Connor Lynch, we discover how the changeover to digital projection affected the owners of a Drive-in who had used film projectors for 63 years. The cost to switch out from film to digital was so prohibitively expensive that they were not going to be able to stay in business. "It's Better In Italian,"directed by Jordan Ledy, showed us the Voice-over actors who have consistently provided the voices of American actors over a span of time. One actor had been "(dubbing) Elijah Wood for 23 years." 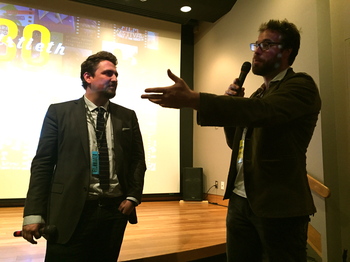 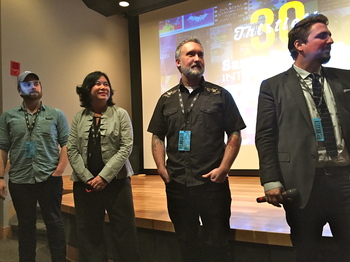 Finally, in, "Life of Pi," written by Christina Lee Storm, written and directed by Scott Leberecht, we learn about an L.A. based VFX company, Rhythm and Hues, that did the work that won the Academy Award for "Life of Pi," just two weeks after having to declare bankruptcy. We learn how their contracts locked them into a fixed fee that often cost much more, due to changes and add-ons, unfortunately at the company's, not the film's, expense. It was pointed out that there is no VFX union. Most shocking was seeing the footage of Ang Lee accept the Oscar for Best Director of "Life of Pi," and neglect to thank the VFX team! It makes your jaw drop. 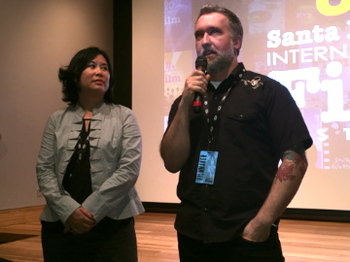 Finally, at 8:00 p.m., I headed over to the Arlington Theatre for the VARIETY Artisans Award event. The Artisans Award celebrates those who are essential to the filmmaking process and who have exhibited the most exciting and innovative work of the year in the respective fields. 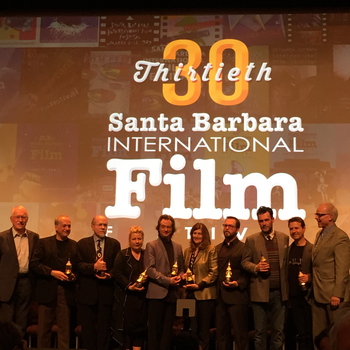 That's a wrap on this day!

Quinta Brunson, The New Face Of Olay, Calls Her Achievement A ‘Pinch Me Moment’