Betty Flemming celebrates her 22nd birthday this year, but frankly, she has always looked old for her age.

Her condition isn't medical, it's "calendar-ical:" She was born Feb. 29, 1924. As such, she only has a birthday every four years, which means she only was legally old enough to buy booze in 2008.

But that's only if you go by the birthdays that were actually on the calendar. Chronologically, Flemming will be 88 this year and lives in a retirement community in Springfield, Va. She has enjoyed her unique birthday since she first discovered she was a "leapling" at a surprise party.

"On my eighth birthday, my mother threw me a big surprise party on Feb. 29," Flemming told HuffPost Weird News. "I then realized what a special day it was. Every other year, we celebrated my birthday on March 1 because my mother said 'Feb. 28 was a day too soon!'"

"I get to hear from people and talk to people that I hadn't talked to in four years. It's a memorable day, so close friends and family always remember to celebrate," she said. "However, like any birthday, the hardest part is aging. Even if Feb. 29 doesn't come, I'm still another year older."

It is estimated that 4 million people share Flemming's birthday, including celebrities like rapper Ja Rule, motivational speaker Tony Robbins and actor Antonio Sabato Jr., who said in 2003 (a few months before his "eighth birthday") that he never felt shorted by the timing of his birth.

"I'm okay with it because it's also my grandfather's birthday," he said. "Plus, I get four years' worth of presents every Feb. 29."

It's true that having four years between birthdays might teach delayed gratification, but there are downsides, according to Lisa Barr, a publicist in New York, who will turn "12" this year.

"I don't think I realized that I was 'different' until I was in fourth grade," she said. "I remember someone saying that I didn't really have a birthday -- it was a non-leap-year -- and I remember feeling hurt and didn't understand what that meant."

Another problem: People forget she even has a birthday.

"I remember and always send birthday cards to people, so for them to 'forget' or say, 'Well, you don't really have a birthday this year anyway,' can hurt your feelings. Also, it's like you don't have a 'real day' that's yours... You just get older."

Eve Griffin, a curatorial assistant of modern and contemporary art at the Harvard Art Museums, enjoys the unique status of being a leapling, but admits it can sometimes make her shortcomings obvious.

"The worst part about the birthdate is that it's an embarrassing reminder of how terrible I am at simple division," said Griffin, who was born in 1980. "You know, 'So how many birthdays have you had? Seven?' 'Ummm…'”

"I tried to rent a car from a national car rental firm a few weeks ago," he told HuffPost Weird News by email. "Their system would not take (the birthday) 2/29. I told the agent to use 2/28 and it was accepted. She did not ask any questions, did not seem fazed, and I was off and driving quickly."

"This happens on occasion. Some reps via phone, etc., are quite indignant that they cannot help me when my birthday will not take, as if their computer just popped up a screen that says 'call FBI and keep customer on phone.' I have to explain Leap Year and some get it, and some have no clue," he said.

Another challenge facing people born on Feb. 29 is figuring out when to celebrate during the non-leap years. Some try to milk it by celebrating on both Feb. 28 and March 1, but Suzanne Lyons, a public relations professional, said her mom nipped that idea in the bud when she was young.

"From the time I was a kid and knew my birthday was different, my mother explained to me that time never moves in reverse, it always moves forward," she said. "I was never born on Feb. 28, I was born the day after Feb. 28 -- no matter what day that is. That made perfect sense to my kid brain then, and still makes sense today."

It might sound like leaplings have suffered because of the intricacies of the Gregorian calendar, which was created in 1582 to keep time on Earth in line with the planet's orbit. But Lara Leff, a Bloomingdale's buyer, who will celebrate her "eighth birthday," said there have been some good birthday parties despite not having many of them.

"I turned 5 years old while attending Syracuse University," she said. "My friends got me over to my friend's apartment and surprised me with a stripper who posed as a pizza delivery guy. A non-traditional fifth birthday party."

As for how leaplings can best celebrate this particular Feb. 29, Griffin has perhaps the most specific advice: "Try not to dwell on the fact that you also share a birthday with not one but two serial killers: Aileen Wuornos and Richard Ramirez," she advised. 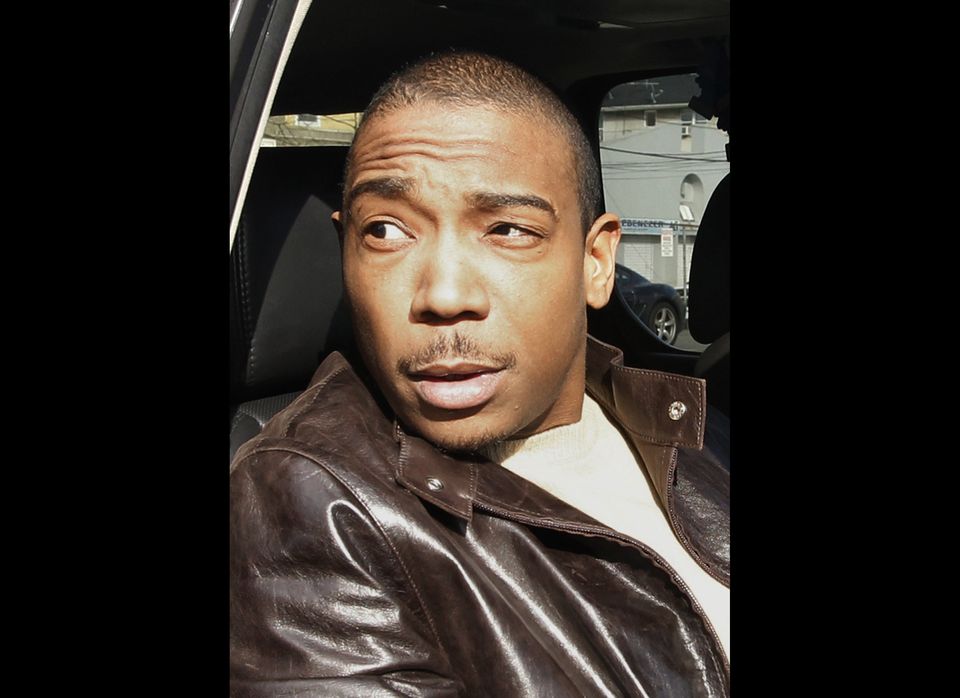 1 / 11
Ja Rule
Ja Rule is an American rapper, singer, and actor who had several hits between 2000 and 2004. He is currently serving time in prison for attempted possession of a weapon and for income tax evasion.
AP Photo/Julio Cortez, file