The American job market is on an historic roll. The even better news is that it's still got a lot of room for improvement.

The February Jobs report, released Friday morning, was another good one. The U.S. added 295,000 jobs last month (economists predicted 240,00 new jobs). The unemployment rate dropped from 5.7 percent to 5.5 percent, the lowest it has been since May 2008.

And yet there is a significant amount of what economists call "slack" -- people who can be put to better work in the economy without inflation becoming an issue. Because of the depth and severity of the recession, there are still a lot of Americans who are on the fringes of the workforce.

For instance, take a broader measure of unemployment, which the Bureau of Labor Statistics calls U-6, which measures everyone who is included in the narrower unemployment rate (called U-3, the one that makes the headlines and fell to 5.5 percent this month), along with -- as I wrote in December -- people who either: a) aren’t looking for a job because they don't think they will find one; b) have looked for a job in the past year but not recently; or c) are part-time workers who can't find full-time work. This is one way to estimate the slack in the labor market beyond the headline unemployment rate. 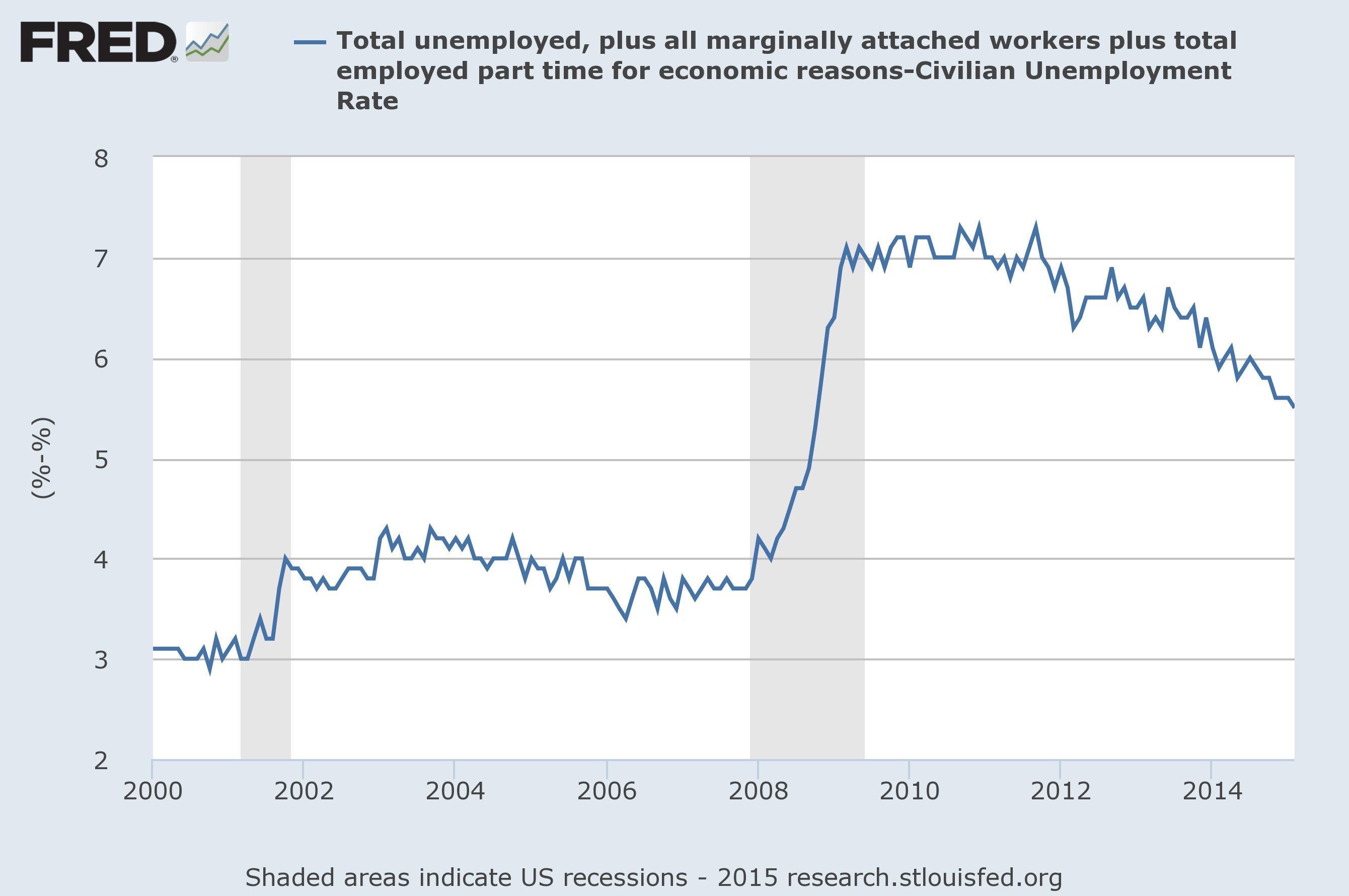 As you can see, the gap between the broader U-6 unemployment rate and the narrower U-3 rate is steadily closing, but it is still almost twice as high as it was before the recession. This is a good approximation of how much slack there is in the U.S. job market.

What accounts for that gap? The biggest component are workers with part-time jobs who want full-time positions, but can't find them. There are still about 2.4 million more Americans ready and willing to work full-time, but forced to take part-time positions because that's all they can find, than there were before the recession. 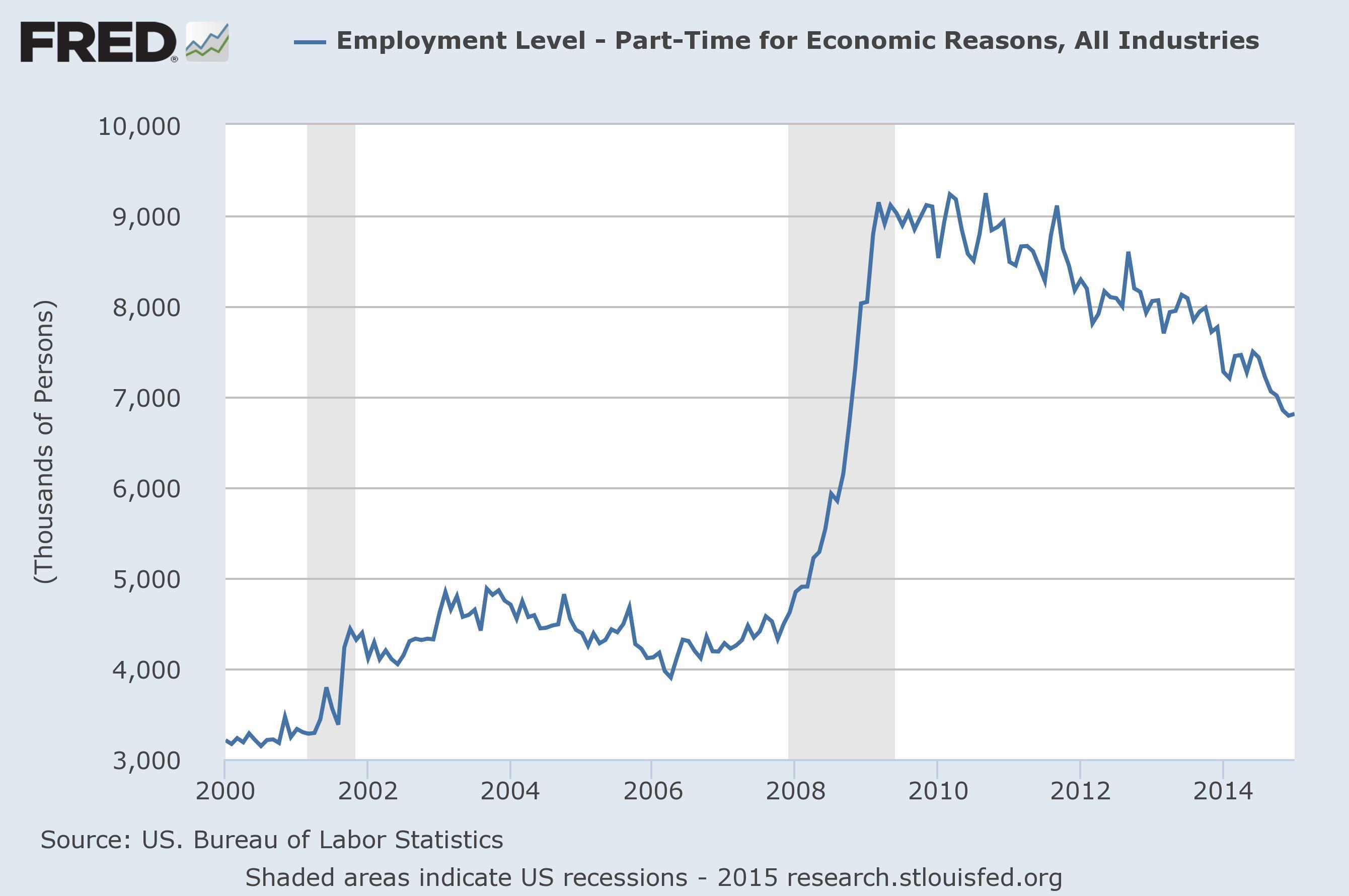 That's a picture of a job market that's much healthier than it used to be, but still needs significant rehab. As long as there's this much slack in the labor market, it may not be possible to get wages -- which were basically flat in February -- growing quickly again. The good news is that the job market, after too many years of too slow growth, is finally recovering as at a consistently fast pace.