The biggest supermoon of the year will light up the sky on Tuesday.

February’s full moon reached its peak at 10:54 a.m. Eastern time on Tuesday, when the moon was still below the horizon for viewers in the U.S., according to Space.com.

But American space fans will still get a great show ― and plenty of photo opportunities ― with this month’s supermoon. The key is to watch the horizon during moonrise.

“The Moon will look extremely large when it rises and sets,” NASA astronomer Mitzi Adams wrote in a blog for NASA on Friday. “This ‘Moon illusion’ happens when the Moon is close to the horizon and there are objects within our line of sight such as trees or buildings.”

“Because these relatively close objects are in front of the Moon, our brain is tricked into thinking the Moon is much closer to the objects that are in our line of sight,” she continued.

Tuesday’s full moon is called a supermoon because it happens near the point in the moon’s orbit when it is closest to the Earth, which makes the moon look slightly brighter and larger than usual.

February’s supermoon is part of a trio of supermoons taking the celestial stage at the start of 2019. The last supermoon coincided with a total lunar eclipse that happened after sunset on Jan. 20. There will be another supermoon on March 19.

The moniker “supermoon” isn’t scientific; it was introduced in 1979 by the astrologer Richard Nolle and is now used in pop culture to describe a moon that is brighter than usual, according to NASA. Recently, stargazers have also been using nicknames from The Farmer’s Almanac to describe each month’s full moons. Under this nomenclature, last month’s total lunar eclipse was called a super blood wolf moon. February’s supermoon is being called a snow moon or hunger moon, for the heavy snows that usually occur at northern latitudes during this month that could make hunting difficult.

Find out your local time for moonrise and moonset here or watch a livestream of the supermoon seen from Rome. 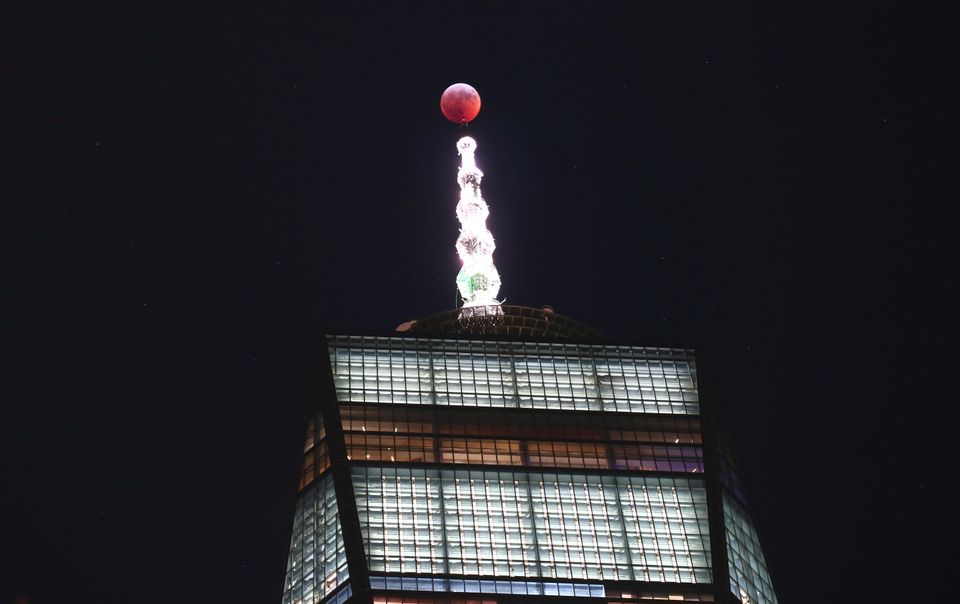