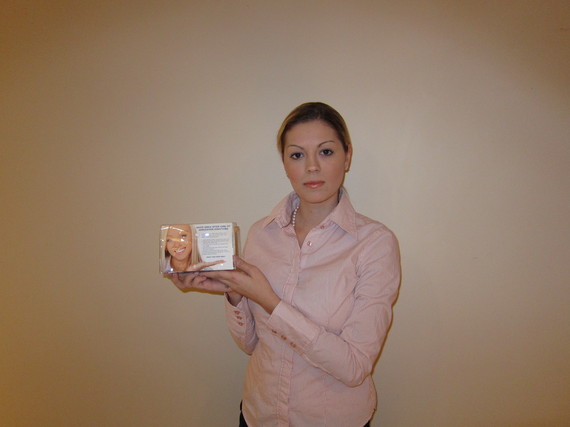 Could the government prohibit LeBron James from playing professional basketball simply to put more money in the pockets of less talented athletes? Absolutely, said the Second Circuit Court of Appeals, in a surprising -- and appalling -- decision last week upholding a nakedly anticompetitive restriction on non-dentist teeth-whiteners in Connecticut. The decision deepens a split between the federal circuits concerning the constitutionality of economic protectionism -- a split that cries out for resolution by the Supreme Court.

In 2011, the Connecticut Dental Commission issued a ruling that only licensed dentists were permitted to provide certain teeth‐whitening procedures. Non-dentist teeth-whiteners were threatened with up to $25,000 in fines and five years in jail per customer. Tasos Kariofyllis and Steve Barraco, co-owners of Sensational Smiles LLC, brought suit, arguing that this prohibition (like similar prohibitions in other states) does nothing to promote the state's legitimate interests in public health and safety; instead, the prohibition is plainly designed to protect dentists from having to compete with cheaper, more convenient non-dentist teeth-whiteners. The parties agreed that only one rule applied to Sensational Smiles -- a rule stating that only licensed dentists can shine an LED lamp at the mouth of a customer during a teeth-whitening procedure. These lights are no more powerful than a household flashlight and it is perfectly legal to make these lights available for customers to position in front of their own mouths.

Writing for himself and another judge on the Second Circuit panel, Senior Judge Guido Calabresi conceded that the would-be teeth-whiteners "forcefully argue[d] that the true purpose of the Commission's LED restriction is to protect the monopoly on dental services enjoyed by licensed dentists." However, he concluded that a "simple preference for dentists over teeth-whiteners" on the government's part would be a "rational" justification, even if the challenged rule was neither meant to nor actually did anything to protect public health. "[E]ven if the only conceivable reason for the LED restriction was to shield licensed dentists from competition," explained Calabresi, the rule would stand.

Judicial review of economic regulations is a sham under such an approach. As recited by Judge Calabresi, the default rule in constitutional cases--the so-called "rational basis test" -- requires judges to determine whether there is a "rational relationship between... legislation and a legitimate legislative purpose." The Supreme Court has made plain that legislative classifications must be supported by "legitimate" ends that are "independent" of mere political will to impose those classifications. The Court has consistently affirmed that Americans have a constitutional right to earn an honest living. Even in its most deferential rational basis cases, the Court has always required some assertion, however patently pretextual and insincere, of a public-spirited purpose for burdening the right to earn a living--some public-oriented end that is distinguishable from a bare desire to harm the politically powerless or benefit the politically powerful. As Judge Christopher Droney observed in his concurrence, to say that the court is inquiring into whether the government is pursuing a "legitimate" end is "disingenuous" if any reason -- even one that is indistinguishable from pure political will -- is sufficient.

Remarkably, this is not the first time that a federal court of appeals has endorsed naked economic protectionism as a constitutionally legitimate government interest. In Powers v. Harris (2004), the Tenth Circuit Court of Appeals concluded that a state could forbid non-funeral directors from selling caskets simply to give state-licensed funeral directors a lucrative monopoly on that trade. Judge Deanell Tacha quipped that "while baseball may be the national pastime of the citizenry, dishing out special economic benefits to certain in-state industries remains the favored pastime of state and local governments."

By contrast, in St. Joseph Abbey v. Castille (2013) and Craigmiles v. Giles (2002), the Fifth and Sixth Circuit Courts of Appeal displayed the kind of judicial engagement required to ensure that any restrictions on the right to earn a living are justified by legitimate government ends. Both the Fifth and Sixth Circuits have rejected the notion that naked protectionism is constitutionally legitimate. Confronted with facts nearly identical to those in Powers -- that is, state laws forbidding non-funeral directors from selling caskets--both courts engaged in impartial scrutiny of the evidentiary record to determine whether the licensing schemes at issue were justified by legitimate health or safety interests and concluded, correctly, that they were not. There is thus a "circuit split" prime for Supreme Court review, squarely presenting a question of fundamental importance to ordinary Americans across the nation--whether their right to earn an honest living can be extinguished by entrenched incumbents whose lobbying power they cannot match.

The answer to that question is a resounding "no." The Second Circuit and Tenth Circuits' endorsement of rent-seeking is flagrantly at odds with our Constitution's basic premises. Founding-era jurists used the example of legislation that took from A and gave to B without any public-spirited justification as a paradigmatic example of illegitimate legislation. Such legislation, the Supreme Court recognized in Calder v. Bull (1798), is not law at all--it is a mere exercise of force, indistinguishable from the act of a robber or a bandit. It is high time the Court clarified that theft by government of a right held sacred by the Framers and critical to ordinary Americans' peaceful pursuit of happiness will not be tolerated.