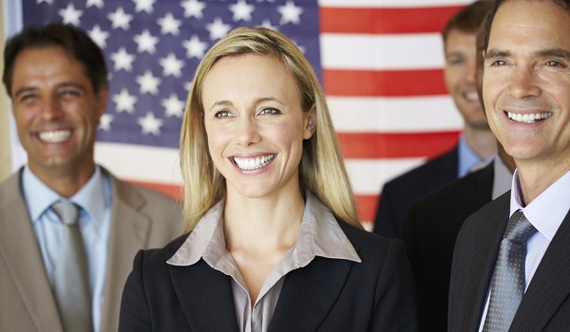 "It's good enough for government work."
This old phrase regarding the quality of work can now be turned around to say, "Government work is good enough." At the very least, it can with respect to salaries, according to data from the
Bureau of Economic Analysis
(BEA).

Government workers generally fare better than private sector workers and have done so since the 1990s. Over the last 25 years, the percentage difference between average federal pay and private sector pay has doubled.

During the administration of George W. Bush, federal pay increased considerably. A partial freeze on wages for government workers held salaries back from 2011 to 2013, but the imbalance was restored in 2014 as it rose by 2.9% compared to 1.7% within the private sector.

The Cato Institute recently released a report summarizing the wages of federal workers and how well they are doing compared to their private sector counterparts. In 2014, the average federal employee salary was $84,153, approximately 50% more than the average private sector worker earned. This discrepancy increases to 78% when benefits are included. The average federal worker costs the government (aka taxpayers) $119,934.

The Cato study showed that federal government work had the fourth highest compensation as of 2014, eclipsed only by company management functions at $143,809, utilities at $135,055, and mining at $135,003. Federal government employees fare better than information management employees ($118,678), finance/insurance ($118,007), and those in the professional/scientific disciplines ($106,020). The average government worker salary is more than twice that of the average educational worker ($56,201) and over three times that of retail workers ($36,650).

Currently, over 300,000 federal employees earn over $100,000 in salary, and the top 1,000 of those earn a minimum of $216,000. According to the Wall Street Journal, many of those in the highest level are employees at the Department of Veterans Affairs -- the same VA that distributed over $142 million in bonuses last year, amid charges of mismanagement and falsifying records.

Rooting out and correcting mismanagement and overpaid employees within the federal ranks is extremely difficult thanks to various regulations and protections. According to a USA Today study, job security is so strong that workers at most federal agencies have a greater chance of dying on the job than they do of getting fired.

The burden of overpaid federal employees is non-trivial. For 2015, the federal government consumes $260 billion in wages and benefits for executive branch federal workers. That value is spread over 2.1 million civilian workers. Those who attempt to curb the rise in benefits run afoul of the powerful unions and lobbyists that benefit from higher wages for their members. The Cato report notes the opinion of the head of one federal union who called opponents "fools" at a conference in 2015 and threatened to "open up the biggest can of whoop ass" on them.

It is at least fair to ask if these salaries are deserved -- after all, much of the federal workforce does require special skills and training such as legal backgrounds. However, the ratio of special skills to more mundane federal work has not changed in recent years. It seems more likely that the mechanism is automatic percentage increases that continue to propagate the discrepancy by definition.

How can this be corrected? The only way is to elect enough officeholders that oppose this growth so that a critical mass is reached. To paraphrase the union representative, American voters will need to "open up a can" on elected officials who allow the federal largesse to continue.