WASHINGTON -- For those who fear America is changing too fast, take heart in our minimum wage. It hasn't been going anywhere.

As of Thursday, five years have passed since the last time the federal minimum wage was raised. On July 24, 2009, the wage floor was hiked from $6.55 to $7.25 per hour, thanks to the last in a series of increases passed by a Democratic-controlled Congress in 2007.

It remains at $7.25 today, despite calls from Democrats to boost it again.

Proponents of raising the minimum wage gathered Thursday on Capitol Hill to mark what they deemed an embarrassing five-year milestone. Sen. Tom Harkin (D-Iowa), Sen. Al Franken (D-Minn.) and Rep. George Miller (D-Calif.) argued that a minimum wage increase would be a financial boon for local economies across the country.

"They're not going to spend that extra money flying to Paris for the weekend. They are not buying a yacht or a private jet," Harkin said. "They're spending it on pizza and beer and things like that in their local stores."

The lawmakers unveiled a new online ticker that they said indicates how much purchasing power minimum wage workers have lost since 2009. The ticker was created by the Center for Economic and Policy Research, a progressive think tank. According to a statement issued by CEPR on Thursday, a stagnant minimum wage "essentially amounts to a continual pay cut for millions of workers," since their wages don't rise with the cost of living.

Using survey data, CEPR estimated that minimum wage workers would have been paid an additional $6 billion since 2009 if the minimum wage had kept pace with inflation.

An act of Congress is required to lift the federal minimum wage, which prevails in the 29 states that still don't mandate a higher one. Although more and more states are boosting their own wage floors, it isn't unusual for the federal rate to go long spells without a rise. It once went a full decade -- 1997 to 2007 -- between increases.

Democrats in Congress want to change the law so that the federal minimum wage rises each year with the cost of living. The plan introduced by Harkin and Miller would hike the wage floor to $10.10 per hour and then tie it to an inflation index. President Barack Obama has thrown his weight behind the proposal and made it a central piece of his "year of action" on the economy.

Republicans, however, have been steadfastly opposed to a minimum wage hike. Democrats in the Senate still haven't rounded up enough votes to overcome a GOP filibuster, and Republicans in the House have shown no interest in bringing the measure to a vote.

Cities and states, meanwhile, have been moving their own wage floors, sometimes in ambitious fashion. Seattle recently passed legislation that will gradually raise the city's minimum wage to $15 per hour and tie it to inflation.

On Thursday, Miller pointed to recent findings by the Labor Department that 13 states that increased their minimum wages earlier this year have been experiencing faster job growth than the states that didn't. 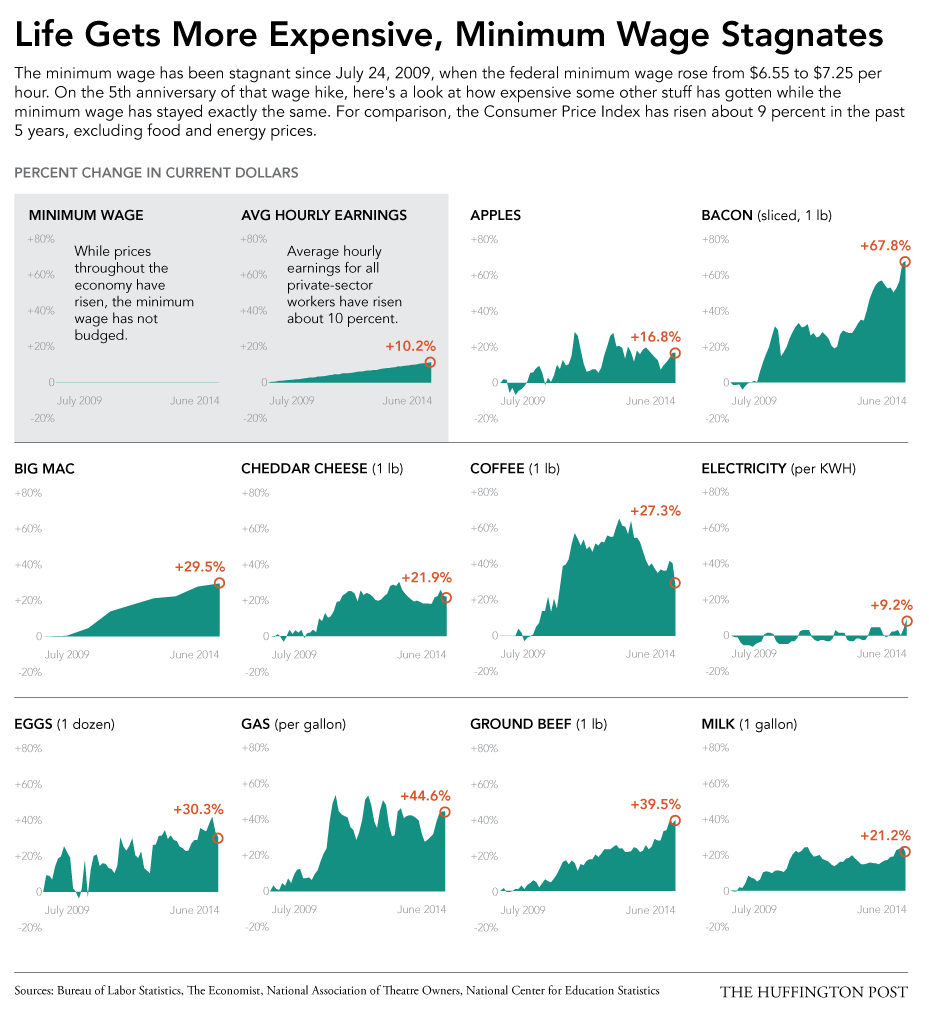