A group of federal workers who had their pay delayed due to the shutdown are suing the federal government, saying it violated its own labor laws by giving them abbreviated paychecks in October.

In a suit that was filed Oct. 24, five federal employees who were required to work through the shutdown accuse the government of failing to pay them minimum wage and overtime during one pay period. By withholding several days' worth of pay, the government ran afoul of the Fair Labor Standards Act, they claim.

The original plaintiffs are all employees of the Bureau of Prisons, but their lawyer told HuffPost that the firm has heard from many more federal workers and plans to add new plaintiffs.

"These are by no means highly paid federal employees," said the lawyer, Heidi Burakiewicz, of Mehri & Skalet in Washington. "They didn't know how they would support their children during the shutdown. They had to defer payments for bills."

Unlike their furloughed counterparts, many employees were deemed "excepted" personnel and were required to work through the two-week shutdown, knowing they would eventually get paid for their services. But according to the lawsuit, these employees weren't paid for the work they did between Oct. 1 and Oct. 5 on their regularly scheduled payday, instead having to wait for a later paycheck.

Even if these workers were fully compensated later, they were still paid less than the minimum wage on their scheduled payday, the suit claims. According to Burakiewicz, many employees who worked overtime during the shutdown had their additional hours recorded but couldn't be paid for them in their next paycheck.

"Its violation was willful, and in conscious or reckless disregard of the requirements [of the law]," the suit says of the government.

Burakiewicz argued that the federal government doesn't get to hold itself to a different standard than the private sector. Given the decent likelihood of more shutdowns, she said that the plaintiffs want to make sure they're paid fairly and on time.

"It's actually really heartbreaking," she said. "I myself couldn't help but turn on the television and hear about overpaid federal workers, people saying they should lose their pay for two weeks. But there are a lot of hard-working, blue-collar federal workers out there, people living paycheck to paycheck."

The Justice Department has not yet filed a response to the complaint.

Federal Workers Sue Government For Withholding Pay During Shutdown
Then & Now: The 1995 And 2013 Shutdowns 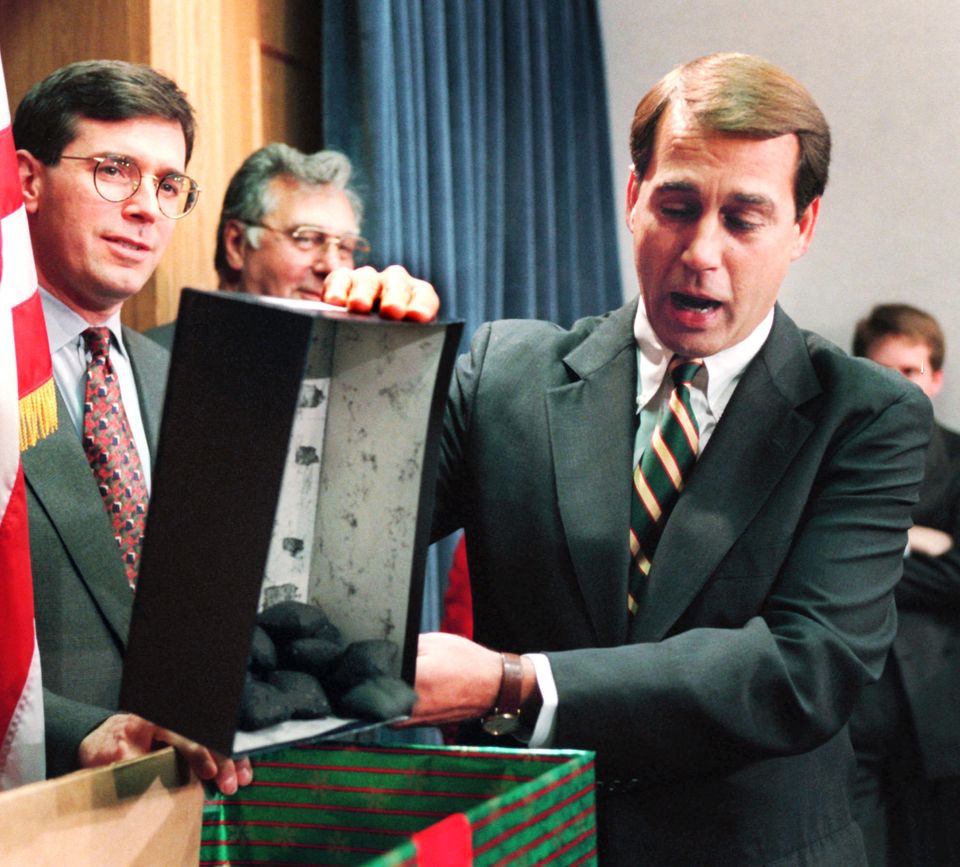