A noted Hollywood filmmaker faces prison after a conditional guilty plea July 12 in a wiretapping case so interesting that it deserves two alternative news accounts.

Here's a version such wire services as Reuters provided to the vast majority of Americans:

Die Hard film director John McTiernan pleaded guilty to lying to law enforcement officials in connection with the racketeering case of a private detective who represented many Hollywood stars.

A trial for McTiernan had been expected to begin on Tuesday in Los Angeles on two counts of making false statements to federal agents and one count of perjury. McTiernan, 59, originally pleaded guilty in 2006 to a charge of knowingly lying to agents of the Federal Bureau of Investigation in the criminal case against private detective Anthony Pellicano, who has since been jailed.

But the film director later withdrew his plea, saying he had received poor legal advice, had been drinking and was jet-lagged from traveling when FBI agents questioned him. Federal officials again charged McTiernan with crimes in 2009, leading to Monday's guilty plea. A judge set a sentencing date of Oct. 4....

I've written at least a hundred variants of this kind of traditional guilty plea story while covering federal courts fulltime from 1976 to 1980 for the Hartford Courant, Connecticut's largest paper. But times have changed, and IMO the essence of McTiernan's case is better conveyed this way:

Yet again, federal authorities have abused their vast powers by manufacturing a crime and ruining a defendant's career ─ at needless expense to federal taxpayers.

Too tough a verdict? You be the judge. First, kindly note as a matter of basic accuracy that McTiernan's plea was "conditional" on the results of his appeal. This qualification was totally omitted by the Reuters story and thus by such headlines around the nation as that by the July 13 Washington Post, which blares out to its readers: "John McTiernan is headed to jail."

In 2004, Howard Blum and John Connolly authored an in-depth overview for Vanity Fair entitled, "The Pellicano Brief." It described Pellicano's "A-list" clients and a pivotal raid of the detective's offices by the feds, who seized guns, $200,000 in cash, plastic explosives and hand grenades on their way to winning a 15-year prison term for the tough-talking PI.

The article didn't mention McTiernan among the detective's many famous clients, who included some vastly more powerful than McTiernan. But we now know that McTiernan by then had sampled Pellicano's services in 2000 by paying him $50,000 for a two-week investigation of fellow moviemaker Charles Rovan as the two struggled for creative control over their film, Rollerball, which was destined to become a box office flop.

Fast forward to early 2006. More than three years after the big raid on Pellicano's office, none of the "A-list" Hollywood stars, managers, producers and lawyers had been jailed.

As sometimes happens in such situations, authorities sprang a perjury trap on McTiernan, who was famous for directing such action films as Predator, Die Hard, and The Hunt for Red October. In a perjury trap, authorities can create a crime by inducing a target in an unguarded moment to forgo the right to silence and give a false statement about an embarrassing matter that might otherwise not provide a basis for a criminal charge.

The concept became notorious after Independent Counsel Ken Starr relied on it to try to save his otherwise failed Whitewater investigation of Bill Clinton by surprising the president at a grand jury with unrelated questions about Monica Lewinsky.

The Lewinsky case illustrated how reporters and readers alike tend to focus, understandably enough, on the sensational specifics of a scandal without reflecting that a perjury trap is often unfair. Why? Almost anyone has done something embarrassing. So, it's not right for authorities to use all-out tactics to create a crime by trapping some miscreants instead of focusing on whether the underlying activity is criminal.

Unfair or not, these kinds of methods are generally legal under the vast discretion that we provide to authorities. Here's how the one against McTiernan unfolded, according to court records: 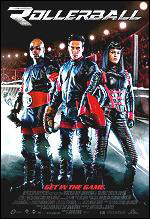 After returning ill from a film shoot in Thailand, using medicine and drinking, McTiernan received an evening phone call at home from Ornellas, the FBI's lead agent in the Pellicano case. Towards the end of a brief conversation, McTiernan falsely denied that he'd engaged Pellicano for illegal services.

McTiernan was promptly indicted, pleaded guilty to false statement, and received four months in prison and $100,000 fine as the first big-name entertainment industry defendant hit with time in the case. U.S. District Judge Dale S. Fischer, a 2003 appointee of President Bush, denounced McTiernan at sentencing for what she called his arrogance.

The defendant changed lawyers, and won a 2008 federal appeals court decision that enabled him to withdraw his guilty plea. Authorities responded with a new indictment that increased the defendant's liability by reconfiguring the original false statement into two separate felonies, plus a perjury charge arising from his pursuit of his appeal.

These maneuvers increased McTiernan's potential prison sentence to multiple years if he dares offend authorities further by proceeding to trial. I've reviewed the jury instructions approved by the judge, which almost guarantee a guilty verdict by limiting the defendant's ability to argue that he wasn't in a position to know if the person asking him questions by phone really was an FBI agent. McTiernan's work inevitably brings calls from imposter "reporters" and others seeking details about such stars from his films as Bruce Willis, Arnold Schwarzenegger and Sylvester Stallone.

McTiernan doubtless didn't ingratiate himself with authorities by helping to found a non-profit called Project Save Justice, which filmed a 2009 documentary entitled, The Political Prosecutions of Karl Rove. The film, available for free use in schools and for other free viewing on the project's website, powerfully documents the travails of U.S. victims of political prosecutions. The film and a congressional report have also helped publicize academic studies showing that local Democrats were investigated at a nearly 5:1 ratio during 1,200 official corruption probes of local officials by the Bush administration's DOJ around the nation.

McTiernan describes his background as being a moderate Republican. But the director, like some others in the civil rights field, including at my bipartisan Justice Integrity Project, has come to see since 2008 that the Obama DOJ is permeated also by resistance to criticism and win-at-all-cost attitudes that transcend party lines.

McTiernan's attorney, Oliver E. Diaz, notes that his client's conditional guilty plea maintains his right to appeal numerous per-trial motions filed by the government and granted by the judge. Diaz, a Republican former Mississippi Supreme Court justice, himself had been one of the Bush DOJ's prosecution targets before twice being acquitted of federal corruption charges. The Diaz story is described in the Project Save Justice documentary, at my Justice Integrity Project, and in a Harper's article by Scott Horton.

Last month, McTiernan failed in his attempt to recuse the judge, a Republican whose courtroom comments suggest that she despises the defendant. Part of the issue seems to be that some federal authorities become personally offended if defendants use up courtroom time by failing to plead guilty, as do 95 percent of those accused.

His Democratic federal judge became almost unhinged in denouncing the defendant, citing such factors as Kerik's higher income than the judge's and the defendant's prolonging the proceedings by not pleading guilty promptly enough. Embarrassingly, that judge has since quit the federal bench to join a law firm with an annual per-partner compensation of $2.1 million. Kerik's supporters around the country were already angry, as illustrated by this Oklahoma criminal site, and the resignation is further stoking their fires.

The good news is that solutions shouldn't be hard to devise. My three suggestions are:

First, authorities should focus on underlying crimes, not creating new ones to save face. If we as a society hate illegal wiretapping let's focus directly on that and its perpetrators, who are far more numerous and effective now than during John McTiernan's two-week foray into those dark arts in 2000.

Second and much more important, lots of these trial problems would go away if judges encouraged both sides to proceed with a better sense of proportion. For authorities to insist, as they did here, that McTiernan spend at least a year in prison if he pleads guilty inevitability stretches out the proceedings at vast cost to everyone. To what purpose? Do taxpayers really have unlimited funds for these kinds of selective prosecution jihads? I think not, especially since Schwarzenegger as California's governor recently sought to reduce all state salaries to the minimum wage for lack of funds.

This spring, authors Jesse Ventura and Dick Russell cited my article about Dr. Cyril Wecht in their best-selling book American Conspiracies. Until a Pennsylvania judge threw out the case last year, the feds forced the aged Wecht in the twilight of his distinguished career to spend $8.6 million in legal fees. This was largely to defend himself from 43 federal felony charges for sending personal faxes 43 times that cost his county a grand total of $3.86 -- yes, that's less than $4 -- during his 20 years as a county coroner. Even after all charges were dismissed, his federal prosecutor had the gall to run for Congress last fall. But the public seems to be getting wise, and she was defeated.

Finally, we've got to find new ways of providing oversight. The U.S. Senate rubber-stamps most federal prosecution and judicial appointments. The Senate provided unanimous approval, for example, for the judges overseeing both the McTiernan and Kerik cases. Congress rarely enforces subpoenas on sensitive oversight matters any longer if DOJ doesn't want to comply. And the traditional courthouse news reporter that I used to know in olden days has disappeared for cost reasons. They've been replaced for the most part by visiting stenographers who carrying the title of reporter but primarily serve to amplify to the public whatever information federal authorities want to emphasize.

But if the public must be burdened with multiple information sources at least the perspectives should be entertaining. In that spirit, we've presented above, Rashomon-style, two different accounts of the same crime story. The first is the one that went out on the wires, and the second is my commentary.

Even more on target than Rashomon is a telling comment by the Sally Field character in Absence of Malice, the 1981 film about the interplay of federal prosecutors and reporters. My perspective on it has changed. Upon its release, I denounced it to my friends as an unwarranted slur on the news and legal professions. Live and learn. I've highly recommended it for the past two decades.

At the end, Field's character comments about a news story that omits vital context in describing her role in a crime probe: "It's accurate," she says. "But it isn't 'true.'"