WASHINGTON -- Govs. Lincoln Chafee (I-R.I) and Chris Gregoire (D-Wash.) on Wednesday called on the Drug Enforcement Administration to reclassify marijuana as a Schedule II drug, which would allow it to be dispensed for medicinal use.

This move by the governors marks the latest development in a larger struggle to curb the threat of a federal crackdown on medical marijuana dispensaries operating in accordance with state drug laws.

Rhode Island and Washington are just two of 16 states that have legalized the use of medical marijuana, but which in recent months have faced ramped-up enforcement actions from federal prosecutors. In California, for instance, U.S. attorneys have shuttered multiple state-licensed marijuana dispensaries that had been operating in accordance with local laws and government for as long as 15 years.

"The divergence in state and federal law creates a situation where there is no regulated and safe system to supply legitimate patients who may need medical cannabis," wrote the governors in their letter. "State and local governments cannot adopt a regulatory framework to ensure a safe supply is available for - and limited to - legitimate medical use without putting their employees at risk of violating federal law."

The governors aim to reclassify marijuana as a Schedule II drug, along with cocaine, morphine and opium, drugs that, while they do have the potential for abuse and addiction, can also be dispensed for medical uses. Marijuana is currently classified as Schedule I drug, along with heroin, LSD and mescaline.

Chafee earlier this year declined to move forward with a state medical marijuana law after federal prosecutors said state pot shops would be subject to persecution under federal law. Such a gray area between state and federal law, the lawmakers emphasized in their letter, should not be allowed to continue.

"A public rulemaking process would allow all interested parties to contribute their comments and expertise, and provide a full record for decision," the governors concluded. "These interested parties include patients and medical professionals and the sixteen states and the District of Columbia, or nearly one-third of the nation's population, that have decriminalized limited possession and use of cannabis for serious medical conditions, and at least ten other states are considering similar measures."

Medical marijuana activists on Wednesday lauded the governors' actions, but cautioned that such efforts should not serve as a substitute for advancing medical marijuana laws at the state level.

"The governors' call for re-scheduling marijuana so that it can be prescribed for medical purposes is an important step forward in challenging the federal government's intransigence in this area," said Ethan Nadelmann, executive director of the Drug Policy Alliance in a statement Wednesday.

The governors aren't alone in their call to reclassify the drug. The American Medical Association in 2009 came out in favor of reviewing pot's classification, arguing more research still needs to be done. 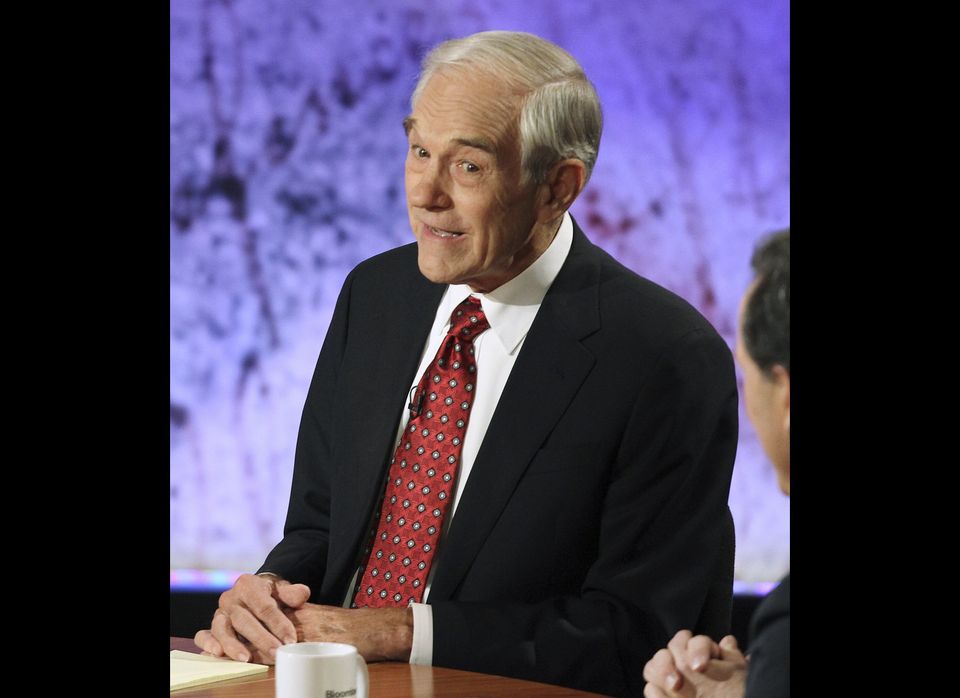 1 / 7
Ron Paul
Rep. Ron Paul (R-Texas) has called for an end to the war on drugs, insisting that marijuana laws should be set not by the federal government but by the states. In June, he teamed up with Rep. Barney Frank (D-Mass.) to introduce legislation removing marijuana from the list of federally regulated substances. Though essentially dead upon arrival, <a href="http://prohibitionsend.com/2011/06/23/text-of-bill-hr-2306-ending-federal-marijuana-prohibition-act-of-2011/" target="_hplink">the bill</a> helps to illuminate Paul's views.