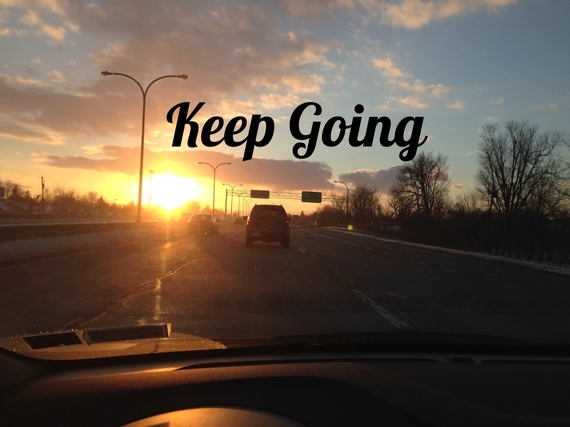 As the final weeks and days of this year have come and gone, I'm reminded of the ways that 2014 has pushed me backwards, pulled me forwards, lifted me up and dropped me to within an inch of the floor where several times I've hung suspended in mid air, feeling out of sorts, steeped in a major transition within myself, my life and my business.

2014 was most definitely a year of tremendous change, uncomfortable transition, letting go, grieving, vacillating between "poor me" and "empowered and free." A year where I was given (and took) opportunity upon opportunity to step way outside of my comfort zone, put myself out into the world in bigger, bolder and more visible ways, and show up again and again in the face of fear, extreme discomfort, wanting to say "fuck it all" and just give up.

For the first time in years I cursed the Universe, not once or twice, but several times. I found myself asking, screaming, crying, 'Why?!! WHY ME?!!' and then humbly asking for forgiveness as I turned my gaze inward and grappled with why I've been co-creating an experience that felt so challenging and soul breaking.

This eternal optimist was wavering... and it freaked me out.

The old stories danced with the new, and every time I felt like throwing in the towel I would hear a little voice within encouraging me to "Keep Going!"

It was as if the Angels, Guides and Ancestors were not only asking me to trust on deeper levels than I had before, but they were also showing me in my darkest moments that they were still here, by my side, and I wasn't alone. They hadn't abandoned me for a greater mission (thank Goddess!), they were just asking me to play a bigger game and take a more powerful stand in myself and the world.

With more experience, wisdom, education, training, a track record of success and more confidence to kick ass like never before as an entrepreneur, I found myself navigating through one of the leanest financial years I've had in a long time *Keep Going!*

Clients of mine had several multiple six-figure proposals on the table that disintegrated into thin air, dynamic meetings with prospects that I was sure to close went away and after my most lucrative year in 2013, I learned for the first time in my adult life how to manage a significant amount of credit card debt as I struggled to pay the bills *Keep Going!*

What I realized was happening, is that space was being created in my busy life so that I could take action on projects, movements and opportunities that I'd been putting off for years.

I started working with a voice acting coach. After submitting several auditions and not winning one (yet!) I heard that voice *Keep Going!*

I produced and funded my first music release, my EP "I Am." Nobody seemed as excited as I was about this release, and I found myself feeling frustrated and disappointed at what seemed like a lack of support from my tribe. Two months after the release I hit a wall, felt depressed, unmotivated and wanted to give up! And there was that voice *Keep Going!*

I chose to pitch one of several ideas I've had milling about my being at Buffalo's Startup Weekend. Even though everyone loved the idea and several people said that my pitch was the most powerful out of all 15 final pitches, we ultimately didn't make the top three. Regardless, I felt like a winner as I heard that now familiar voice encouraging me to *Keep Going!*

I fell in love with an incredible man who loved me too. He saw me fully in the most beautiful ways and ultimately didn't choose me. I felt broken, and wanted to give up on love. Hovering about 1 inch above the ground, there was the voice *Keep Going!*

I poured my heart and soul into a project I'd been putting off for a few years, that was birthed out of my desire to play a major role in the UPlift of the collective vibration while being a source of inspiration, motivation and empowerment for my tribe, my peeps and international community. On day one, with the blinders on, it seemed to fall flat. I felt defeated, and found myself caught up in an illusion that people didn't care, and that I wasn't supported. As the tears streamed down my face, I heard that voice *Keep Going!*

There was an edge to this year that shook me to the core, had me thinking about my current life in very old ways. I'd reached another level of clearing out the old stories and beliefs that are the only thing standing between me and the life I've been imagining.

When I look back, 2014 was the year of remembering, not learning. Here are 10 things I remembered as I held this new mantra, *Keep Going,* close to my heart:

What were some of the powerful reminders you received in 2014?

What made you want to give up? And why did you choose to keep going?!

Love in abundance and the HIGHEST blessings for a new year filled with ease, grace, strength, more health, happiness, prosperity, love and an abundance of all amazing magical things for you and yours...

Give thanks for tuning in and reading a little smidge about my experience this year. It was wild and wonderful, and I give thanks for it ALL!