Fire, has had a rough run on media these past years. Much of the publicity this classical element has received in recent times has been unfortunately negative, from highlighting its destructive impact on forests, Californians and Disney creatures, to its association with wars, smoking and volcanic eruptions that cause mass delays in international flight schedules. Fire's declining popularity polls has made it a public relations nightmare for most countries, but not Kenya. In an inspired move, this decisive nation embraced fire officially yet again, giving this controversial element a chance to express itself at a highly debated State event that would culminate in the burning of 105 tons of Ivory on April 30th 2016. 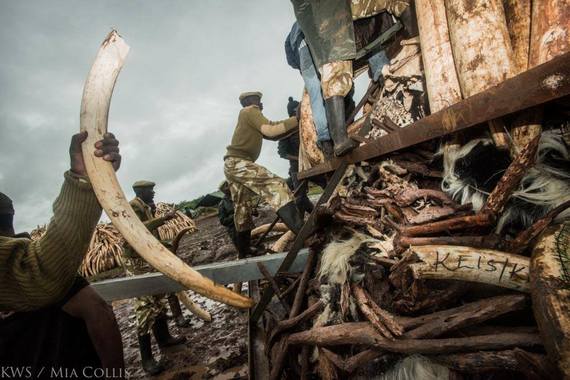 Kenyan Wildlife Service Rangers transferring the tusks and curios to the pyres. Photographed by Mia Collis

The Kenyan Wildlife Service has decided to add to this impressive line up of tusk heavy pyres, the inventory of 1.35 tons of rhino horn, several endangered animal hides and skins, sandalwood seizures and sacks full of Prunus Africana bark, to reaffirm Kenya's commitment to protect its irreplaceable, iconic flora and fauna. The dedication to cremate trophies with an estimated worth of nearly one billion U.S. Dollars, not only revitalizes global hope to protect African wildlife for future generations but finally gives fire the chance to unleash its wrath in a positive light. 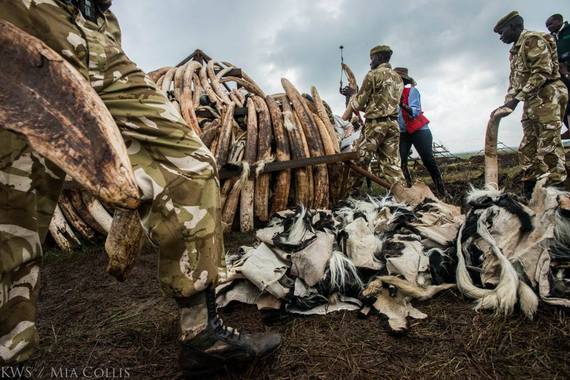 Animal skins and hides arriving at the burn site, photographed by Mia Collis

For the first time since the Stone Age, fire will be the center of attention for humanity again this Saturday, as it turns to ash the get-rich-quick schemes of seasoned criminals, casts a light on corrupt officials, destroys potential data points for hyper focused economists and downright devalues the ill informed investments made by ignorant consumers into a particularly bloody class of commodities. The burn will naturally have to be backed by a total ban on all trade in ivory worldwide, but intelligent life across this finite planet believes this to be possible in the near future. Even the primary market for ivory, China, has obliged to see a ban through, albeit they have failed to denote a measure of time in which they plan to realize this agenda. 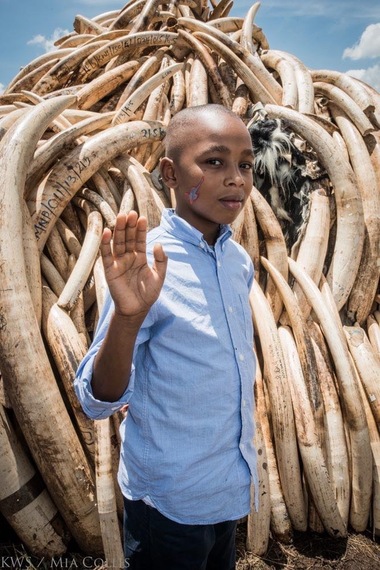 Speak to the hand. #WorthMoreAlive Photographed by Mia Collis

Torching illegally procured and consequently confiscated wildlife products has been the way for Kenya, "a tradition" if you will. The country, steadfast in its opposition against all trade and hunting of its wildlife, is willing to use the extra ounce of fuel to let the world know that its extraordinary mega fauna are worth more alive. With 10 tons of firewood and more than 10,000 liters of fuel, this burn has evoked apprehension in impassioned environmentalists, who have tried to throw a "carbon emissions" blanket over this burn. Find comfort in the fact that solutions to ensure carbon offsets for this event are already being deliberated by local non-profits and concerned citizens. 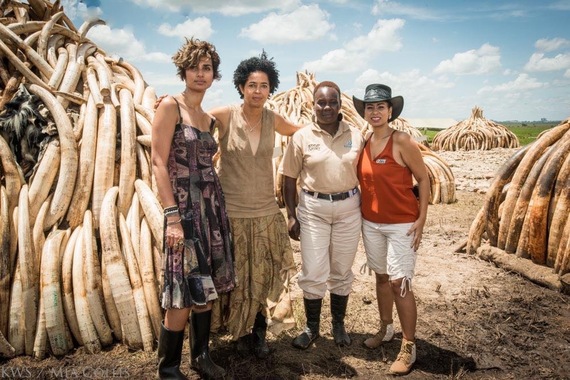 United in our stance, matriarchs for matriarchs. Photographed by Mia Collis

The reason Kenya needs to set these pyres ablaze and put all these trophies beyond economic use publicly is to guarantee to the world at large that the entire cache was destroyed properly and not pilfered back into the black market. If fire comes out looking like the hero of the day Kenyans can live with that, for they concede it is fire's ability to incinerate that will make this effort a roaring success. The solution to the poaching crisis kick starts with a spark as it turns out! 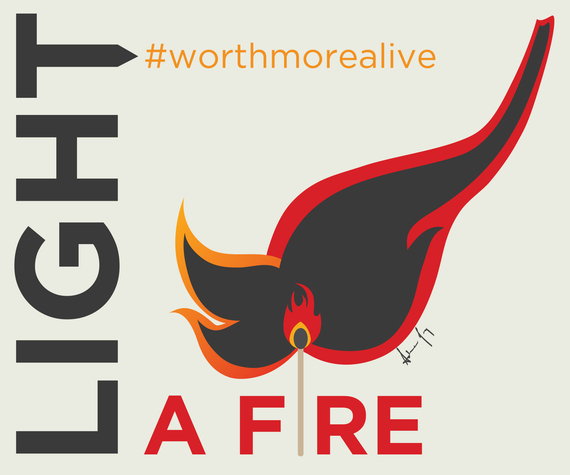 Original artwork created by Asher Jay. The Elephants Aflame symbol was conceived of for the incredibly successful social media event hosted by the U.S. Embassy in Nairobi in partnership with Wildlife Direct and other organizations on April 23rd 2016 at the African Wildlife Foundation. This event engaged over 71 million unique twitter accounts and garnered nearly 700 Million impressions about the Ivory Burn.