Growing up in this day and age is tough. You are expected to look, dress, speak, think, and behave a certain way -- all of which are heavily contingent on the environment in which you have grown up. In my strict, traditional Chinese household, it was a foreign concept to be proud of any achievements. Instead, I thrived off knowing I could always do better and authority figures around me constantly compared me to my peers -- conveniently only those who were seen as more successful than I was.

When I was younger, I always felt like I lived in my elder brother's shadow. I would always get one less A than he did in national examinations, or rank slightly lower in swim meets. Similarly, I would always receive fewer speaker points than my partner in debate tournaments. These seemingly objective measurements of success told me I was not good enough and that, no matter how hard I tried, I just couldn't keep up.

Perhaps being prudent with praises was just a part of Asian culture, but I felt that no matter how much I tried, I could never live up to my parents' impossible standards of excellence. At various points in my life, I remember resenting and rebelling against their goals for me. I was trapped in a box that I had no autonomy of constructing or sustaining.

Reflecting on my first year in university, I wonder if my experiences growing up contributed to my feelings of inadequacy. Initially, that was all I thought it was: feeling inadequate. But I soon realized I constantly felt underqualified at my university, too.

Minerva, where I go to university, has an acceptance rate of less than 2%. It attracts "the world's best and brightest." So when I found out I was accepted, I was convinced it was an admissions mistake. How could I have qualified for this prestigious university program? I kept doubting the system that presented me with this opportunity. How did they select their students? Why did they choose me?

A few weeks after I received my admissions notification, Ben Nelson, the founder of Minerva, came to Kuala Lumpur to meet us admits. I was incredibly nervous. I tried not to talk too much because I feared I would say something unintelligent and get my acceptance revoked. He explained how Minerva evaluated their applicants and assured me that I belonged here. I still wasn't convinced.

Flash forward a few months when I moved to San Francisco, I remember being at a cafe and preparing for class the next day when I felt overwhelmed with the complex jargons and unfamiliar concepts being introduced. I took my first preparatory quiz that day and scored a zero. A zero. I was convinced I was a fraud at this highly selective school, they would find out soon enough, and I'd be on the next plane back to Malaysia. I was convinced I didn't belong at Minerva.

At the same time, I was amazed at how accomplished my peers were when they shared their experiences from their gap years and study abroad programs. Comparing myself to my classmates was like second nature to me. I felt small and under qualified. I looked back at my resume and made excuses for my successes. Being proud of my accomplishments felt foreign to me so I made excuses for why I got "lucky." 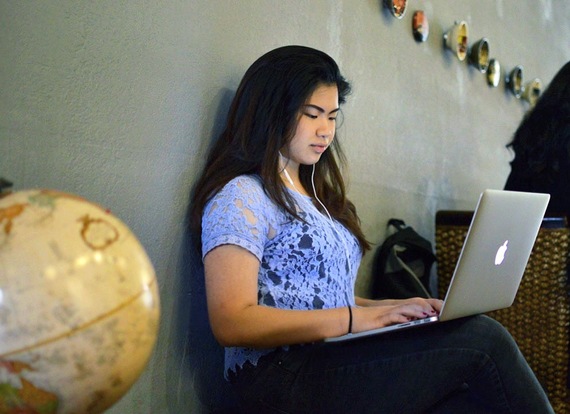 With the help of my professor and mentor, Dr. Michelle Greene, I realized I was experiencing something very normal: Imposter Syndrome. It is the inability to internalize your successes and fear that you might be exposed as an imposter. It seemed as though Imposter Syndrome was holding me back, by making me feel insecure and unsure of myself.

Acknowledging that my feelings were normal, helped me rebuild my confidence. Slowly, I started trusting myself to proofread my papers. I started raising my hand in class more often than I usually would and I started reminding myself that I was significant. I made a conscious effort to give myself mental praise when I was brushing my teeth in the morning, and when I finally grasped a concept from a complex reading, I'd give myself a pat on the back. Small gestures like these have helped me love myself again, and I think I am starting to believe that I am worthy of that love.

While I cannot confidently say I will never feel like an impostor again, I do see how it has motivated and fueled me so far in life; My feelings of inadequacy created a need to work harder than everyone else in order to prove myself. I genuinely feel like it has made me strive for success but maintain a humble spirit. Never again will I look at my straight As and tell myself that I got lucky.

If you resonated with my struggles with Imposter Syndrome, my advice to you is to try to look at your accomplishments as though you were looking at it from a friend's perspective. This perspective should not discount any of your efforts, even though it is human nature to do so. Stop telling yourself you got lucky. Stop worrying about whether or not you got lucky, and embrace that idea that maybe -- just maybe -- your hard work and grit had a little something to do with it.