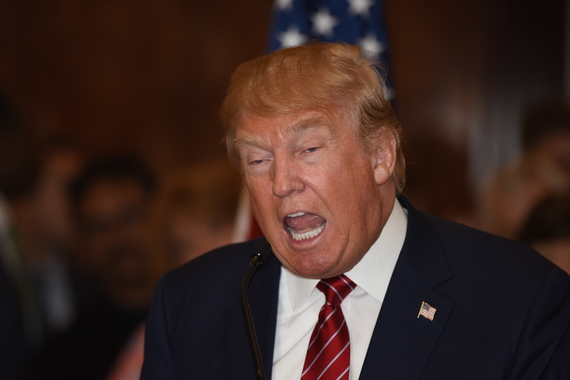 As Donald Trump racks up additional victories during primary season, media outlets have been reporting the curious rise in "Trump Anxiety," a condition defined by a fearful fixation on the possibility of a Trump presidency. The condition does not appear to be geographically or politically limited, as anxiety, worry, and confusion over Trump's success appears to be a widespread state. Because Trump's rhetoric is too bold and divisive to produce middling reactions, this love-him-or-hate-him polarity has produced strong feelings among coastal progressives and heartland conservatives alike.

As Trump's success catalyzes new, collective and cultural experiences of visceral, powerful feelings, how can content makers speak to the emotional state of their audience, or better yet, find new audience formations defined by a common emotional experience? As Trump Anxiety rises as a collective cultural state, programmers and brands can find new storytelling opportunities to resonate with these feelings.

Large-scale emotional experiences like Trump Anxiety provide a powerful way to rethink audiences and consumers, as common emotional states transcend traditional markers of identity. Unlike standard thinking rooted in demography or psychographics--consumer profiles defined by common lifestyle, values, and behaviors--communities based in emotions transcend social difference and resonate on an inherent, deeply felt level.  Content-makers looking to resonate with this collective emotional state should aim to validate this affective experience, either by affirming its severity and significance in dramatic content, or assuaging its intensity through levity and recognition in comedy.

Trump is obviously not the first catalyst of such a major cultural experience of emotion, as any major cultural event can produce a collective emotional reaction. The global recession of 2008, for example, similarly produced a collective emotional state across cultural boundaries that were defined by feelings of loss, disillusionment, and disorientation. In response to this, we saw a rise in storytelling that spoke to these emotional experiences. The boom in dystopian and apocalyptic popular culture like The Hunger Games and The Walking Dead appeared in the direct aftermath of the recession, directly speaking to these emotional experiences. Moreover, in comedy, we saw a rise of programs like Louie and Girls that provided introspective, melancholy looks at daily life, strongly reflecting a cultural moment defined by a sense of confusion and loss of self under the economic collapse. This type of content deeply resonated with viewers who were facing the emotional consequences of a drastically new, downtrodden social environment, making themes of loss and adaptation particularly potent.

While successful recessionary content tapped into the emotional response to something that had already happened, Trump Anxiety is much more about the anticipation of disaster than a direct response to it. Emotionally resonant content needs to tap into the feelings of nervous expectation and insecurity over the types of emotions that accompany the arrival of disaster. While themes of authoritarianism and collapse speak directly to a possible Trump presidency, centering storytelling on the possibility or expectation of a cataclysmic event provides an emotional resonance specific to this moment.  This specific narrative strategy will allow programmers and brands to affirm and validate this widespread feeling of anxiety if it continues to grow over the coming months, a major emotional hook for consumers. 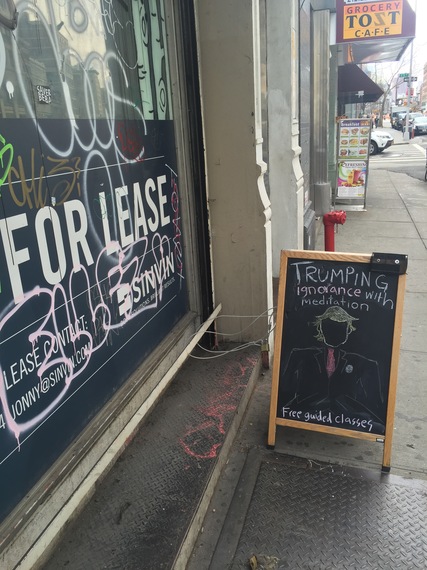 But what exactly could this look like? For those working in entertainment, this might manifest as stories featuring protagonists desperately attempting to stop disaster, often against an uncaring, apathetic, or unsympathetic public, which would mirror and affirm the types of underlying gut-level feelings that characterize Trump anxiety. For brands, this could manifest in messaging around security and prevention, affirming consumers' correct choices in an era where everyone else seems to be going down a dangerous path. Either way, for audiences bound by their shared anxiety, the underlying messaging in these types of approaches is clear: your feelings are valid.

However, this serious approach doesn't need to be the only strategy to resonate with this collective anxiety. Levity can also be a valuable approach in assuaging widespread feelings of insecurity. One of the key components of Trump Anxiety is exasperation and incredulity with the possibility that the former host of The Apprentice could be sitting in the Oval Office. It's an anxiety rising from feelings that the world around us is heading in an absurd, incomprehensible direction, themes that can then be blown up to provide emotionally resonant humor. Both programmers and brands have the opportunity to depict characters facing over-the-top, ludicrous challenges that are treated as normal and mundane. Trump Anxiety evokes the bizarre and surreal, providing specific cultural cues and codes that can be emphasized to be connect with this emotional state.

Donald Trump's public success has been a major shock for many Americans across the political spectrum that see the businessman's political ascendance as fundamentally opposed to what they hold to be true about our country.  Trump Anxiety is not solely the concern of psychologists and massage therapists, as this experience has huge implications for cultural messaging in general. This strong emotional reaction requires content creators to strategically think about how their storytelling techniques are resonating with their audience's affective state. Whether or not Trump proves to be successful in his White House bid, the emotional weight he has placed on the country is proving to be a powerful force for those looking to connect with viewers and consumers.

TruthCo. is an omnicultural branding and insights company that analyzes the current cultural landscape to deliver actionable recommendations that keep entertainment brands and their offerings relevant. Connect with TruthCo. at www.truthco.net or on Twitter @TeamTruthCo.