Lauren Bertovich can't get a job. Even with a Master's of Interior Architecture, Home Depot will not hire her. Lowe's won't hire her, either. Fast food restaurants do not even acknowledge her application. To an employer, six years of higher education and two years of teaching experience mean nothing when the applicant is a felon.

To help pay for her schooling, Bertovich enlisted in the Pennsylvania Army National Guard, never expecting it would lead to an opiate addiction, arrest, and disqualification from the workforce. "I was a light-wheel vehicle mechanic in the National Guard," said Bertovich. "I serviced anything from a deuce and a half down to generators. But while I was working on a vehicle, I ruptured three discs in my back. After having surgery, I was prescribed opiate painkillers and later became dependent on them." 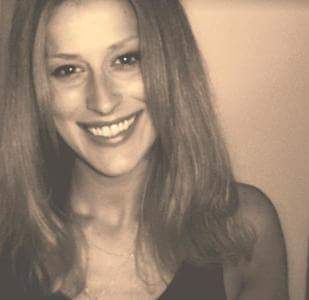 Before the dependency emerged, however, Bertovich worked as an assistant professor at West Virginia University. She taught a hefty number of classes, including Interior Lighting Design, Residential Architectural Design, Hand Drafting, History of Architecture I and II, and Foundations of Design. While managing an overwhelming course load, Bertovich became pregnant. "I felt stressed out and decided I needed to take a break," she said. "Shortly after I left the university, I had my daughter and that aggravated my back injury. I had post-partum depression, especially after leaving my job. The depression and return of my back pain evolved into the addiction."

Bertovich had no history of dependency, yet became unable to function without the painkillers she was prescribed. "I never, ever felt like my body needed something. I used to wake up happy every morning." Bertovich recalls the opiate dependency stripping her of motivation and enthusiasm for motherhood. "Whenever I would wake up first thing in the morning, I remember thinking that I couldn't wait go back to bed. And that was not like me. I could not wait for the day to be over. I wasn't even enjoying being a new mom. There were so many drastic changes that I felt like there was really no hope to ever get my life sorted out again." As the prescription painkillers ran out, her body failed without its opiate fix, and Bertovich turned to heroin.

Her mounting addiction, unemployment, and maternal responsibilities led Bertovich to steal jewelry from three family members. "I stole because I had to function, I had to take care of my child, and I needed money just to feel normal. At that point I wasn't getting high anymore, I was just trying to feel normal and not be sick."

Realizing that the dependency had altered her psyche and ravaged her ethics, Bertovich admitted her crime to family and to police. "It wasn't at all my mindset that led me to steal," she explained. "It goes against all of my core values, especially from my family." She was convicted of three counts of theft by unlawful taking and, because of the jewelry's high monetary value, it was considered a felony. As a first-time offender, Bertovich was placed on three years' probation in three separate counties and was ordered to pay restitution and attend counseling. Her family pursued the charges, believing legal action would lead Bertovich to end her addiction. They never imagined that it would destroy her employability.

With her addiction kicked and an impressive resume, Bertovich attempted to reenter the workforce, only to find that she was unemployable. Applications required Bertovich to disclose any criminal record, yet her honesty only led to rejection. "On every application, there's that box that you have to check stating whether or not you've been arrested," she said. "There's no space to explain what you did, or to talk about your character. You just click that box and they toss your application in the trash."

Despite her advanced education, Bertovich's only glimmer of hope was Bob Evans, a Midwestern fast food chain. In order to bolster her chances of employment, Bertovich filled out the application in person. She was faced with the familiar box, but noticed a disclaimer stating that applicants in certain states, including Pennsylvania, were not required to disclose their arrest history. Bertovich asked the General Manager if the disclaimer was true, and he replied that it was.

To thwart misconceptions that may have arisen during a background check, Bertovich discussed her arrest with the General Manager, who invited her to return for an interview. "During the interview, they asked me to write a summary of my prior, so I wrote two pages. That was specifically what they asked for. They wanted me to give them some details, and I did that."

After two years of rejection, Bertovich finally secured employment at the fast food restaurant. "I was so happy that somebody finally gave me a chance," recalls Bertovich. She was hired as a grill cook and, because of her multiple college degrees, was trained to become a manager. "I never called off, never showed up late," said Bertovich. "They were really happy with me. And they moved me around from position to position in the restaurant, grooming me for a management role."

She worked Thanksgiving Day, Christmas Eve, and New Year's Eve, sacrificing celebrations with her family. One week after the New Year, "I went into work on time, dressed nice. I had just rolled my hair and everyone was telling me how nice I looked," she remembered. "But when I went to the back, I walked out in tears because they just said, 'you're terminated.'"

Although she completed the requested summary of her arrest, the manager told Bertovich that she lied about her criminal history on the application. "I didn't see how that was possible when I filled out a two-page summary," asserted Bertovich. "The application told me I didn't have to check the box, so I never wrote 'Yes' or 'No.' I was able to leave it empty." Without further explanation from Bob Evans, Bertovich was once again unemployed.

With fast food restaurants and chain stores denying Bertovich's applications, a rare message of hope alleviated her desperation. Daniel Bull, founder of Zero Six Eight, contacted Bertovich with an opportunity. According to the organization's website, Zero Six Eight is "a for-profit incubator that exists to promote the innovative potential of ex-offenders as they pursue goals of employment, entrepreneurship, and independence." Several Zero Six Eight participants developed a business constructing pre-fabricated tiny houses, and have enlisted Bertovich for her architecture and design expertise. "I am so grateful for this opportunity," she beamed.

After years of injury, addiction, and unemployment, Bertovich is finally progressing. Her challenges, however, are not uncommon. No matter the crime, ex-offenders are often shut out of the workforce. Employers tend to disregard skills and work ethic when they learn of an applicant's arrest history. "It's just ridiculous," wept Bertovich. "When you try to do what's right, and I've been clean for so long, and I have children to take care of, and they want me to pay my restitution and my fines, but they threaten to put me back in jail if I don't, what am I supposed to do?" For Bertovich, Zero Six Eight has provided a clear path to success. For the 14 million ex-felons in our country, however, most do not receive similar opportunities. With few job prospects, 68% of state prisoners return to jail within three years of their initial release, trapped in a recurring cycle of crime.