Books give readers the unparalleled opportunity to assume the perspective of someone other than themselves. But in assuming the perspective of one character, the reader is often denied the chance to explore the internal joys and woes of other characters in the story. We'd argue that literature is bursting with female characters who deserve stories of their own.

Here are eight female characters who definitely deserve their own books. 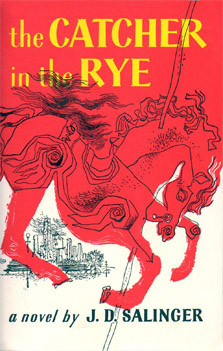 1. Sunny from JD Salinger's The Catcher In The Rye

The Catcher In The Rye is celebrated for its authentic,
if somewhat whiny, portrayal of teenager Holden Caulfield. While Salinger evocatively narrates Caulfield's prep school discontents, that voice offers very little insight into one minor character: Sunny, the prostitute that Caulfied hires one night in a hotel. Her awkward, anxious youth makes her seem to be somewhat new to the sex industry. She refuses to use crude words, which amuses Caulfield, but hints that she may possess more nuance and complexity. In her journey as a young woman in New York City's underbelly, Sunny undoubtedly encountered more substantial struggles than Caulfield's momentary escape from his family and privilege. 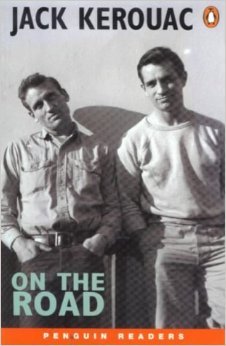 2. Mary Lou from Jack Kerouac's On the Road

Who is the exciting, rebellious Mary Lou, besides the third passenger on America's most lionized road trip? We never really find out. Kerouac's Beat Bible, On The Road, rarely offers insight into the thoughts and psychology of Mary Lou, an alias for the real-life Luanne Henderson. Mary Lou is married to the wild Dean Moriarty, and her character is overshadowed by the wandering, raucous male Beatniks described in the novel. Luckily, Henderson's story was told later on in a biography of her life, titled One and Only.

The novel's narrator Humbert Humbert and his delirious longing for Lolita overshadow any details the reader can glean about the young girl's internal life. The reader never truly knows Lolita outside of Humbert's fantasy caricature of his nymphet. Indeed, Humbert paints himself as a victim at the mercy of his 12-year-old love, as a deranged justification for his actions. When we last see Lolita, she is 17, pregnant and married to a man who knows nothing of her twisted, tragic childhood -- and ultimately, we know very little of her, either.

As one of Hemingway's most memorable characters,
the glamorous Lady Brett Ashley wields power over the adoring men who perpetually surround her. While her seductive and chaotic energy catalyzes much of the novel's action, her internal world remains enigmatic to the reader. At one point, the narrator notes that Brett "can’t go anywhere alone.” Still, her wistful gaiety makes us wonder who Brett really is when she's left in the solitude of her hotel room. Perhaps our best clue into her life and regrets rests in her memorable line, in which she says, "Oh, Jake... we could have had such a damned good time together."

5. Penelope from Homer's The Odyssey

Penelope is almost lethally faithful: She waits and waits as Odysseus romps his way through one of Western literature's most grandiose journeys. Though Penelope has her share of suitors, she's never tempted to move on from her long-since departed love (though Odysseus was having his share of extra-marital dalliances). We want to hear the internal dialogue of a wife willing to spend 10 years at her loom awaiting Odysseus, because we suspect she wasn't that perfect.

Hamlet's mother, Queen Gertrude, appears a most unsavory character. After all, she marries her brother-in-law shortly after her husband's death. In the play, we meet Gertrude after the wedding, and audience's alliance naturally falls with her son, Hamlet, who is furious with his mother. Of course, Gertrude's side of the story remains murky, as John Updike proved when he penned Gertrude and Claudius, which acts as a prequel to the famous play. He imagines a more sympathetic narrative of Gertrude's marriage to Hamlet's father and her affair with Claudius.

Miss Havishman is perhaps English literature's most famous spinster. In her youth, she was abandoned at the altar by a deceitful fiancé, after which she vowed never to leave her house or remove her wedding dress. Havishman seeks vicarious revenge for her ill luck, instructing her adopted daughter, Estella, in the art of breaking hearts. Her fascinating, if ultimately cruel, emotional transference is so legendary that it inspired a scientific term,"The Miss Havisham effect," which describes a painful longing for love lost. Her psychological journey surely could fill a novel of her own. (She gets her own retelling in a book by Jasper Fforde.)

American Pastoral chronicles the tragedies of the charismatic "Swede." The Swede's moody teenage daughter, Merry, is the only blemish on his perfect portrait of the American dream, and that makes her
the novel's most incomprehensible puzzle piece. Merry commits an act of political terrorism in protest of the Vietnam War, after which she retreats into hiding. Years later, the Swede finds her living in squalor. He cries, "You are an American girl from Rimrock New Jersey! A very, very screwed up American girl." Merry's journey from the Swede's beloved American girl to the ghostly figure she becomes merits its own story.
________________________________________

These beloved books are perhaps best known for their male narrators and protagonists. Still, we'd contend that these novels' dynamically flawed and endlessly fascinating female supporting characters each possess depth and complexity deserving of a novel all their own.